The flawed Leftie Gospel according to Timothy 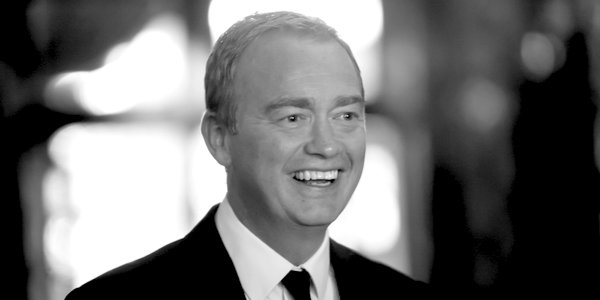 YOU remember Tim Farron, right? Yes, that guy – the former leader of the Liberal Democrats who was humiliated by his own party when they kicked him out for being a Christian. Now poor Tim is suffering from Stockholm Syndrome. He believes that if only his fellow evangelical Christians in the US would not support President Trump, then more people on the Left would come to the Good News. Vote Democrat and more people will convert to Christianity! That’s quite a theory.

Tim holds Republican evangelical Christians responsible for half of the US population not being Christian. You heard that right. He says in the Guardian: ‘The choice of American Christians to publicly back Trump now, and George W Bush before him, has been a dangerous move in a culture war that now means that half of the US has its fingers in its ears when it comes to the gospel . . . The politicisation of US Christianity has undermined the witness of evangelicals everywhere.’

Perhaps Tim Farron thinks he is a better Christian than his American brothers. I mean, just how very dare these Christians vote for Trump, when they could have voted for the pro-abortion, pro-open-border Hillary Clinton, defender and wife of the President who used to receive sexual services from his intern in the Oval Office. The shame – put them in the stocks!

I don’t know if Tim is some kind of masochist who just likes the pain inflicted upon him by the Left, or helplessly naïve, but the idea that the Leftists would suddenly undergo some Damascene conversion if only all the Christians voted Democrat is laughable.

Has he not noticed that not only are the Leftists not Christian or religious – but many of them actually hate religion and hold religious people in contempt? They have chased Christianity out of the public sphere for decades, long before Trump or either Bush came on the scene.

The Left have worked to have Christian prayer banned from public schools; they worked to remove the Ten Commandments from public spaces; they literally persecute nuns (the nuns that hold the hands of dying grannies) because the nuns will not capitulate on their religious beliefs.

The Left call Catholic judges gang rapists (Kavanaugh), they threaten Catholic school boys such that their school is shut down (Covington), and they want to sue Christian bakers and others into poverty for their beliefs.

Tim, these aren’t good people just waiting to be converted. They hate you and they hate your values so it’s time to get with the programme.

Not only that, but the Democrat party has become one of the most radically pro-abortion political parties going. It is no longer a case of ‘safe, legal and rare,’ as per Clinton, but they are pro-late term abortion and want to fund Planned Parenthood, the organisation that kills pre-born babies and sells their body parts.

So I’m not sure it is the Trump voters that are bringing Christianity into disrepute, when all is said and done.

Tim Farron is the type of Christian who would have willingly gone into the Colosseum to be savaged by the lions after saying a prayer for his Roman captors. But I’m not that kind of Christian, and I am glad there are many in the US who are not willing to roll over and see their kids fed to the lions. They are not willing to have their constitutional rights to freedom of religion be trampled on. All of this makes US evangelicals brave, courageous and Christian.