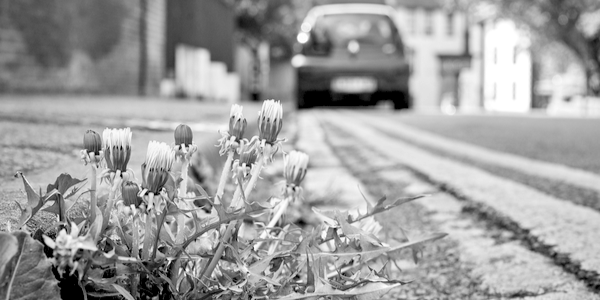 Last week we told on TCW Defending Freedom how Brighton – controlled by the Green Party – is ‘rewilding’ its streets by letting grass and weeds grow on pavements. But where is all this leading? Let’s fast-forward to 2041 …

GOOD morning ladies, gentlemen and those of all genders or none. As your guide, I’d like to welcome you to the inaugural public trek through the South East Eco-Forest (formerly London).

Before setting out, let’s pause for a moment and remember the pioneering Greens of Brighton, whose urban rewilding led the way in 2021. Boy, how those pavements have blossomed!

We’d also like to pay tribute to the Prime Minister for Life, Carrie Johnson, for successfully bringing back nature here to the capital.

If they attack you, it is illegal to harm them. So please note that the rifle I am carrying is not for shooting animals, but for quickly putting out of their misery anyone who is mauled or bitten.

Also be aware that many of the plant species introduced through rewilding are poisonous. If you ingest or are scratched by something toxic, it may take you some time to die, so please move off the trail in order not to inconvenience others.

Any who succumb to flora or fauna can console themselves with the thought that their remains will add to the fertility of the soil.

Our tour starts here, high up in the Hanging Gardens of Battersea Flower Station, from where we can gaze over the sweeping green vista of the afforested capital, whose landmarks, highways and byways have been renamed to be in harmony with their sylvan surroundings.

In the far distance to the west, electric and hydrogen-powered planes are taking off from HeathGrow Airport. As this new aviation technology has not yet been perfected, it is recommended that you keep a wary eye on the skies for falling aircraft. Also try to avoid snagging your anoraks on existing plane wreckage.

Northwards, we can make out Wormwood Shrubs and the Hedgware Road, while to the east is the Oak Kent Road and the Isle of Logs. You can also see that the variegated ivy planted in 2031 has now reached the top of the Shard.

We will start our trek along the bank of the Thames, where mangroves are now successfully encroaching on the river. Then we’ll head towards the prairie region of the Elephant Grass and Castle.

Once there, trekkers please note it is the mating season and from a distance, people such as yourselves with large, bulging backpacks can look to a male bison like a potential partner.

If confronted by one of these amorous animals, try mesmerising it with an ancient Native American hunting chant – you’ll find details in the leaflet I’ll hand out. Failing that, offer it a piece of Kendal Mint Cake.

Scary as the bison may be, we will next encounter the most dangerous beasts of all. Although we hate caging living beings, these creatures are simply too problematical to be left roaming free. Yes, I’m talking about climate change deniers.

They are safely corralled on the pitch at the old Oval cricket ground, and we’ll be able to take seats at the Gasworks End to observe them shouting slogans and propagandising. An especially vociferous group gather at Deep Backward Square Leg, but on no account reply to their taunts.

Around noon, we will stop at Shakespeare’s Globe to watch an abbreviated performance of The Anthropologically-Warmed Winter’s Tale and enjoy a luncheon of fresh nettle soup and acorn cutlets.

Next, we’ll cross the river into the City via the Boris Johnson Memorial Rope Bridge. After paying our respects at Wren’s renamed masterpiece, the XR Cathedral, we’ll head back west to the Greenhouses of Parliament. Today a vote of thanks to the Prime Minister is being proposed there on the tenth anniversary of her taking us back into the EU.

Finally, going up past Gorse Guards Parade and Greta’s Column, we’ll reach the Buckingham Palace Public Allotments to watch the Changing of the Gardenia, supervised by King Henry IX and Queen Meghan.