The Gaza mob are terrorists, not protesters 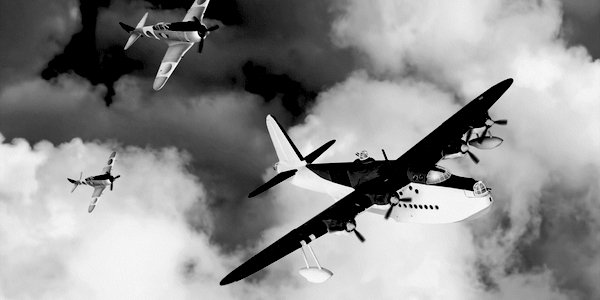 The conduct of the Japanese empire in the closing months of World War II introduced a new word into the English vocabulary: kamikaze. Literally ‘divine wind’ after a change in the weather decided the outcome of a medieval battle, it primarily meant the use of airmen as suicide bombers, some flying specially designed single-use aeroplanes to try to sink US Navy warships as the steel noose tightened around Japan’s home islands in 1945. The intent was clear: the ‘spirited fighting’ of Japanese soldiers would cause such an unacceptable casualty rate amongst the American military that the Emperor could secure a negotiated solution to the Pacific War which would guarantee the independence of Japan and avoid the unconditional surrender demanded by the Allies. The Americans thought otherwise, initiating nuclear warfare to thwart such plans and to save American, but also Japanese, lives.

For decades afterwards, the notion of suicide bombing remained an oddity of the Second World War. Then Rajiv Gandhi, a former Prime Minister of India, was assassinated by a Tamil suicide bomber using an explosive belt in 1991. This seems to have provided an example to follow.

Israel has been the main victim of suicide bombers, but suicide attacks in other countries are widely seen as the preserve of Islamists. This has to be due to the promotion by some Islamist groups of a better quality of afterlife following acts of murder. This is very similar to the suicide culture of the Japanese, where self-destruction was seen as an act of nobility. It is actually nothing of the sort. It is a desperate act in the face of inevitable defeat. It is the strategy of losers. It bears no relation to ‘holding the line to the last man’, as the British Army did when forced on to the defensive on the Western Front 100 years ago during Germany’s Spring Offensive. Suicide attacks are actually offensive actions with no prospect of survival. There is no Captain Nolan giving the wrong order.

The people of Gaza, or at least a sizeable number of them, embarked on suicidal activity earlier this week when they objected to the opening of the new American Embassy in Jerusalem. Their objection has been described as a ‘protest’ in certain news reports. In others, it has been described as a ‘riot’. More than 50 were shot dead by Israeli forces.

The nature of the activity by the Palestinian Arabs does somewhat stretch the use of the word ‘protest’ and ‘riot’ beyond what could be reasonable usage. The Palestinian Arabs have been trying to storm a well-defended militarised closed border with Israel, but have been poorly equipped to do so, hence the fatalities. Who knows what they would do should they succeed, but it would probably not involve the bulk-buying of Kosher goods at a discount supermarket. There have been reports of Palestinian ‘francs-jeteurs’ using the crowds as a cover to throw incendiary bombs at Israeli soldiers. It is reasonable, in the face of violence committed by a people openly educated in anti-Semitism who desire nothing less than the destruction of Israel, for the Israeli Defence Force robustly to defend the border to the point of using lethal force.

People forget that Israel voluntarily evacuated Gaza and handed it back to the Palestinian Arabs. It did so not in the expectation that Gaza would become a base peopled by those who would cause harm to Israel. People also ignore the fact that Egypt also has problems with the conduct of the Palestinian Arabs such that border crossings into Egypt are very heavily restricted and closed altogether at times.

In essence what happened was a variation of the Middle Eastern tactic of the ‘human shield’. In this case, a crowd of civilians bent on violence were used to cover irregular combatants who wear no uniform but still conduct military activity against Israel, daring their enemies to shoot back. When they do shoot back, they are accused of shooting civilians. Given the irregular nature of the combatants and the deliberate use of what can be reasonably described as child soldiers, this is unfair.

The death toll of Palestinian Arabs at the hands of the Israeli military has a single purpose, and that is to provide ammunition in the anti-Israeli propaganda war. It is deliberate provocation for a predictable response. The enemies of Israel will exploit these deaths planned by Palestinian Arabs but will ignore the inconvenient truths of how they came about. Jeremy Corbyn has already started, describing the initiators of the border violence as ‘unarmed protesters’.

This seems quite unusual for Corbyn, who, following Russia’s and Syria’s use of chemical weapons against civilians, called for a considered examination of the facts and a proper international-led investigation before passing judgment. Instead he now has immediately jumped to unshakeable conclusions over Israel’s military response to an assault on its borders. Oh, wait . . .

For us in Britain, the dreadful consolation is that for the last quarter of a century or more, the wider world has been free of the international terrorism committed by Palestinian Arabs which turned aeroplanes, cruise ships, Olympic villages, and airline terminals into slaughterhouses. That this terrorism has been effectively ‘rewarded’ by the granting of territory from which attacks are now launched into Israel should tell people everything they need to know about the Arab-Israeli conflict.