The General parks his tanks on Whitehall’s lawns 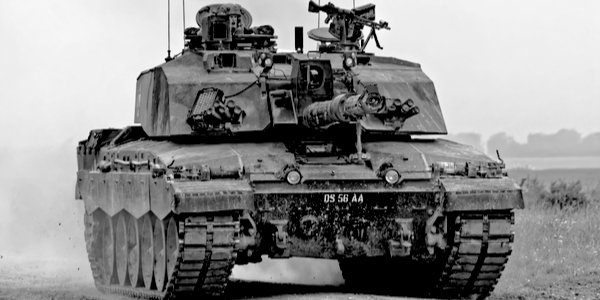 I THINK I have just watched the Chief of the Defence Staff and the Defence Secretary declaring war. (On Whitehall, not Johnny Foreigner.)

On Wednesday General Sir Nick Carter gave a speech on the ‘Integrated Operating Concept’ – you can watch it here or read it here. He was accompanied by Ben Wallace, the Minister of Defence, formerly Security Minister and in his youth a decorated Army officer. The whole event was compered by US General David Petraeus, former US commander in Iraq and Afghanistan (and a military legend). This speech had political and allied top cover.

There was the usual tsunami of MoD speak, much of it banalities, trotting out the old saw about the power of a system being greater than the sum of its parts, balanced by the observation that the same system is only as strong as its weakest link. The general chose not to comment.  There is also homage to Mr Cummings’s beloved swarming drones (still yet to be developed, let alone deployed or used) and a mention of Covid (in the context of internet misinformation about data, not policing the streets). There was the usual stuff about emerging technology: ‘war is increasingly about hiding and finding’ – it always has been, that’s why we have reconnaissance and things like JSTARS (entered service in 1991).

The meat of the speech was General Sir Nick’s exposition on the expansion of the spectrum of warfare by our ‘authoritarian enemies’ (that’s Vlad and China) in the context of the Prime Minister’s view of post-Brexit Britain’s role in the world as ‘outward looking . . . internationalist . . . burden-sharing and problem-solving’. General Sir Nick explained that in the Cold War the state of war was well understood internationally (Nato had an agreed definition of a ‘hostile act’ which was quite substantial – after all, one wouldn’t want to kick off Armageddon because few tanks or jets got lost).

While the post-Cold War West got busy turning swords into ploughshares and then blundered into the intractable problems of Afghanistan and Iraq, our authoritarian rivals east of the Vistula got creative. They studied our weakness, noted our aversion to body bags and developed technology to give them capabilities below the West’s threshold of full-on war, as demonstrated in Crimea and Ukraine. They developed organisations such as the Wagner Group which operate as private military contractors (a prolix way of saying mercenaries) as seen in Crimea. As these are not clearly state forces, the West doesn’t feel able politically to confront them with armed force.

The General noted that those parts of the world with shaky governments, such as the Horn of Africa, are prone to drifting into authoritarian spheres of influence. Again, the fastidious West’s aversion to body-bags and love of the rule of law (a flaky concept at international level) mean that we don’t confront the threat at a low level of intensity. By the time the reality dawns it’s too late – the aggression is backed by real military power and the West faces a fait accompli.

This isn’t a new problem. Famously Bismarck didn’t consider the Balkans as ‘worth the life of one Pomeranian Grenadier’. General Sir Nick’s solution is beguilingly simple: ‘Add competition to the traditional deterrence model of comprehension, credibility, capability and communication.’

We must be prepared to fight fire with fire. Create forces able to act at less than full-scale war while retaining the ability to switch up to full war-fighting – which the General reminds us is ‘always visceral . . . always violent’. Be prepared to commit them early and you may avoid losing later. We must be prepared to compete with the opposition at every level to contain them, constrain their ambitions and deter their mischief.

This requires flexible armed forces, properly integrated both within and outside the armed forces with other non-MoD organisations, such as the Foreign Office (particularly, I suspect, what used to be DfID), the Home Office and industry (to develop new capabilities rapidly). And of course with allies.

Most importantly, they must be forward deployed with sufficient logistics to be able to operate at short notice. The General referred explicitly to the level of preparedness during the Cold War, when the entire Nato force in Germany could deploy from barracks to war in six hours; some RAF planes carrying bombloads of ‘instant sunshine’ could get airborne in minutes. This is not cheap (it takes practice and testing) – especially in an organisation that has repeatedly put the ‘front line first’, i.e. saving money by skimping on the vital logistic elements.

The point was made that the credibility of forward deployed forces hinges on them being supported by the full panoply of weaponry, right up to a full, necessarily deployable war-fighting capacity. If the money can’t be found (and this ain’t cheap) for the long term, it won’t work. Boris’s vision becomes a delusion.

The General has parked his tanks on several Whitehall lawns with the full support of his political master. It’s up to Sunak and Johnson whether they stay there – the answer will be in the defence budget.  However they have been warned that sacrificing our armed forces on the altar of post-Covid austerity also destroys any hope of an integrated foreign policy.