The glory of Epiphany 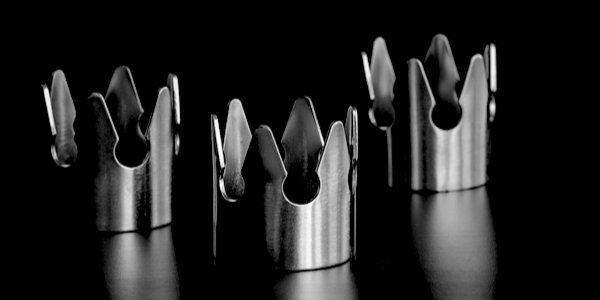 IT IS a shame that Epiphany is so overlooked. It’s as if we’ve had enough rejoicing once we’re into the New Year. But Epiphany is one of the great festivals alongside Christmas, Easter and Whit. The word ‘epiphany’means shining all around. The Epiphany gospels are thrilling and sensational and I want to look at them today.

First let’s try to understand the nature of an epiphany. Ezra Pound wrote: The reader who opens a book has a right from time to time to be refreshed with shards of ecstasy. And that is what epiphanies are: ecstasies. James Joyce took Pound at his word and sprinkled his own stories with thrilling, revelatory moments which he called epiphanies. We find epiphanies in the Christmas stories: And the glory of the Lord shone round about them: and they were sore afraid. Sore afraid – it means they were in awe. Handel captures the vision brilliantly in that chorus from Messiah: And the glory of the Lord . . .

An epiphany gives us a heightened sense of reality. A brighter vision. So we sing the Epiphany hymn Bright the vision that delighted once the eye of Judah’s seer. Epiphanies are a natural consequence of the Incarnation: it is the Spirit of God brooding over the world, haunting the world, electrifying the landscape and its place in the gospel narrative.

So let us turn to the first of the Epiphany gospels – the story of the visit of the wise men. The first chapter of St Matthew’s gospel is a fairly dull account of the genealogy of Christ tracing all his ancestors back as far as Abraham. Suddenly the opening of chapter two is this: There came wise men from the east to Jerusalem. In the next few verses Matthew sets out the whole dazzling scene: the star; the personification of evil in King Herod; the threat to the life of Jesus as soon as he’s born; the three gifts – gold, frankincense and myrrh.

The story is larger than life, possessed of an intense luminosity. Full of glory. The Hebrew word for glory is kabod, which means weight. The three gifts are worth their weight in glory. Their glory shines out epiphanously. The Greek word for glory is doxa. Think of paradox, which can mean two contradictory opinions. But para means beside. So with a paradox you can also be beside glory – the glory of God. And this is right: for spiritual truths are not literal expressions of meaning but heavenly, transcendental signs which unite things we thought were opposites. The principal paradox of Christmas and Epiphany is God and Man in the one person of Jesus Christ.

The wise men came to the place where he was born. They saw him with Mary, his Mother. The gold is for kingship. The frankincense is for worship. It is in itself an olfactory epiphany – aromatic, penetrating. Then they give Mary the jar of myrrh. The Mother who receives the myrrh as she cradles her newborn will take myrrh again and cradle him once more as she prepares his body for burial. Another paradox: birth and death. No wonder Eliot has the wise men ask in The Journey of the Magi: ‘Were we led all that way for Birth or Death?’ The answer is both. The paradox.

The second of the Epiphany gospels is the story of Jesus as a boy of twelve, left behind in the Temple ‘sitting in the midst of the doctors, both hearing them and asking them questions’. These startling gospels repay you if you concentrate. Meditate on that astonishing phrase with which the story begins: And when he was twelve years old . . .  Doesn’t that pack some power? You can just about bring yourself to imagine God striding the hills of Galilee as a full-grown man. You might even be able to think of God as that baby with his Mother. But the idea of God as a lad. It is such a strange and tantalising thought. Miraculous. And once again Jesus is paired with his Mother. It is she who takes him to task, as mothers do with their lads: ‘Son, why hast thou thus dealt with us? Behold, thy father and I have sought thee sorrowing.’ And it is his Mother who kept all these sayings in her heart. She is looking back to when he was a child. And now she begins to understand that he is on the threshold of that manhood which will lead to Gethsemane, Calvary and his destiny spoken of by the angel Gabriel. The Epiphanous sign, the looming, ominous reference, is in the words after three days they found him. The three days look forward to Good Friday and Easter

The third of these Epiphany gospels opens with the striking sign, ‘And the third day there was a marriage in Cana of Galilee’ . . . the third day once again. And again the emphasis: And the mother of Jesus was there. And you remember the story. It is his Mother who tells him They have no wine. And his terrible reply: Woman, what have I to do with thee? Mine hour is not yet come. And she is witness as he turns the water into wine. And she is there also when his hour does come and she sees him shed the wine of his blood.

When we speak of reading the gospels, we don’t mean we should just read them through, as you might glance at the morning paper. What we must do is take one dazzling phrase at a time and concentrate on it. Concentrate – that’s all we mean by meditate. And by this concentrated use of your imagination, the inner glory of the gospel will become clear. It will not just become clear, but, repeat the exercise day in and day out and the gospel will possess you. It will form your deepest consciousness. You will belong to it and it will belong to you. You will find yourself being remade, rebuilt out of a reality so vivid and so deep that what you previously regarded as real life will seem like only a shadow. That is the meaning of Epiphany. Shards of ecstasy.