The Golden Globes and a demonic celebration of abortion 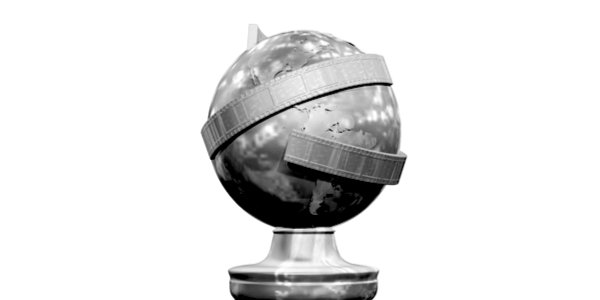 IN bygone days, an actor or actress accepting an award usually thanked their mother, their agent and perhaps God. Last year at the Golden Globes Christian Bale thanked Satan.

This year one of the winners, Michelle Williams, thanked her abortion for enabling her to go on to have a successful career. The glitzy audience sat there and applauded the killing of an unborn child while sipping champagne. It was positively demonic.

Williams said: ‘I’ve tried my very best to live a life of my own making and not just a series of events that happened to me, but one that I can stand back and look at and recognise my handwriting all over.

‘Sometimes, messy and scrawling, sometimes careful and precise. But one that I had carved with my own hand, and I wouldn’t have been able to do this without employing a woman’s right to choose.’

She continued: ‘Women, 18 to 118, when it comes time to vote, vote in your own self-interest. It’s what men have been doing for years, which is why the world looks so much like them. But don’t forget, we are the largest voting body in this country. Let’s make it look more like us.’

Williams ended the speech by raising her trophy and saying: ‘Tommy and Matilda, I can’t wait to come home to you.’

The message Williams is giving to young women is ‘I couldn’t have a successful career without sacrificing one of my unborn children’. She also suggests that the world looks like men (who have been voting in their own self-interest) and yet she accepted the choice that this male-dominated world offered her: abort your child or have a successful career. That doesn’t sound very feminist to me. That sounds like you just went along with the rotten deal the patriarchy offered you.

It has never surprised me that some of the chief exploiters of women down the years such as Bill Clinton, Harvey Weinstein and Ted Kennedy were and are huge abortion supporters. Abortion – always a friend to abusive men; it makes their long reign of terror so sustainable.

The love Michelle Williams expresses towards her children should be something we would all celebrate. But the truth is, and perhaps this is a truth they too will come to realise as they grow older, that if little Tommy and Matilda had been conceived at a time inconvenient to their mother she wouldn’t be coming home to them; she’d be heading to nearest the abortion clinic to end their lives. Williams wanted to live her ‘best life’ whatever the cost to others.

I’m not sure we should be living our ‘best life’ if it includes sacrificing the next generation. I believe in living a virtuous life. This is a lot more challenging as it means you have to do less in your own ‘self-interest’ and more in the interest of others around you, especially the most vulnerable and voiceless, like the unborn child.

This year’s Golden Globes ceremony appeared to be all about Ricky Gervais and his mockery of the Hollywood elite. But the real story was the satanic celebration of the death of the unborn child of Michelle Williams. Truly, it was frightening to watch.