The Golden Temple and a diplomatic disaster 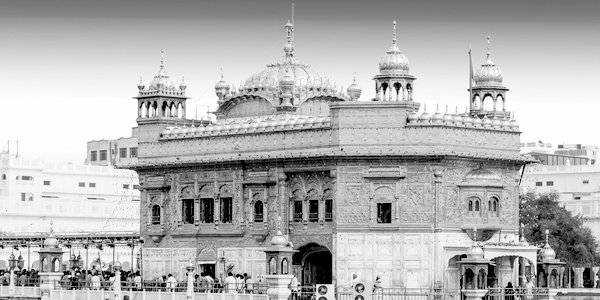 ‘The Permanent Under Secretary is responsible for advising the Foreign Secretary and the ministerial team on foreign policy, and for managing the FCO [Foreign and Commonwealth Office]. He chairs the FCO Board and is also Head of the Diplomatic Service.’

This job description for the UK’s leading diplomat comes from the government’s website. It does not state any specific knowledge requirement for the top Foreign Office job. One might suppose, however, that the incumbent, currently Sir Simon McDonald, would be expected to know that the Punjab’s revered Sikh Golden Temple in Amritsar is not a mosque.

‘At the Queen’s birthday party, presented with picture of The Queen at Golden Mosque in Amritsar in 1997, a permanent memento for Deputy High Commission’s wall.’

Realising, or being tipped off, about his insult to the Sikh community Sir Simon eventually apologised:

‘I was wrong: I am sorry. I should of course have said the Golden Temple or, better, Sri Harmandir Sahib.’

Religious sensitivities matter a great deal in diplomacy, especially on the sub-continent. They were, after all, a trigger for the Indian Mutiny (1857-59), a rebellion known in India, for reasons still important today, as the First War of Independence.

This UK diplomat’s insensitivity coincides with several related issues adding to tensions. They range from neglect of Sikh war memorials to lack of maintenance for the heritage street that leads to the Golden Temple. I know from personal experience that these complaints are not without justification.

The modern history of the Punjab is writ in blood. Most recently, the bloody storming of the Golden Temple by the Indian army in 1984 and the subsequent anti-Sikh riots following the assassination of Prime Minister Indira Gandhi by a Sikh bodyguard have left a bitter legacy. Above all else, our diplomats need in-depth historical knowledge and understanding of the countries where they are representing British interests.

The response of Bhai Amrik Singh, chairman of the UK Sikh Federation, to the ‘Golden Mosque’ tweet reflects a real concern about the direction of travel for some aspects of UK diplomacy:

‘This was a major gaffe by a top civil servant and totally unacceptable. In our view, a public apology and admitting the mistake is not enough. What we need is a commitment from the UK Government and senior civil servants to root out such ignorance and discrimination or we will continue to face hate, abuse and threats of violence.’

Even Jeremy Corbyn has cottoned on to the significance of the Golden Temple. He has promised to investigate British undercover involvement in the events of 1984. Doubtless he sees it as a vote-winner with the Sikh community. Less of a vote-winner, though, may be Diane Abbott, the shadow home secretary, who has courted black voters by telling them: ‘The earliest blacks in Britain were probably black Roman centurions that came over hundreds of years before Christ.’ Given that Christ died around AD 33, a decade before Claudius’s conquest began and less than a century after Julius Caesar’s two ‘invasions’, her ignorance is remarkable.

‘Rooting out ignorance’, as much amongst our so-called civil service intellectual elite as amongst unemployable school leavers and empty-headed politicians, is becoming a growing challenge for the UK. It is, also, at the heart of the Windrush fiasco.

The future of post-Brexit Britain will depend heavily on the quality of our diplomatic corps and home civil service. Historical knowledge and understanding, especially of the British Empire, has never been more important. It will certainly need to underpin our relationship, including stronger economic ties, with other Commonwealth members.

Placing the Empire and the Commonwealth at the heart of the school history curriculum would be a start. Its current status is that of ‘Examples (non-statutory)’ that teachers ‘could’ include in their history lessons.