NewsPaperthe art of publishing
HomeNewsBetrayed: The graduates in search of jobs that just aren’t there
149

Betrayed: The graduates in search of jobs that just aren’t there 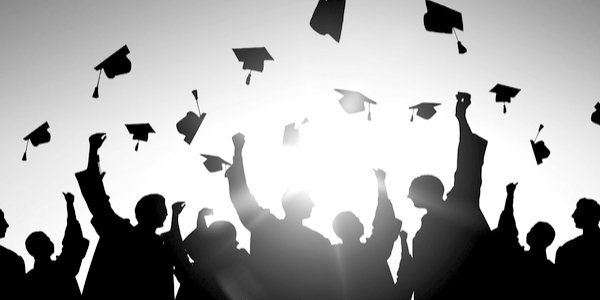 About thirty years ago, there were around 800,000 students in UK higher education (HE). Now there are more than 2.3million. In the 1980s, fewer than one in six school-leavers went on to HE. Now about half will go to university or a HE college. Moreover, a survey conducted by the Institute for Education found that 97 per cent of parents wanted their children to go to university. But is a Uni education really the best decision for so many school-leavers?

Since the 1960s, it has been the policy of successive governments that the more young people who went on to HE, the more our country would benefit. However, despite a tripling in the number of university graduates since the 1980s, many UK employers have been struggling to find qualified job applicants, especially in STEM (Science, Technology, Engineering and Maths) subjects, and have increasingly been forced to recruit from abroad to fill their more skilled positions.

As for university students, a massive surplus of graduates flooding on to the jobs market has made it increasingly difficult for them to find the graduate jobs they were as good as promised by the universities’ glossy marketing materials. In one year, there were more than 15,000 psychology graduates but only 720 training places available. Similarly, universities were educating around 8,500 forensic science students in the UK and yet there are only around 2,000 people working in the sector. A typical forensic science job may have over 1,000 applicants. One police chief described forensic science degrees as ‘a savage waste of young people’s time and parents’ money’. Even in law, a subject where a student might have a reasonable expectation of a job and a career, our universities are churning out over 17,000 law graduates a year for only 5,400 training places. More than one in ten childminders now have degrees, as do one in six call-centre staff and about one in four air cabin crew and theme park attendants.

There are at least two problems with the way our universities have expanded. Firstly, to find enough school-leavers to fill their courses, many universities have significantly lowered their entrance requirements. Recent figures show that 51 per cent of school-leavers were accepted into university with 3 Ds or lower at A-level. One university had a staggering 97 courses available for students with just 2 Es.

A second issue is that much of the universities’ expansion has occurred in subjects where there is no clearly identifiable need in the jobs market. Despite a tripling in the number of HE students since the early 1980s, the number studying engineering, pure maths, chemistry and architecture fell. But there were massive increases in the numbers studying psychology, social sciences, media studies, photography, forensic science, gender studies and creative arts and design.

Since 2012, universities have been able to charge students up to £9,250 a year plus inflation. The results are striking. Average student debt shot up from around £19,000 before the fees increase to about £59,000 in 2018. Latest estimates from the Institute of Fiscal Studies are that 83 per cent of students will be unable to repay their debts in full. Other calculations suggest that less than half the money loaned to students by taxpayers will be repaid. As for the hundreds of thousands of students who will graduate with little to no chance of ever finding a graduate job, much of their working lives will be blighted by their massive debts which will hinder their chances of achieving the rites of passage young adults expect – moving away from home, buying a property, getting married, having children.

Meanwhile the universities seem to be drowning in money since the fees increase. In just a few years, total university reserves have shot up from around £14billion to more than £44billion. This has led to a building spree as they splash the cash on new facilities and campuses in the expectation of ever-rising student numbers.

However, as ever more graduates flood on to the jobs market with huge debts and little chance of a job enabling them to repay those debts, disillusionment in a university education may spread. People will realise that the universities and the politicians have mis-sold the benefits of their increasingly dumbed-down and often worthless degrees. Students and parents will be livid when heavily-indebted graduates cannot find graduate jobs and they understand that billions have been paid to universities for little in return. Already we are seeing students suing their universities for misleading them into taking courses that had no chance of ever living up to the golden promises in the universities’ marketing prospectuses, and several universities have been forced by the Advertising Standards Authority to withdraw inaccurate claims in their marketing material.

Of course, university is the right choice for school-leavers intending to study serious subjects at reputable institutions. But school-leavers and their parents need to consider seriously whether a degree in cultural studies from the University of Nowhere really is worth three years and £60,000 in tuition fees and living expenses.

This article is based on the book The Great University Con: How we broke our universities and betrayed a generation by David Craig and Hugh Openshaw (The Original Book Company £7.99) 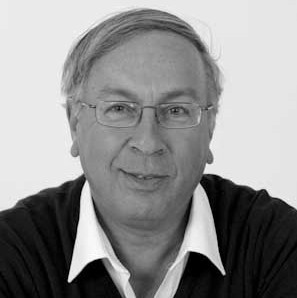