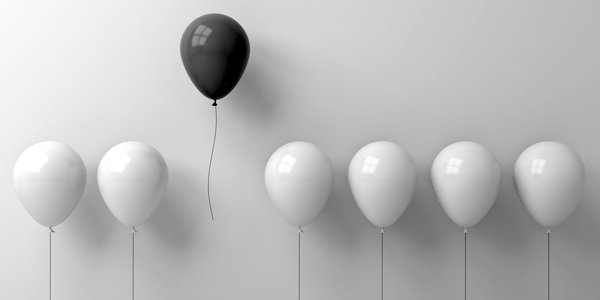 What do Planned Parenthood and the Church of Scotland have in common? One provides abortions and the other provides baptisms. One kills babies and the other baptises babies. However, two dispatches in the last week show that the organisations now have a common mission.

Planned Parenthood wildly tweeted its latest discovery: ‘Some men have a uterus.’  It repeated this sentence like a litany 11 times in the tweet. The Church of Scotland ecstatically issued a 30-page document declaring its revised creed: ‘Some men have vaginas and some women have penises.’

There is no gender distinction. Gender is fluid. You can choose your gender. You can be any one of 56 genders on Facebook.

There is no distinction between humans and animals. If you can put your pet to sleep you can murder a child in the womb. Conversely, if killing humans is wrong, then killing animals is wrong. In 2003, People for the Ethical Treatment of Animals (PETA) ran a campaign called ‘Holocaust on your Plate’, juxtaposing images of animals in slaughterhouses with images of humans in Nazi concentration camps. In the US, Richard Topolski conducted an experiment at Georgia Regents University asking 500 people: ‘If a bus is hurtling out of control bearing down on a dog and a human which would you save?’ Forty per cent said they would save the dog.

There is no distinction between religions. It is offensive to distinguish Christians and Muslims for purposes of immigration. Last year, I wrote about Christian leaders in America and Britain who attacked Donald Trump for prioritising Syrian Christian refugees over Syrian Muslim refugees.

There is no distinction between people of your country and people of other countries. Borders must be torn down. Patriotism is a bad word. Saudi Arabia, where women caught in adultery are stoned to death, is no different from Germany, where women are free to make their own choices.

There is no distinction between good and bad art. Michelangelo’s great sculpture of David is as good as Petra, Marcel Walldorf’s disgusting sculpture of a female police officer in riot gear squatting and urinating, displayed at an art exhibition in Dresden. There is no distinction between a complex Bach toccata and fugue and a wandering Indian minstrel plucking a one-string drone instrument.

The Church of Scotland needs to read the first page of the Bible. There are distinctions. God creates these distinctions. To deny distinctions is to deny God. Distinctions are God’s signature tune in creation. The Hebrew word used in the creation account of Genesis can mean distinction or separation or division or barrier. You don’t have to be religious to accept the axiomatic truths of distinctions in creation, if like Professor Jordan Peterson you read the text as a cosmology written for a pre-scientific world.

Sin enters when separations are spurned. God distinguishes permissible fruit from forbidden fruit. Eve and Adam violate that distinction. Cain violates the distinction between human and animal. He kills Abel just as Abel had killed a sacrificial animal. The violation of distinctions peaks in the early chapters of Genesis when, in a bizarre story, the ‘sons of God’ have intercourse with the ‘daughters of man’.

Noah’s flood follows this story of unnatural sex between angels and humans. The flood narrative is about God judging the world by removing the separations he has created. God exacerbates the flood by getting rid of the barrier between the waters above and the waters below and the barrier between land and sea.

Later, in Genesis, God destroys Sodom and Gomorrah when men lust after other men and desire to rape them with no regard for distinction between male and female. No doubt, there are good and bad distinctions. You don’t distinguish between people on the basis of race because there is only one race – the human race and because God created all human beings in his image and likeness.

And yet, the University of California has a list of ‘micro-aggressions’ which forbids a white person from making the statement, ‘There is only one race, the human race’. But the entire project of intersectionality is creating distinctions on the basis of victim groups while eroding the distinctions in creation!

G K Chesterton’s 1929 book, The Thing, reminds us of the wisdom of distinctions. Chesterton writes of a fence or gate erected across a road. ‘The more modern type of reformer goes gaily up to it and says, “I don’t see the use of this; let us clear it away.” To which the more intelligent type of reformer will do well to answer: “If you don’t see the use of it, I certainly won’t let you clear it away. Go away and think. Then, when you can come back and tell me that you do see the use of it, I may allow you to destroy it.”’