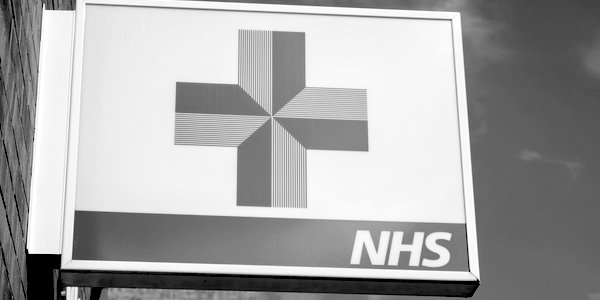 I’ve just sent off my entry to a quiz in Ausblick, a magazine published by Swiss Railways. There were three statements, only one of which was correct. So I had to tick the right box in the hope of winning an e-bike. It also looked remarkably similar to the latest reported solutions to the NHS funding crisis.

The Institute for Fiscal Studies (IFS) and the Health Foundation have issued a joint report, arguing that there is no feasible alternative to putting up taxes to meet the growing demands of the next fifteen years – driven by changing demographics, chronic illnesses, and rising staff and drugs costs. IFS director Paul Johnson laid out the alternatives: higher taxes and a health system which meets public demands, or taxation at current levels which will mean the NHS delivering less and less. Various numbers were bandied about – 3 per cent increased funding per annum; 5 per cent, and the bombshell – nothing less than £2,000 extra taxation per household.

From every household? Surely only those which currently pay tax at all. The problem is that the proportion of all households paying tax is starting to slip below 50 per cent. Furthermore, many of those tax-paying households adopt prudent healthy lifestyles, and may well resent having to fork out a great deal more to finance the healthcare of other households who may take a more cavalier attitude to their lifestyles.

But back to the solutions:

Institute of Economic Affairs news editor Kate Andrews wrote in the Economist that an infinite injection of cash into the NHS would do little to improve its international ranking for health care performance. It is a system which was never designed to cater for the needs of 65million people and an ageing demographic, especially where fewer than half pay into the system. A top-down centralised model dictating health policy cannot compare with a de-centralised social health insurance system, as adopted in most countries, where funding goes straight from the patient to the provider, and everyone has ‘skin in the game’.

Then Thursday’s Daily Politics on the BBC came up with yet another solution – a real humdinger!

Special guest on the programme was Ms Ann Pettifor, introduced as ‘an economist’ and in fact director of PRIME (Policy Research in Macroeconomics), a Keynesian, and adviser to the Labour Party, in particular to the shadow chancellor. Ms Pettifor claimed that the NHS could be funded by more government borrowing, rather than increasing general taxation, and that such borrowing would be self-financing. Yes, that’s right – self-financing. I watched the discussion several times, just to be sure what she was actually saying. She suggested that by employing even more people, the amount of taxation generated by NHS staff would fund the borrowing.

Common sense tells me this must be rubbish – a bit like trying to pull yourself up by the bootlaces. If it was the case, then surely it would be already being done: goodness knows, the NHS needs both more staff and more cash. I have searched online to find some more detailed explanation for this financial miracle, but without success. So I had to rely on an unofficial financial adviser (I only got a B in higher maths, although my arithmetic score was 100 per cent). This is what we worked out:

A new nurse will cost the NHS, say, £22,100 in salary and £1,890 employer’s NI, per year. The website UKtaxcollector.co.uk calculates maximum total deductions for the year as £3,700. Add this to employer’s NI and the government gets back £5,590 at the end of the year. So the net cost to pay the salary is £18,400. Even if this is borrowed at 0 per cent, it will still have to be repaid when the bond matures, so the real cost can never be less than this amount per year. Since the nurse does not produce any income stream, this can never be described as self-financing. Yet more Left-wing newspeak.

The eventual solution will undoubtedly end up as a fudge. The £2K pa will be heartily embraced by large-state idealists and non-taxpayers, but will stick in the throats of the taxed-enough-already. The insurance concept will be rejected, as an act of national sacrilege. Perhaps Ms Pettifor’s demented logic will appeal to the political class, as an invisibility cloak to disguise yet more borrowing.

So – three boxes to choose from: higher taxes, higher borrowing or personal insurance. I know which box I’d be ticking. In the meantime I’m happy to stick with the Swiss system, which I see has succeeded yet again in being ranked among the top five in the world.