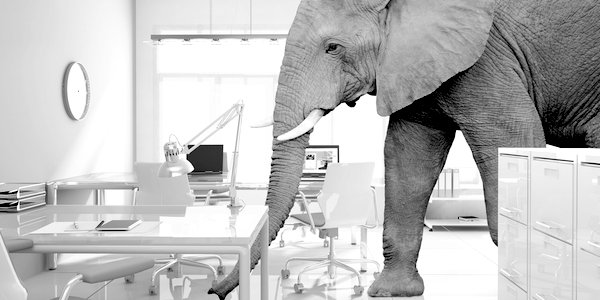 IN THE polarised debate on Brexit and in the political and culture wars behind it, pre-determined points of view are re-stated endlessly, facts used selectively and, most importantly, inconvenient facts that may undermine those views wilfully ignored.

But ignoring important facts undermines debate, creates justifiable anger and misleads the public. Happily, the public is rarely fooled as it is used to a dissembling political and media class.

So when it is (rightly) said that this or that type of Brexit wasn’t on the Referendum ballot paper, those trying to undermine the result should also point out that there was no type of ‘Remain’ on the ballot paper either. They don’t.

As it turns out but is usually unsaid, the Remain option involves well advanced moves towards greater European integration opposed by the then Conservative government, enforced common tax regimes, a Treasury with a finance minister, a single budget and a new eurozone parliament. It even includes the deeply opposed and supposedly mythical idea of an EU army, which now seems to have strong support.

None of these were on the ballot paper but are now firmly on the EU’s current agenda. The status quo that was the EU in June 2016 was not on the ballot paper any more than a particular Brexit destination. This undermines the argument that the referendum was invalid because it was uncertain what that post-Brexit world would be like.

Pro-EU campaigners will still describe the EU as primarily a trading entity without even mentioning its transformation through the major Treaties into a political and social agency driving an agenda that affects all the member states and is largely out of their control. Is this what Amber Rudd wants? If so, she should come clean.

It typically remains unsaid that power has accrued to the European Commission simply by virtue of the expansion of member states to 28 in 2004/5. This means the need for a body organising, collating and appraising all the competing views in a way that simply wasn’t necessary when the EU was less than half the size. The member states have lost a lot of power and that’s the plan. There is a case for a new country, the United States of Europe, and EU supporters should have the courage to say they want it and justify it. Because it’s not popular with anyone they don’t.

‘No one voted to be poorer’ has often been used as a justification for querying the validity of the Referendum result even though it is rarely acknowledged that most polls, post-Referendum, showed that some form of the sovereignty issue topped the reasons why people voted the way they did. Nearly half of Leave voters said the biggest single reason for wanting to leave the EU was the principle that decisions about the UK should be taken in the UK. As for being poorer (or richer), that wasn’t on the ballot paper either, though the economy was a bigger driver for Remain voters.

No one, however, can have missed the torrent of media coverage saying that we would indeed all be much poorer just by voting to leave, let alone actually leaving. Few of those promoting that idea later pointed out that the economy did not collapse although the counterfactual that it might have grown a little quicker with a yes vote is possible but unknowable (Project Fear Mark 1), despite our continued stalwart economic performance post-leaving. It’s all embarrassingly unsaid.

On the other hand, some ‘Leave’ leaders have been far too casual in predicting an easy free-trade deal with the EU and little economic disruption. They are slow, or fail, to admit both claims are now at risk of being proved wrong.

They underestimated the intransigence and unity of the EU in opposing Brexit no matter the costs to the member states, but rarely say so. By claiming that he was the EU in this debate, the Irish Taoiseach, Leo Varadkar, epitomised that unified front which Leavers did not anticipate.

Businesses, unsurprisingly, want certainty. That is repeated ad nauseam as a reason to remain, or go quickly and quietly, by its leaders. But those leaders almost never say that businesses live with major uncertainty as part of their very existence. Or indeed that the economic argument about what is good for business is not the primary issue.

‘Remain’ campaigners like to claim that David Cameron didn’t have to call a referendum. That leaves unsaid the mounting pressure from a victory by UKIP in the 2014 European elections (the highest vote share at 27 per cent), high UKIP national opinion poll ratings, haemorrhaging Tory party membership and credible referendums held locally by ‘The People’s Pledge’ on turnouts comparable to local elections. The latter demonstrated a strong desire for a referendum.

A balanced assessment of the facts shows it was not a matter of the Prime Minister pandering to a small number of his backbenchers: a point rarely raised because of the reluctance of major parties to give any credit to UKIP for forcing the Referendum.

The failure to interrogate opposing views from those held by the mainstream media organisations is symptomatic and not confined to the Brexit example. Openness, balance, scepticism and properly informed debate are lacking.

With a month to go to the prescribed exit day, you would be forgiven for thinking the government’s focus would be on preparing business and the public for a ‘no (trade) deal’ – since it is a real possibility. Information on what’s been done, what should work, what might not, what the contained risks are, and what is genuinely unknown or unknowable, should be coming from every government department and quango. But it isn’t.

Instead we are left with hyped-up guesses masquerading as rational arguments for a disastrous outcome or a relatively smooth transition. All thanks to a culture of secrecy and the great unsaid.