The Green Knight and the death of chivalry 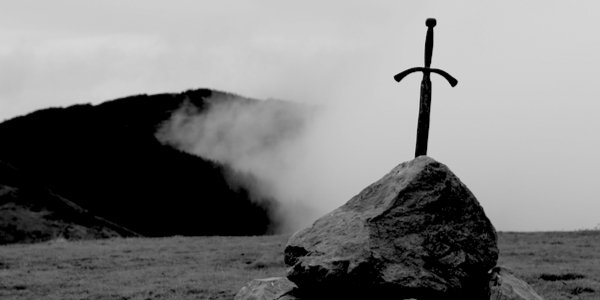 I WATCHED David Lowery’s new adaptation of The Green Knight the other day on Amazon Prime video. Sir Gawain of the Arthurian legends, played by Dev Patel, is the stylish central character intended to represent the promise of his uncle King Arthur’s court. He is challenged by the Green Knight, a monster who has fascinated the likes of C S Lewis and J R R Tolkien (before he wrote the Lord of the Rings trilogy).

The story involves Sir Gawain striking a bargain with the Green Knight by chopping off his head on Christmas Eve and allowing the blow to be returned in a year’s time. Gawain’s downfall in the end is embodied in the green sash he receives from the Lady Winifred. Although he dutifully performs the chivalrous deed of diving into a deep lake to retrieve her dead head (which comes back to life after he throws it on the floor of a cave), Gawain never manages to transcend his baser desires and eventually succumbs to worldly corruption. As predicted by Winifred, the rot, lizards and mould finally conquer everything,

The Green Knight’s haunting of Dev Patel in the movie reminded me of the harmonica-playing Charles Bronson in the 1968 spaghetti western Once Upon a Time in the West. There is something deeply satisfying and inspiring in that film about the war between two characters which, however, is missing from most of today’s movies and perhaps that is because, in the words of C S Lewis, today’s men are ‘without chests’ (from The Abolition of Man): ‘We make men without chests and expect from them virtue and enterprise. We laugh at honour and are shocked to find traitors in our midst.’

Indeed one critique of The Green Knight cites the above lines by Lewis in asserting that both its Gawain and today’s audience lack any comprehension of true nobility: ‘The 14th-century romance Sir Gawain and the Green Knight was written before the great deconstruction of Christian virtues in the modern mind. But the film adaptation, The Green Knight, could not be a more post-Christian, more 2021 story – for it is a film about honour full of men without chests, distributed to an audience that has been raised to disdain the search for greatness.’

Sir Gawain is just one of the current movie heroes who are attempting to create a modern messianic figure. Of these, the film Dune (in which the central character is viewed by a tribe of desert natives as their saviour), seems most closely to match traditional iconography and mixes Islamic and Buddhist symbolism with that of Christianity.

But none of these purported saviours can offer the inspiration of any sort of transcendence from the futility of our human condition without, as Lewis puts it, a chest. The chest, in the heart as shaped by virtue, is the only hope for mastering our animal instincts. It is this which enables a man (or a woman) to stay the course in battle, to protect the vulnerable and to aspire to a higher calling than the mere achievement of celebrity or accumulation of monetary wealth and possessions.

In our consumerist post-truth culture, the chest has all but been abandoned in favour of the glorification of the self. The void created by a lack of divinely inspired goodness is now filled with political slogans, marketing adverts, propaganda and falsehoods. Men have borne the brunt of this, whilst being taught about the ‘toxicity’ of their gender, and portrayed as evil power-grabbing monsters perpetuating a system of ‘patriarchy’.

What if instead of pointing the finger we all stopped playing the blame game and tried to instil true virtue into the hearts of men and women? It seems as if that would be a better start to unravelling the mess society has become.