The grim diagnosis: We didn’t prepare to face an epidemic 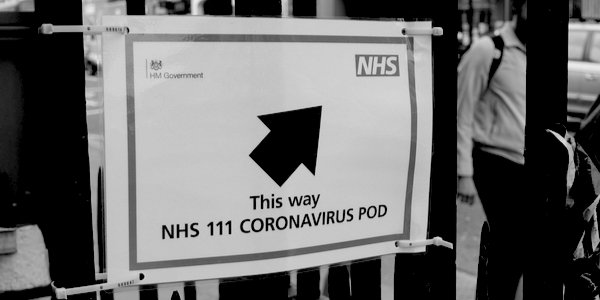 IF you are still reassuring yourself that we just need to be British about it all, please read these two accounts by hospital doctors in Italy, which spell out what happens when medical services are overwhelmed: here and here.

Note from the above that other life-threatening emergencies remain untreated, even unassessed. It’s not just coronavirus victims who will suffer. These medics tell us we must take great care with old and vulnerable family and acquaintances, to reduce the chance that they may have to come calling on a system that can do nothing for them.

Once again, please read the above accounts.

Conservative commentator Iain Dale reminds us of the long-term decline in the UK’s hospital bed provision, something he warned us about two years ago, as the usual suspects chose to blame Conservative governments alone.

He writes: ‘It is geriatric beds which have experienced the most serious decline, with the advent of the policy of getting older people out of the NHS system as soon as possible. All parties have bought into this, on the recommendation of the medical experts. That policy could soon come back to bite them if the coronavirus crisis gets as bad as many people think it will.’ [my italics]

Read his whole paper. It is a fascinating account of yet another fundamental Blair policy blunder. By the same token, nobody planned for that other Blair policy outcome – the country’s dramatic population increase.

The long-term result, according to this ranking on Wikipedia, is that our beds per capita are fewer than Italy’s, and one-third of Germany’s (which could help to explain the latter’s lower Covid-19 fatality rate).

Meanwhile, over in Moneyland, we have the insane, Shkreli-like, unempathic suggestion from CNBC financial commentator Rick Santelli: ‘I’m not saying this is the generic-type flu – but maybe we’d be just better off if we gave it to everybody. And then in a month it would be over, because the mortality rate of this probably isn’t going to be any different if we did it that way than the long-term picture, but the difference is we’re wreaking havoc on global and domestic economies.’

Interviewed on ITV’s This Morning yesterday, Boris Johnson said: ‘One of the theories is perhaps you could sort of take it on the chin, take it all in one go and allow the disease, as it were, to move through the population without really taking as many draconian measures. I think we need to strike a balance.’

As wise owl Richard North observes, ‘adoption of the “take it on the chin” option would lead directly to hundreds of thousands of avoidable deaths’.

North also points out that the UK has long neglected to prepare for an epidemic, and links to this study that was published just before WuFlu hit and said presciently: ‘A serious influenza pandemic is very likely to overwhelm the health care system.’

The four phases of the Government plan for dealing with coronavirus are Contain, Delay, Research and Mitigate. We failed to Contain – perhaps that was not possible in a free-living democratic society – but it is absolutely vital to Delay the progress of the disease to give our NHS a chance to cope.

Further, when all this (or the worst of it) is over, we need to reassess Britain’s general preparedness for emergencies of all kinds, and the policies that have led to an ‘unfit for purpose’ NHS.

Waving COBRA at us like a magic wand when crisis is upon us will not do. It is time for our political class to start practising common sense.