NewsPaperthe art of publishing
HomeNewsThe hijab is a symbol of oppression, not freedom
0

The hijab is a symbol of oppression, not freedom 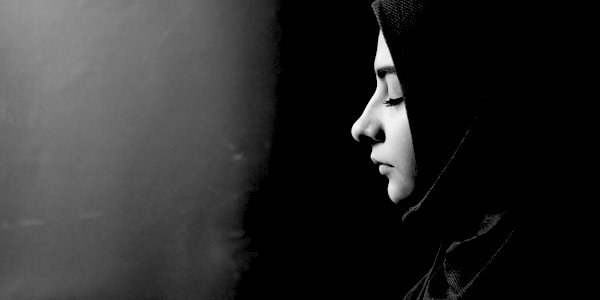 A FEW years ago I had a short break in Malaysia at a small seaside resort popular with Muslim honeymooners. The beach was packed with young girls covered with the niqab and long cloaks called ‘abayat’. Their husbands wore T-shirts and shorts. One evening, after a particularly hot day, a woman in full Islamic dress jumped into the pool to cool down. It struck me how uncomfortable she must have been.

It jarred with me to see women covered in such restrictive clothing while their husbands were far more suitably attired for sunbathing. Malaysia is an Islamic country so that is deemed acceptable there. But why are we so afraid of protesting against Islamist oppression of women when it happens in the West? Far too many Westerners have fallen for Islamist propaganda when it comes to oppression of women and misogyny.

World Hijab Day (WHD), on Friday, claims to raise awareness of discrimination against Muslim women in the West by persuading non-Muslims to wear the hijab.

Islamists, and their Western useful idiots, sanitise the hijab by touting it as a bizarre symbol of freedom, and WHD is a vehicle through which they do this. But Islamist regimes use clothing such as the hijab to control and subjugate women.

If WHD really wanted to focus on discrimination against Muslim women they would instead target these countries where it is endemic, such as Iran and Saudi Arabia. Iranian women are constantly harassed for taking off their hijabs in a bid for emancipation.

Why are we falling for the lie that a MAGA hat is a symbol of oppression yet the hijab a symbol of freedom? Surely it is the other way round. Nobody was forced to vote for Donald Trump but millions of women are forced to wear the hijab in Iran or risk imprisonment or worse.

Other aspects of Islam could be highlighted instead to promote a greater understanding of the faith, such as the law of obligatory payment to charity, called Zakat. A Zakat Day could inspire Westerners to donate to a charity of their choice on that particular day. This is a far more palatable option than the celebration of an oppressive symbol.

In the tolerant West, where equal rights for women and all faiths are enshrined in law, we should be able to wear symbols of our faith as long as it doesn’t hinder ability to participate in public life. Many women from other religions cover their heads, such as nuns and orthodox Jewish women, but they don’t make political hay out of it.

At least the hijab allows a woman to show her face, unlike the niqab or burka. These reduce women to silent moving statues in cloth prisons, cut off from the rest of the world. They are often worn as an Islamist symbol of anti-West sentiment. Some Muslim countries are now banning the niqab and burka because they have no basis in Islam. Yet in parts of the West, including Britain, multi-cultural sensibilities are of more importance than the rights of Muslim women forced into covering their faces. Freedom of choice should not extend to women hiding their faces in public. This is 21st century Britain, not a medieval backwater.

Dr Denis MacEoin, an academic specialising in Arabic and Islamic studies, writes on how sharia law practices are harmful to women and should be scrutinised if the West wants to hold on to its Enlightenment values.

He points out that the Koran calls for women to dress modestly, yet doesn’t mention the hijab. Whether the hijab is a religious or cultural requirement – explanations differ among scholars of Islam – it has, thanks to Islamists, become a political symbol instead of an innocuous way for Muslim women to show religious piety.

There is also no religious command to force girls who have not yet reached puberty into wearing a hijab. But a year ago the head teacher of a school in Newham, east London, was hounded by not only Islamists but also a teaching union after she attempted to ban the hijab for girls under eight. At least the chief inspector of schools in England, Amanda Spielman, had the courage to back the ban. Shamefully the government didn’t offer the same support.

Being accused of racism is more of a worry to our craven government than girls being told they are impure if they don’t cover their heads. Why is it anathema for children to wear MAGA hats yet barely a murmur of protest is raised when girls who have not yet reached adolescence are forced to wear a hijab? Surely in the West girls should not be subjected to wearing the hijab until they are old enough to make up their own minds.

In a less psychotic society, those who speak out against this abuse of children and the oppression of women would be lauded. But we live in a dystopian present where MPs gleefully participate in WHD.

Nicola Sturgeon is featured on the WHD website, gurning while holding a sign extolling the virtues of the hijab. The Arabists at the Foreign Office gave away hijabs to mark WHD, courtesy of the taxpayer, and encouraged their staff to wear them.

As a response to the absurd Hijab Day, campaigner Yasmine Mohammed is promoting ‘No Hijab Day’. Her Twitter page features tweets from Muslim women frustrated and depressed by being forced to wear the hijab. We should support these women and their fight for freedom and ignore the predicable cries of racism which always accompanies objections to Islamist subjugation of women. I suggest that our cowardly MPS read what these women have to say. They might then consider their misogynistic promotion of the hijab.

We all have dress codes which function as signals of our personal identities and priorities. Wearing the hijab can certainly be interpreted as signalling religious piety but anyone trying to advocate it as a symbol of freedom misunderstands this concept. Freedom does not include wearing symbols of oppression. Why would anyone want to honour the hijab when Muslim women face violence, imprisonment or even death for wanting to remove theirs? Until we are all brave enough to ignore accusations of racism and ‘Islamophobia’, this abuse of women and girls will continue.