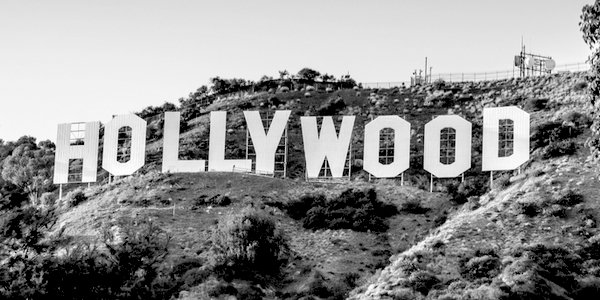 One such is Maggie Gyllenhaal’s 12-year-old daughter Ramona. Gyllenhaal told everyone on The View that not only is her daughter a feminist activist, but she is a pretty entitled and spoilt feminist activist at that. (Then again, is there any other kind?) We were also informed that the daughter ‘ran into somebody recently, a little girl her age, who said she wasn’t feminist and my daughter was astonished . . . she came home and cried to me about it’.

.@mgyllenhaal shares about her 12-year-old daughter, who she calls an activist:

"She ran into somebody recently, a little girl her age, who said she wasn't feminist and my daughter was astonished … she came home and cried to me about it." pic.twitter.com/69aMnyAbBJ

Can you imagine one of your kids crying when they find out one of their friends does not agree with them on some particular issue, and sadly it is not even whether to watch Boss Baby or Lego Friends on Netflix?

You know these are exactly the kind of kids that go on to demand safe spaces at university, complete with dogs to stroke and hot chocolate should a conservative ever decide to run the gauntlet and go to speak there.

It is true, of course, that it is not the daughter’s fault. Instead this demonstrates incredibly bad parenting by Gyllenhaal, and the idea that she would admit that she is raising such a spoilt brat on national TV is worrying. This kid is so entitled she believes she is entitled to other kids’ opinions as well as her own. And when it doesn’t work out she runs home and cries to mommy. Goodness, the pain that lies ahead for this child is frightening.

This is exactly the kind of parenting that you see pop up on Twitter when a parent tweets out something their five-year-old allegedly said to demonstrate how terrible Trump or Brexit is. Something like, ‘My five-year-old asked what “grab them by the pussy” means – my life is over.’ Yes, sure he asked you that. We believe you.

Indeed, we have a lot of this in the political Perrins household. For instance, it was only yesterday that my incredibly obnoxious yet super-advanced nine-year-old daughter was in floods of tears on hearing about the latest Brexit sell-out by Prime Minister May. Why, mummy, why do some people want to be ruled by the Eurocrats, mummy? Because they are idiots, I didn’t say in the imaginary conversation that didn’t happen.

Don’t be crazy, mummy, he says. ‘Why, one only has to consult the federalist papers and the Constitution to understand that the founding fathers had all this in hand – the balance of the power between the executive, legislative and judicial branches is perfect in the United States, so I am not worried about Trump becoming overbearing. But I do wish he would build the damn wall, mummy.’ Don’t say damn, I tell him. It’s rude. You see, he is such a smart cookie, my six-year-old.

Finally, there is my younger daughter, all three and half years of her. She followed that Kavanaugh hearing as closely as I did, and I tell you she could cry that Gyllenhaal kid under that table at what the Democrats and media did to the Kavanaugh family. Could that happen to my Daddy? she asked one night. Yes, I said, in the current atmosphere of sexual McCarthyism and if the feminists ever get in charge, it could happen, honey. And so she cried herself to sleep while clutching her Peppa Pig teddy. I felt bad, but what could I do? I could hardly lie to her, now could I?

So there we have it. I, like Maggie Gyllenhaal, like to trash my kids’ childhood by pushing all this political stuff on them in a partisan manner before they are ready for it. In this way I signal to all my friends how woke I am. I might be a crap mother, but hey I’m woke. And that’s what counts.

Oh, by the way, Gyllenhaal has lived a feminist life all her career – in particular by playing the secretary in The Secretary, a film about mild bondage and submission to the boss. I’m not sure this has aged that well in the era of #MeToo, but whatever. Here is Maggie ‘feminist’ Gyllenhaal getting a nice spanking from her boss. I bet that left a mark.

Share
Facebook
Twitter
WhatsApp
Email
Previous articleA smack in the face for truth
Next articleLet’s say it again, loud and clear – No Deal is nothing to fear