The Honours List – talk about rubbing our noses in it 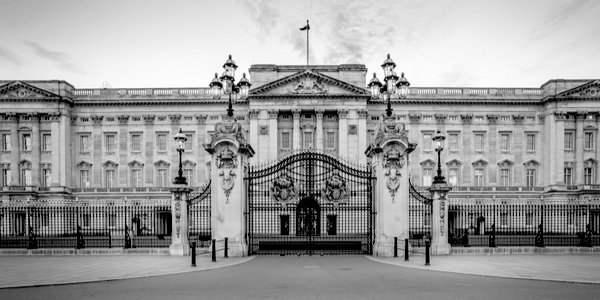 ‘OH NO, not them’. You’d probably be hard pressed to find a TCW reader who hasn’t uttered those words at some time when honours have been announced. For me, it was the Beatles’ MBEs in 1965. I was 21 and I liked the Beatles – I just couldn’t understand what rebellious youth had to do with an honours protocol dating back to the Knights Bachelor and 1066. I guess in those naïve days, I associated it with honour.

Anyway, John Lennon returned his MBE subsequently (‘I felt I had sold out’) and interestingly, among the myriad folk to have refused or returned honours are creative people including Alan Bennett, David Bowie, L S Lowry (he holds the record for the most honours declined), Harold Pinter, John Cleese and George Bernard Shaw. Notable others outside the artistic sphere include Cromwell (turned down the Crown itself, no less), Ramsay MacDonald (conflicted with Labour Party principles – no such conflict for the most recent Labour Party nominee, I’m sure!) and Michael Faraday (‘I must remain plain Michael Faraday to the last’).

What did they see that they didn’t like? The answers are numerous, though there is a common thread linking betrayal, lack of principle and conspiracy – the very opposites of honour. T E Lawrence ‘because his country had double-crossed the Arabs’. Ken Loach turned down an OBE ‘because it’s not a club you want to join when you look at the villains who’ve got it’. But it’s A J P Taylor who nailed it: ‘The Establishment draws its recruits from outside as soon as they are ready to conform to its standards and become respectable.  There is nothing more agreeable in life than to make peace with the Establishment – and nothing so corrupting’. Thus ‘Arise, Sir Mick’ is followed by the withdrawal from the rock canon of Brown Sugar, the party stimulator of all time. Surely a coincidence! At least Johnny Rotten held his own and declined an MBE.  God Save The Queen, Johnny!

Kneel down, stand up, step forwards, step backwards, hats on, hats off, sword up, sword down, knock once, knock twice, knock thrice, walk this way, walk that way; these are not meaningless pageant and certainly not pantomime. Heraldic ceremony is to remind us that nothing has changed over the centuries. These are the carefully stage-managed rituals of power. The processions of wigs, ermine, gold thread and velvet, the symbolism of flags and armorial bearings, are a reminder of who runs things, and how far removed their rank and pedigree are from the plebs.  This is the world of the honours system; this is the club you might be invited to join.

Let us look at five of the headline names in the latest honours list – Anthony Blair, Christopher Whitty, Jonathan Van-Tam, Jennifer Harries, June Raine. All but one you almost certainly would not have heard of two years ago. What was this meteoric rise from obscurity in such a short time that merited the latter four honours? Well, they agreed to become the public face of medical propaganda. To take the hits. Wherever necessary, to lie to camera. Then there is that very special knight. A Knight of the Garter, the provenance of which goes back to 1348 and Edward III. A petition to rescind this honour has already exceeded 700,000. It’ll have to do much better than that, folks. Remember, more than a million marched against the invasion of Iraq, and it made not the slightest difference.

If you line up this gang in lateral formation like an ID parade, you have five mugshots representing Big Pharma and Global AI. Talk about hiding in plain sight. Talk about rubbing our noses in it.  Sometimes the Establishment sees the need to cock a snook and remind us who’s in charge.