The human fingerprints all over the virus 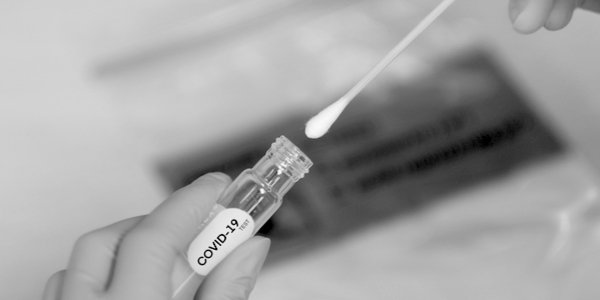 COVID-19 vaccine manufacturers (and their allies in mainstream science and government) have so far failed to acknowledge evidence from adverse event reporting schemes that their products are killing and injuring thousands. They say that apart from ‘extremely rare’ allergic reactions – to which they have reluctantly added ‘extremely rare’ blood clotting disorders – there are no known mechanisms whereby such damage could be occurring.

That position was never tenable. The famous spike protein, which most of the vaccines introduce into the body as a means of countering the virus, is in itself a dangerous toxin. The reason it is so dangerous is similar to the reason why the virus itself is a threat to human beings: it has characteristics that enable it to bind to, and distort the action of, a wide range of human cells.

These characteristics almost certainly stem from it being a chimeric virus, originally native to Chinese bats but manipulated in the laboratory to test its capacity to change into a threat to humans.

Scientists hope that the vaccine, through challenging our immune systems by getting our body cells to manufacture small quantities of the protein, will protect against much greater damage from the virus. But the nature of the protein is such as to make it inherently risky, a risk that may be dangerously multiplied when vaccination coincides with a wave of infection, as in India recently.

A paper widely held to be the ‘smoking gun’ for ultimately bequeathing us Covid-19 was published in Nature in 2015 by US and Chinese researchers, who deliberately altered the spike protein of a bat coronavirus so that it could infect human cells. The work, mainly at the laboratory in Wuhan, China, from which many believe the virus to have accidentally escaped, was claimed to ‘underscore the potential threat of cross-species transmission’ of the virus.

The researchers acknowledged that these so-called ‘gain of function’ experiments carried risks, writing: ‘The potential to prepare for and mitigate future outbreaks must be weighed against the risk of creating more dangerous pathogens.’

Also in 2015, a document written by Chinese scientists and public health officials discussed the weaponisation of such viruses, according to a report published on Saturday by Weekend Australian. It says the document is discussed in a book, What really happened in Wuhan, by The Australian investigations writer Sharri Markson, to be published by HarperCollins in September.

Entitled The Unnatural Origin of SARS and New Species of Man-Made Viruses as Genetic Bioweapons, the paper is said to have predicted that World War Three would be fought with biological weapons. It describes SARS viruses as a ‘new era of genetic weapons’ which can be ‘artificially manipulated into an emerging human ­disease virus, then weaponised and unleashed in a way never seen before’.

Despite the enormous importance to the world of getting to the truth of how Covid-19 originated, the scientific establishment has seemed desperate to deny the possibility that it was man-made.

In March last year Nature added an ‘Editors’ note’ to the ‘smoking gun’ paper, stating: ‘We are aware that this article is being used as the basis for unverified theories that the novel coronavirus causing Covid-19 was engineered. There is no evidence that this is true; scientists believe that an animal is the most likely source of the coronavirus.’

This is, to say the least, being economical with the truth, and may come to be seen as an extreme betrayal of science by a journal world-famous for its supposed reliability.

More than a year ago, an Anglo-Norwegian team of scientists pointed to the 2015 Nature report findings as the most likely precursor of research which culminated in SARS-COV-2, the virus causing Covid-19. They emphasised that vaccine makers who failed to acknowledge its chimeric nature might unwittingly put the public at risk.

British vaccines expert Angus Dalgliesh, a London University professor of oncology, co-authored with leading Norwegian researchers a paper that spells out in ruthless detail the sequence of laboratory events through which they claim the SARS-COV-2 spike protein arose. This understanding was reached through the team’s own work aimed at developing a safe candidate Covid vaccine.

The paper is headed: ‘The evidence which suggests that this is no naturally evolved virus – A reconstructed aetiology of the SARS-COV-2 spike.’

After analysing the biochemistry of the spike, the team concludes that it has six inserts, ‘unique fingerprints . . . indicative of purposive manipulation’. It describes four linked published research projects ‘which, we suggest, show by deduction how, where, when and by whom the SARS-COV-2 spike acquired its special characteristics’.

The authors write: ‘Since, regrettably, international access has not been allowed to the relevant laboratories or materials, since Chinese scientists who wished to share their knowledge have not been able to do so and indeed since it appears that preserved virus material and related information have been destroyed, we are compelled to apply deduction to the published scientific literature, informed by our own biochemical analyses.

‘We refute pre-emptively objection that this methodology does not result in absolute proof by observing that to make such a statement is to misunderstand scientific logic. The longer the chain of causation of individual findings that is shown, especially converging from different disciplines, the greater the confidence in the whole.’

The researchers say that the four key ‘gain of function’ studies are linked in two ways: scientifically, in that the third and fourth build on the results of the first and second; and in the continuity of the institution and personnel across all four.

‘The Wuhan Institute of Virology is a key collaborator in all these projects and Dr Zheng-Li Shi is one of the institute’s most experienced virologists and bat specialists. She is a common thread through all the key research projects.’

The unique ‘fingerprints’ of manipulation which make what was once a bat virus so dangerous include the following:

A large part of the spike protein has high human similarity, ‘a built-in stealth property’ that also ‘implies a high risk for the development of severe adverse events/toxicity and even antibody-dependent enhancement’ [a problem in which a previous infection or vaccination increases rather than reduces the risk from subsequent infection]. Specific precautions would be needed when using the spike protein in any vaccine candidate, ‘precautions that might not suggest themselves to designers employing conventional methodologies and innocent assumptions about the target virus’.

The spike protein has inserts on its surface which greatly increase its ability to hook into, infect and harm a wide range of human cells. ‘Such a result is typically the objective of gain of function experiments to create chimeric viruses of high potency.’

The paper tracks in detail how these and other unique features of the virus came about, from work on bat and human viruses first reported in 2008 by Dr Zheng-Li Shi and Wuhan Institute of Virology colleagues, through collaboration with American researchers working with human epithelial cells, which are widespread throughout the body, and culminating in a virus capable of infecting human lung, taste, intestinal and other tissues.

Despite the eminence of its authors the paper has remained largely hidden from view, being published only on a Norwegian website.

Despite millions seemingly receiving the vaccine safely, scientists and regulators may be failing to recognise deaths and injuries linked to this wide-ranging toxic potential of the spike protein that forms the basis of most of the jabs. The research findings add urgency to calls on the government and regulators to investigate numerous reports of vaccine-related deaths, especially in the elderly and care homes, and especially in the hours or days immediately following vaccination.

Share
Facebook
Twitter
WhatsApp
Email
Previous articleJohnson’s ‘limbless chickens’ are coming home to roost
Next articleWhy are we being lied to about Covid? There’s no good reason