The incurable (and misplaced) optimism of the meteorological fraternity 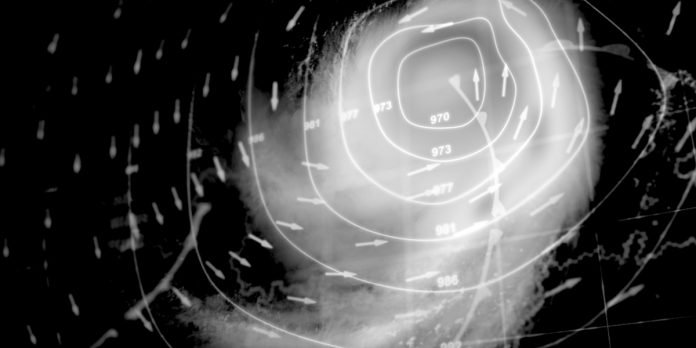 With other meteorological organisations, they are looking 40-50 years into the future, warning us almost daily that we must act either to prevent or at least mitigate our dangerously changing climate. However, notice the huge range of possibilities, and wonder about those words like ‘between’ and ‘up to’. But there is more than that to wonder about.

There was news the other day that yet another satellite would improve weather forecasting. This follows a long series of similar claims about imminent benefits for pilots filing flight plans to San Francisco or holiday folks hoping for a day on the beach.

The first weather satellite was launched on April 1, 1960; it sent back such astounding pictures of clouds from above that led to a feeling that it was only a matter of a year or so before short-term weather forecasting could be left to an array of expensive machines with their associated minders. Serious meteorologists could retire to weather-heaven (California?), occasionally living it up at the frequent climate change conferences in the more sunny of the world’s capitals.

Computers added to that same feeling: the problems of forecasting were surely well on the way to solution. In 1971, for instance, the Met Office installed an IBM 361-95 to give us, they said, accurate forecasts for a week ahead. They should have learned from economists that telling people things are getting better is risky, because later that same year the then head man (John Houghton) was quoted as saying he was going for 100 per cent accuracy but there was clearly room for improvement.

A month or two later the previous Director-General (Sir John Mason) made a much more thoughtful and farsighted comment: ‘Computer-based mathematical models . . . may come to dominate the judgements of governments . . . despite their limitations and uncertainties of their predictions.’ That statement remains as worryingly true today as it was 39 years ago.

A plethora of satellites in 1985 generated another dubious claim: ‘Reliable forecasts for six to seven days ahead will become available in the near future,’ said the World Meteorological Organisation. That bravado showed scientists getting over-confident (again) that their job would soon become redundant now they could see the whole surface of Earth. They forgot that the satellites’ pretty pictures only told the story of now, and even from their angelic heights could see no further into next week than earthbound mortals.

2003 was an off year for meteorology. ‘The weather reports are scientifically grounded and we get it right more often than not,’ a defensive Met Office spokesman said in May of that year. He was not too careful with his choice of words as he forgot that you can do your own forecasting by assuming that tomorrow’s weather will be about the same as today’s. You will be right around 50 per cent of the time. That same year we heard the hammering of a determined nail in the coffin of overconfident meteorologists in the form of an AS Level exam question: ‘Why is weather forecasting so unreliable?’

The Met Office says their current team of three Cray XC40 supercomputing systems are capable of more than 14,000 trillion arithmetic operations per second.

But that’s not enough these days. Bigger, faster, latest model, that’s the key to modern life. So the Met Office ‘have signed a multimillion-pound agreement with Microsoft for the provision of a world-leading supercomputing capability that will take weather and climate forecasting to the next level and help the UK stay safe and thrive.’ I look forward to being helped to stay safe and thrive when it starts work later this year.

Most of the quotes are from scientists who got carried away, alas. They would still argue that UK forecasts for 3-4 days ahead are pretty accurate, but readers might raise a quibble or two about that when no two of the dozen or so forecasting organisations ever seem to agree about the weather for your patch. (Not one of the seven forecasting organisations I was monitoring got it right for our street party. They were certain it would rain but it didn’t. Not one drop.)

There have been (and still are) some rather extravagant claims. In no other field of human enterprise have so many developments produced so much optimism, so the appropriate collective noun must be a ‘delusion’ of meteorologists.

We were anxious about that street party (actually in a large garden), so I noticed yet again that even on the day of the event, the forecast changed during the morning of the day itself. This is forecasting weather two hours ahead and getting it wrong. Is it not possible that a look 50 years into the future might also be subject to some doubt?

If the birds be silent, they used to say in medieval times, expect thunder, and when sheep turn their backs to the wind, it is a sign of rain. Maybe we’ve moved on a little from that. But maybe not quite as far as the experts tell us.