The Innova lateral flow tests: another scandal in the making? Part 1 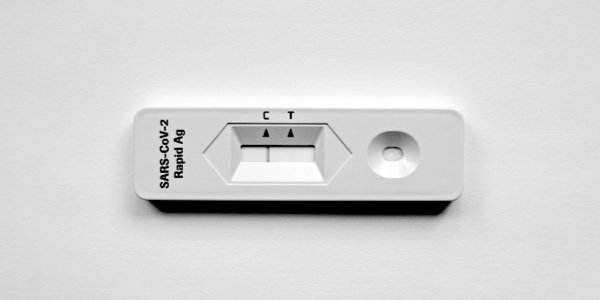 This is the first instalment of my three-part investigative report on the Chinese-made Innova lateral flow test. Vast sums of UK taxpayers’ money have been paid to a California start-up for tests that have failed to stand up to scrutiny.

MASS testing of the UK’s population has been key to the government’s war on Covid-19 (or war on the people, depending on which narrative you follow) for over a year now. It began with Boris Johnson’s promise that it was the only way to avoid a second national lockdown, an idea that has proved to be as ill-founded as it was ambitious.

Instead of freeing the country, this extortionately expensive rollout of millions of provenly inaccurate tests for Covid created a false sickness reality, characterised as early as October 20 last year as a ‘PCR test pandemic’ and by Richard Tice as ‘a circle of delight for the testing industry, but a vicious one for everybody else’, has been used to drive and justify the endless demands for the lockdowns and social distancing that have characterised the last twelve months.

This government-created pseudo-epidemic traces back to the original highly questionable PCR test, a diagnostic test for Covid-19 developed in Germany before the World Health Organisation even declared a pandemic, a global scandal that I investigated for TCW in March.

Originally hailed as the ‘gold standard’ of testing for the novel virus, subsequent months revealed the PCR test to be ‘highly flawed’ and ‘unreliable’. By January of this year the WHO itself was forced to admit that the test served only as an aid for diagnosis while at least one European court had ruled it to be unfit for purpose.

Operation Moonshot, the name given to this ambitious mass PCR testing scheme of the UK government, aimed to administer 10million tests a day by early 2021. Championed by the Prime Minister’s former adviser Dominic Cummings and provided with an astronomical budget of £100billion,  the scheme was abandoned after the Good Law Project stepped in with the threat of legal action. They said was Operation Moonshot unlawful because it ignored scientific evidence and committed a vast sum of public money with no transparency as to how the decisions were made.

Instead of giving up on the mass testing idea, the government was prompted by the debacle to turn its attention to a different testing device and to spend further eyewatering sums of public money to purchase huge numbers of lateral flow tests (LFTs) from a newly formed start-up, Innova Medical Group, owned by a little-known US private equity house.

The Government subsumed Operation Moonshot under, and amalgamated it with, the NHS Test and Trace programme, which had its own approved ‘core’ budget of approximately £12.1billion. Yet, as with the PCR test, the government’s investment in LFT was to become another scandal in the making. This is the focus of my current investigation.

Despite the many failings of the PCR test, it was not abandoned and is still being used as a confirmatory test for a positive result from a LFT under the NHS Test and Trace programme.

In charge of this continuing and unprecedented mass screening programme and collecting the data of millions of people was the head of Test and Trace, Baroness (Dido) Harding, an Oxford University friend of David Cameron and wife of Tory MP John Penrose.

In a former role as chief executive of the TalkTalk group in 2015 she had faced calls to resign after a cyber-attack in which the details of 4million customers were accessed. The company admitted the incident had cost it £60million and lost it 95,000 customers. Fining the company £400,000, the Information Commissioner Elizabeth Denham blamed the company’s ‘failure to implement the most basic cyber security measures’.

Stepping down from TalkTalk in 2017, later that year Harding was made chair of NHS Improvement. Her subsequent appointment as head of Test and Trace by Matt Hancock remains a mystery, as does a further appointment as interim chief executive of the new Health Security Agency (HSA) which brought together NHS Test and Trace and Public Health England, a position Harding kept until Jennie Harries, former deputy CMO of England, took over in April 2021.

It was under Harding’s aegis that the evaluation of several LFTs, carried out by Public Health England’s Porton Down laboratory and the University of Oxford, for the purposes of  judging their accuracy and sensitivity, was published in November 2020.

Forty different lateral flow devices had been put forward. Nine met the criteria to continue to full evaluation, six made it to the third phase, but only the Innova SARS-CoV-2 Antigen Rapid Qualitative Test, the test that had been used in a Liverpool pilot scheme, with a specificity recorded as 99.68 per cent, won through. This was, in theory, critical. ‘Specificity’ refers to the proportion of people without the disease that have a negative test, suggesting that the risk of false positives would be much lower than with the PCR test.

The Innova test was meant to be different in the rapidity of its results too. Working in a similar way to a pregnancy-style test a result could be delivered in 15-30 minutes. It was also portable, much cheaper than the PCR test, did not need to be processed in a laboratory, and could detect the virus directly without the amplification steps of the RT-PCR test. It sounded good.

So thought Susan Hopkins, the chief medical adviser of NHS Test and Trace, who stated: ‘These tests are proving to be accurate and reliable. And importantly they’re able to detect Covid-19 in people without symptoms.’

Sir John Bell, Regius Professor of Medicine at the University of Oxford, added his imprimatur: ‘The data in this validation report demonstrates that these inexpensive, easy-to-use tests can play a major role in our fight against Covid-19. They identify those who are likely to spread the disease and when used systematically in mass testing could reduce transmissions by 90 per cent.’

The task of ensuring ‘that the work is carried out to appropriate quality and timeliness standards’, as set out in the protocol for the evaluation of rapid SARS-CoV-2 antigen lateral flow devices, was given to Sir John, to whom progress was to be reported ‘at least weekly through an Oversight Group that he chairs’.

With this endorsement from two of the UK’s leading medical professionals, MHRA approval quickly followed, making Innova ‘the golden child’ of Covid-19 self-test kits in the UK,  the government sourcing them solely from the California-based start-up Innova Medical Group, which held the exclusive global rights to the tests, and was the only company able to supply the tests in such vast quantities.

This did not apparently bother those involved.

Sir John Bell, described by the Daily Mail as the government’s ‘tests tsar’ aschairman of the New Test Approvals Group which assesses virus diagnostic tests, is a controversial figure. He is a former non-executive director of Roche (he stood down in 2020) and holder of shares worth £770,000 in the same pharmaceutical company that according to the Daily Mail  ‘sold us £13million of “pointless” antibody screening kits’.

Bell’s controversial interests go back further. In 2012 the BMJ’s editor-in-chief published an open letter to him regarding Roche’s 2009 promise to release full reports from clinical trials of oseltamivir (marketed under the name Tamiflu) following an investigation by the BMJ and the Cochrane Collaboration. A subsequent comment revealed that Bell had received $420,000 from the company in 2011.

A subsequent article by Professor Peter Saunders accused Roche of ‘pushing an ineffective and costly drug’ and concluded that Tamiflu worked ‘no better than paracetamol’ after colossal expenditure by the UK government.

Sir John Bell, a member of Sage, the chair of the global health advisory board of the Bill and Melinda Gates Foundation and a member of the Government’s Vaccine Task Force, is no stranger to accusations of conflicts of interests between his various academic, government and industry roles.

In an article for the BMJ earlier this year Paul Thacker asked why wouldn’t either Oxford University or the government disclose the ‘long list’ of financial interests of a high-profile researcher at the centre of both? He was referring to Professor Bell. He also notes that since the Covid-19 outbreak began early last year, Bell has held high profile roles in the UK government’s epidemic response while also working with AstraZeneca on the vaccine; yet both Oxford and the government refused to disclose Bell’s financial interests even after the BMJ filed freedom of information (FOI) requests. More alarmingly, Thacker goes on, ‘it appears that the government is referring media enquiries about Bell through the Cabinet Office and is scrutinising a reporter for the BMJ as it has other reporters it finds troublesome. The BMJ has been unable to gain either direct contact with Bell or contact through his employer, Oxford University, despite multiple attempts.’

Innova Medical Group, the company benefiting from the UK Government’s huge testing contract, is owned by the private equity group Pasaca Capital which was founded by a Chinese investment banker, the enigmatic Dr Charles Huang, in 2017. It has been revealed to be the single largest recipient of the Department of Health’s Covid contracts after signing a £496million deal to supply LFTs last year. An earlier contract with Innova cost the taxpayer £107million.

More recently, this April the Daily Mail reported that Innova had raked in a total of £2.8billion to supply the UK with lateral flow Covid tests ahead of a plan to offer kits to everyone twice a week.

With more than a billion Innova tests bought so far by the UK government, a fierce debate is raging among scientists about their reliability, how they should be used and whether this is a responsible way to spend such huge sums of money.

In the next part of this investigation I will be examining the mounting evidence of the tests’ inadequacy, and in the third part, taking a close look at the links to China of the company that hit the LFT jackpot.