The insane socialised State we’re in 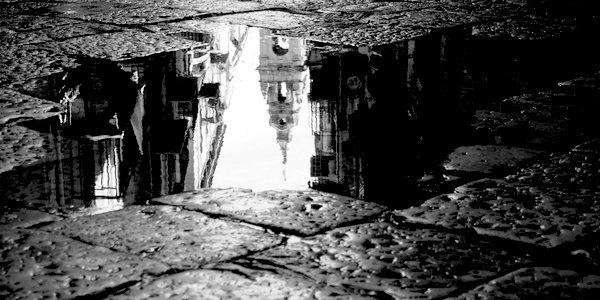 Recently it has been brought it home to me how much of a socialised State the UK is. It was only about 150 years ago that any payment to a private individual to cover a private expense would be viewed – rightly – as socialist. Not only that, it was seen as immoral.

The pooled resources of the State were to run things for the benefit of the people (whose resources were being spent) on very basic services that could only be communally provided. However, to use public funds for private benefit, for a purpose that did not benefit the public at large, especially as those public funds were collected through the coercive power of the State, was not only socialism plain and simple, but grossly immoral.

Between the State and the individual was civil society, the little platoons, the collectives, the associations and the many church institutions that provided what they believed was in the common good, education and health being the most obvious.

But we are a long, long way from this now.

Really, the UK State is so socialised it is difficult to see it – but if people such as Adam Smith and John Stewart Mill looked at what we have now I don’t think they could even compute it. They would just blink in complete and utter disbelief at the current state of play.

The NHS and education are obvious examples of our socialised State, but the transfer payments (such as tax credits) alone are incredible.

Things that never in a million years would have been thought of as something to be properly paid for by the state – such as the fees to bury a child, or to pay for sanitary products, are now seen as the duty of the State to provide.

The tax burden on families now is insane, actually insane.

So all the political parties are doing is managing a massive socialised state that has some space for a heavily regulated market. That is all they can do.

Can you imagine Margaret Thatcher forcing a company to publish statistics on pay? Unthinkable. It is none of the State’s damn business.

The administrative State/bureaucracy is huge. The pensions are unfunded. The NHS is unfunded. The debt creeps towards £2000billion.

It is barking mad.

And the few things that the State should provide – defence, a well-functioning police service, a non-rat and drug infested prison system, and the criminal courts/justice system – are in some cases literally falling apart (I think some bricks fell down in a Crown Court somewhere).

Yet all the media can talk about is #MeToo and #EqualPay which I am convinced concern perhaps 2 per cent of women.

These hard-working individuals are a kind of serf class, needed to keep the socialised State going, placated with transfer payments and a dodgy Welfare State, but much better off than they were in their home country.

The agents of the State control our language through political correctness, recently developed ‘hate crime’ categories (on which recently the Met police website said they would consider prosecuting someone ‘even though no offence had been committed’) and the ‘British Values’ agenda.

The Equality Acts and the Human Rights Act are monsters to be manipulated by special interest groups.

People can make historic sexual misconduct allegations against you and end your career in a moment. No due process, nothing. The end.

The social media mob can round upon you and make you an unperson in a matter of days (note the case of Toby Young, former person, now unperson.)

Social media companies share your data with random companies, and let’s face it, much of it is dripping with misogyny. Anti-Semitism on the rise and infecting Her Majesty’s Leader of the Opposition’s party . . . allegedly.

We have a State broadcaster that is accountable to no one and pushes all of the above relentlessly.

The pews in the churches are empty.

The marriage rate is one of the lowest on record.

The birth rate, but for the aforementioned immigrants, is also very low.

The education system is completely unworthy of its name, unable to pass down core knowledge and with dumbed-down exams, followed by a corrupt university set-up that is happy to pile debt upon the already indebted student class for useless degrees.

Relations between the sexes seem at a low ebb as there are zero courtship rules now. It’s the flipping Wild West out there, a ‘rape culture’ according to those who live in it.

We cannot even extract ourselves from a corrupt, regressive, supra-national entity that undermines the nation state.

And it is raining. All the damn time.