The IRA’s friends in high places 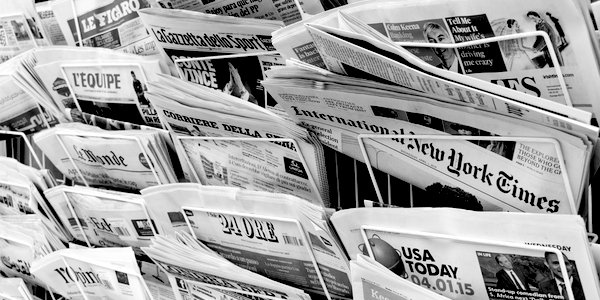 THIS is a doctored quotation to conceal the sex of the subject:

‘S/he was a party to war crimes, s/he gave comfort to those who seek to destroy us. When we underestimate the threat . . . too often innocent men, women and children pay with their blood for our naivety. When s/he joined . . . s/he  betrayed the Britain on whose decency and sense of fair play s/he now relies.’

Who is being discussed: Shamima Begum or Roy Greenslade? The answer is the former, and Allison Pearson in the Telegraph is rejoicing that at the last the Supreme Court has managed to reach a sensible and just decision, to prevent Begum from returning to the UK which she detests but finds useful as a place to live and be amply looked after.

Former Daily Mirror editor Roy Greenslade did not join ISIS but wrote in support of the IRA’s aims and deeds for years, notably in the Guardian, and constantly undermined the UK case. He was a lecturer in journalistic ethics! The BBC always closely shadows the Guardian editorial line, and so it was with the terrorism of the IRA. Begum’s terror organisation was behind the Manchester Arena bombing, and she was happy with ISIS beheadings. Greenslade’s terror organisation committed among many others the Warrington bombing atrocity, in which children aged three and 12 died, and he approved as much as Begum: ISIS and the IRA are joined at the hip.

Greenslade repeatedly defended an IRA man who raped a woman in Belfast; her ordeal was worsened by being ‘demonised’ by Greenslade in his columns.

Our lecturer in the ethics of journalism continued serenely in his Guardianista career, unchallenged and undisturbed.

This really does show how our MSM has been permeated with a UK-hating commentariat, the BBC being very much at one with this agenda. Like Philby et al, Greenslade got to the top of his trade and exercised vast background influence. The Blairite cultural norms happily seeded themselves into this journalistic soil. Former Guardian editor Alan Rusbridger is now head of an Oxford college, as is fellow Guardian columnist and opinion-former Will Hutton: the long march of the Left through the institutions continues remorselessly.

Ironically a certain Boris Johnson, when editor of the Spectator, did resist the Greenslade/Rusbridger axis. He stood up for the Mail’s Stephen Glover when he fingered Greenslade for his terrorist sympathies. Good for Boris. But bad for Boris was his recent ennoblement of former communist Claire Fox, who resolutely refused to condemn the Warrington atrocity.

In Ireland Johnson is busy breaking another of his grandiloquent promises.

The British government today is waging a proxy war for the EU against Northern Ireland Unionists. There is no sign of HMG pushing back against the devastating economic loss being inflicted against the Unionists.

The obvious answer to this mayhem, this reckless stoking of the neuralgia which the GFA was healing, is the fully legal use of Article 16 of the demonic Irish Protocol. This article in the Protocol was used by the EU for a day in order to put a hard border between Eire and NI, so it is now clearly in play and available. Is the UK government going to prioritise friendly relations with the EU’s Maros Sefcovic, who is walking all over Michael Gove, or the welfare of Northern Ireland and its GFA peace? At present Johnson is happy to be the EU’s enforcer of this economic annexation, and I am sure that Roy Greenslade would approve of this assistance to the Irish Republican cause.

At the time of writing Brandon Lewis, Secretary of State for Northern Ireland, is reported to be asking the EU for ‘temporary operational controls’ over the deliberate inflammation called the Irish Protocol. He needs to tell the EU that the UK cannot possibly not immediately apply, totally legally, Article 16 of the Protocol, in this increasingly desperate situation. The article is there precisely for such a crisis.