The Jubilee and seventy years of war on Christian morality 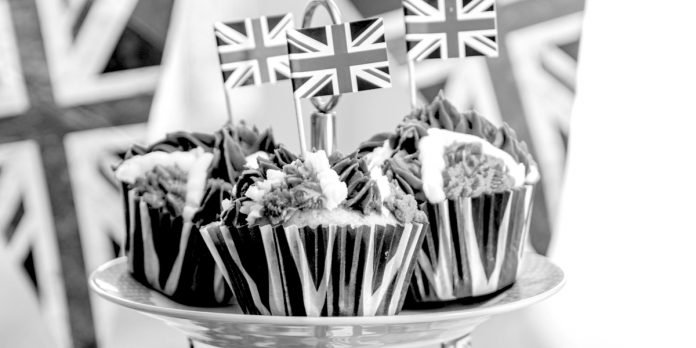 ON the first of the bank holidays called to mark the Jubilee a preacher colleague and I resolved to address the large crowds flocking around Windsor Castle. As the town crier in full 18th-century garb rang his bell and announced to the many visitors the various events taking place that day, we preachers followed on by trying to set forth in equally loud a voice a quite different perspective to the Jubilee than that which was probably in most people’s minds. Our aim was to encourage reflection upon the spiritual condition of Britain over the last 70 years.

Yes, we happily acknowledged the Queen’s long, faithful and committed service, but our primary focus was to explain that many of the changes which have taken place in Britain over these past seven decades have constituted nothing less than an outright repudiation of the nation’s Christian foundations, and a replacing of them with the Bible-rejecting creed of cultural Marxism.

It was of course in the ‘Swinging Sixties’ that the permissive society got under way. Right at the commencement of the decade an attempted prosecution of Penguin Books for its publication of Lady Chatterley’s Lover failed, and the writing was on the wall. The permissive floodgates were soon to be opened, and the abandonment of Biblical morality would become cool and progressive and be heralded as liberal virtue. So began the process whereby on film, TV, stage and the printed page the old landmarks of propriety and decency were removed and the boundaries were constantly being pushed out.

Hot on the heels of the Lady Chatterley trial came the contraceptive pill being made available on the NHS in December 1961. The pill was a key component in the nascent sexual revolution, which soon morphed into mainstream thinking (such is fallen human nature), so much so that Roy Jenkins, who had two stints as Home Secretary in the 60s and 70s, famously stated that the permissive society was in fact a truly civilised society. So a government minister declares that the rejection of Biblical teaching represents the maturing of a civilisation. Mr Jenkins was of course simply embracing the spirit of the times. Then in 1967 came the Abortion Act and the legalising of the tragic destruction of God-ordained life in the womb.

Where were the churches when the permissive society was running riot? The defence of Christian moral teaching was generally left to a few valiant individuals such as the much-maligned Mary Whitehouse.

The sexual revolution has continued up to the present day. One of its latest manifestations has been the legal redefinition of marriage in 2013, which again is tantamount to our nation saying that the Bible is in error and that modern man is far wiser than the one true Trinitarian God.

Militant LGBT activism is now totally ‘establishment’. At the Waitrose checkout this week, as I picked up the plastic divider to separate my purchases from the person in front of me, I had to endure seeing on it a rainbow flag and the words, ‘Proud to be ourselves – celebrating Pride together.’ The sign might just as well have read, ‘The John Lewis Partnership does not care two hoots about the sensitivities of Christians or about the authority of the Bible.’

As soon as we began to preach in Windsor, a woman came up to us and stated that it was totally out of place to have such preaching on the occasion of the Jubilee. I courteously responded that nothing could be more appropriate, not least because Britain is still a constitutionally Christian nation, despite 70 years of more or less ignoring that privilege.

Outside the entrance to Windsor Castle, as many will know, there is a statue of Queen Victoria. This provided a wonderful opening for the two pastors to explain to the crowds how Victoria was once asked by a visiting foreign ambassador what was the secret of Britain’s greatness. She replied that it was the was the Bible. In the same vein the Jubilee crowds were also told that when our Queen was crowned in 1953, she was handed a Bible, and was told, ‘We present you with this Book, the most valuable thing that this world affords. Here is wisdom. This is the royal law.’

One wonders how many of today’s schoolchildren realise what this nation owes to the faith of the Scriptures, and how the Christian gospel is nothing less than the very foundation of our civilisation? One wonders how many of them have been informed, for example, that the great social reforms of the 19th century were in the main instigated by Bible-believing Christians? We suspect that instead many have been told to despise their nation because of its colonial past.

When Her Majesty was installed into her office in 1953 the Coronation Oath which was solemnly sworn implied that Parliament should never legislate against God’s commandments as laid down in Scripture, yet this is exactly what has happened over the last 70 years. The only solution to this tragic spiritual malaise is for Britain to return to its Bible-based foundations. This can happen only through the public preaching of the gospel, and through many individuals realising their need to repent of sin and trust in the Lord Jesus Christ for their eternal salvation.