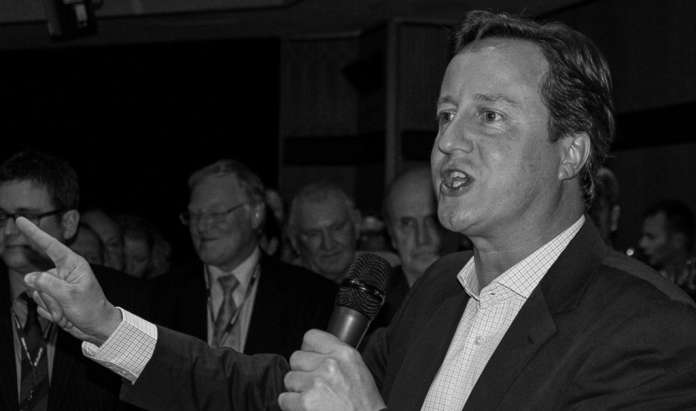 Harry Mount is a British author and journalist and the youngest ever Oldie Editor. His latest book, Summer Madness – How Brexit Split the Tories, Destroyed Labour and Divided the Country, details how Brexit morphed into a weapon of mass political destruction.

Mount, who is David Cameron’s cousin, and fellow student at Magdalen College, Oxford with George Osborne,  gives an insider’s account of the plots, power struggles and personal feuds that brought down a government and the blue blooded Notting Hill set at one and the same time, all in a short three weeks.

Here I discuss with him whether Brexit’s power battles were driven as much by class – intra and inter – as by principle?

Kathy Gyngell: The title of your metaphorical murder mystery evokes PG Wodehouse’s Blandings series. The key characters – David Cameron, Boris Johnson, the Machiavellian Douglas Carswell, even the socially (by background) marginal Michael Gove and the vulgarian Nigel Farage – could have stepped from its pages. Can we really be in the second decade of the twenty first century?

The near complete removal of grammar schools meant that the working-class Tories who might have stood against Cameron and Osborne just weren’t there.

Politics has become a clever, well educated person’s game, Corbyn apart. It’s striking that Cameron, Osborne, both Milibands and Theresa May all went to Oxford; and that David Miliband and Cameron both got Firsts, and Osborne was a Demy, or scholar, at Magdalen College, Oxford.

In a political game based on educational achievement, the removal of grammar schools meant that the rich/well-connected intellectuals (like the Milibands) had a very unfair advantage.

KG:  The key question you pose is how Brexit turned into a weapon of political mass destruction. How much I wonder does the answer lie in class and the extraordinary survival (re-emergence) of a self-entitled and out of touch political toff class? Or how much in the simpler truth that ‘men behave badly’?

HM: I don’t think it’s anything to do with class. I think it’s to do with the nature of politics. Most people go into politics, secretly harbouring a desire to be PM. That doesn’t happen in other jobs – most journalists don’t dream of becoming editor of The Times, say; most hairdressers don’t think of being the number one hairdresser in the country. Only politics is on this extreme pyramid pattern.

And so, when the leader goes, the desire to become top dog is sparked off in the hearts of most prominent Tories: Gove, Johnson, May, Fox etc. And, when a minor Tory stands, like Andrea Leadsom, the spark becomes a flame in the heart of those who might have deferred to a big beast, but not a minor one.

KG: Politicians are popularly portrayed as ruthless (vis The House of Cards). Your account of Douglas Carswell’s openly cynical decision to join Ukip in order to change it, if not destroy it, troublingly proves that. It reeks of an astonishing contempt and disregard of other people’s political choices outside the Westminster village. Isn’t this exactly the arrogance that the public hates about politicians? Isn’t it, ironically, what led to Brexit and Trumpism?

HM: I disagree. I think Carswell is genuinely motivated by his voters in Clacton, combined with a desire to leave Europe, which many of those voters shared. He thought they weren’t getting a fair hearing through the Tory Party when he was in it. Thus his campaign – to get into Ukip, detoxify it and pull off Brexit.

I don’t think Brexit and Trumpism are that closely related. I think Brexit reflects a British exceptionalism, thanks to the English Channel. And Trump reflects the desire for a Republican victory after eight years of Democrat rule. A better Republican candidate would have got even more votes than Trump, who secured fewer than Mitt Romney. And a better Democratic candidate than Hillary Clinton would have beaten Trump.

KG: The Vote Leave cabal quite clearly, from your account, congratulated itself on the success of its ‘detoxifying’ Ukip strategy and on their refusal to play ball with Nigel Farage – the man without whom there would have been no referendum and who was most identified in the British public’s eyes with Brexit. Do you really buy into this?

HM: No. I believe that, in the end, they successfully appealed to two different constituencies: Farage to the hardline, anti-immigration voter; Vote Leave to the constitutionalist leaver.

KG: You report that Vote Leave finally and reluctantly accepted it must ‘go’ with immigration in order to get the public to connect with its campaign. Doesn’t this make a nonsense of their concern about the so called ‘Farage paradox’, which was in truth a ploy to marginalise him from the campaign?

HM: To a certain extent, yes but Vote Leave never went as far as Farage in their rhetoric – i.e. in the famous Farage poster, released on the day of Jo Cox’s murder.

KG: Didn’t ‘the Farage Paradox’ (the idea that Farage, the main advocate for Brexit, was offensive and off putting to the undecided) only really apply to the Westminster village type voters and to a couple of concentric circles around it? Wasn’t this, in David Goodhart’s terms, an ‘Anywheres’ elitism in play determined to keep power from the people as represented by the spivvy and vulgar (to them) Mr Farage? Were they, as Mr Farage describes them in your book, simply snobs?

HM: I don’t think so. I think quite a lot of voters would have been put off by Farage alone, particularly on the day of the Jo Cox murder. The presence of Boris, particularly with Vote Leave gave a jollier, nicer edge to a potential Brexit vote.

KG: Jeremy Paxman once said that covering the EU induced an outbreak of narcolepsy. You reveal the Telegraph’s rule when you were working there to never publish a piece on the EU as ‘they’re always boring’. Was this ‘bias by omission’ (of the sceptic’s case) a contributing factor in the final bloodbath, when the victors having divested themselves of Farage then turned on themselves?

HM: I don’t think so. I think, before the referendum, the EU was boring to most people. It seemed too complicated and irrelevant to them. The prominence of the EU grew a long time after Maastricht, as Nigel Farage and Ukip became more prominent, but that was a relatively late development. In the mid-2000s, Gawain Towler, Farage’s press secretary, told me it was very difficult to get any coverage. I think that was the papers reflecting a national indifference. Then, in the early 2010s, there was a snowballing of interest – particularly after Greece fell apart, and the euro crisis. Then you had Ukip winning the 2014 European elections, which led to an explosion of interest.

KG: Should the Telegraph have done more to expose the EU’s grandisosity and challenge Cameron’s ‘loonies and closet racists’ characterisation?

HM: Not the Telegraph’s fault. Cameron was unwise to say that, but he was reflecting then what a lot of people thought. It’s amazing how recently it was that people thought Ukip was full of closet racists. Only in 2014, with that election win, did that change.

KG: My penultimate question is for your father, Ferdinand Mount, former head of Margaret Thatcher’s Policy Unit, if I may! What does he make of your crop of political characters? Would Brexit under a Mrs Thatcher and his own generation have resulted in such a bloodbath? Or would the protagonists have buckled down and behaved better and been more respectful of the public?

HM: You’d have to ask him! But he wrote a very good article in the London Review of Books about the referendum – and Gove and Boris – last year. I’m sure it would be fine to quote from it*

KG: Finally, who will go down in history as responsible for bringing  off Brexit, Dan Hannan & Carswell or Nigel Farage, or indeed the one woman in the cast who outwitted them all – one Theresa May?

HM: Mrs May will be the one in the history books because history is about the big name jobs. But she did nothing to create the referendum in the first place – that was down to Farage, Hannan and Carswell and plenty of other Eurosceptic politicians, Sir Bill Cash in particular.

Farage will remain famous in his lifetime – he is very good at keeping his profile prominent. And it was he, more than anyone, who forced the referendum. Hannan and Carswell were utterly instrumental but they were playing a more sophisticated, long game. So historians will know of them; but not the general public.

*Postscript to interview. Ferdinand Mount does not, from reading this article anyway, hold the Brexiteers (from Boris Johnson to Nigel Lawson) and, as he represents it, their varied, confused and shortsighted reasons for leaving the EU, in much respect. In his worst case scenario he suggests they suffer from ‘Brexosis’ or a state of paranoia. The prophets of false doom – the Remainers – with whom his sympathies more clearly lay, escape his lens entirely.