NewsPaperthe art of publishing
HomeNewsThe Lake District is greenwashed as money grows on trees in carbon...
57 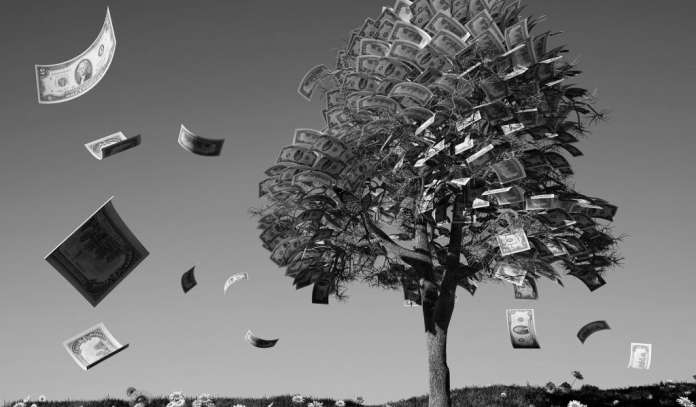 IN a TCW article in March, Philip Walling described the subsidy-chase, land-grab and carbon-offsetting scam in the farming and woodland sector, especially in Northumberland.

Here on the fringes of the English Lake District, we are seeing worse vandalism of our timeless landscape. National Park status was granted in 1951 because the area was beautiful. Beauty was created by centuries of good agricultural practices, animal husbandry and land management.

There have been instances of overgrazing as a result of successive government policies over decades to encourage farmers to produce more food. But in the big picture, things looked good, good enough for chocolate-box views, with a good local character, culture, heritage, traditions and society. Fame ensued, and now we have World Heritage status thanks to that human input.

The area (and the outlying fringes) was noted for fine views, open skies and landscapes, great vistas. Forests were restricted to the worst land, damp upland areas or steep slopes, mid-height, mostly away from habitation.

In this cold climate of ours, light, warmth, and sunlight are crucial for comfort and biodiversity. Being shade-free keeps away the moss, keeps buildings warm and sunny, allows natural grasses and wildflowers to proliferate. The sun controls everything.

This is changing rapidly as inappropriate tree-planting extends across the area. For example, over many years, resurfacing jobs on the A66 and other roads have failed miserably – poor-quality work, new tarmac wearing out rapidly, often to be redone numerous times to solve constant pothole problems.

Yet tree-planting has continued apace. Trees obviously are dangerous objects on roadside verges. The area gets frequent black ice, cars hitting roadside trees are a major cause of fatalities. Trees create shade on the road surface, ice develops … a cocktail of danger. Then the highways contractors come along and cut the trees down again, chipping the products.

Why pay for tree-planting in the first place? Why should the taxpayer fork out twice to both create then solve an artificial problem?  Forget the nuisance trees – spend more money on better tarmac. There should be no trees within 60ft or more of a public highway.

Many classic views from roadside laybys are now lost due to the growth of screening trees. Cash crop growth of willow for so-called carbon-neutral wood pellets is blanketing in greenery parts of the Lake District skyscape from large plantations such as Mungrisdale road-end, when people really want to catch that famous view of Blencathra, also known as Saddleback.

I thought we learned 30 years ago that cash crops such as palm oil and biofuels in Africa and South America were environmentally disastrous. Willow – here! What on Earth?!

There is absolutely nothing carbon neutral about clearing land, planting, harvesting and transporting willow by diesel trucks and tractors. It is analogous with the Drax power generation group’s import of timber and pellets for fake neutrality. Biomass has been described as an ‘accounting illusion’.

The driving engine of this degradation is of course the applied principle of ‘decarbonisation’ – a futile attempt to change the climate. The natural CO2 cycle will ensure that carbon dioxide, the gas of life, will remain at whatever concentration Nature intends, helped along by Henry’s Law and the natural balance of the oceans.

The tiny contribution from Man is neither here nor there, and forms an immeasurable impact on climate. Bear in mind only climate models predict warming – real world observations do not, and models have to date proved grossly inaccurate and ill-founded.

The UN’s Intergovernmental Panel on Climate Change does not study natural climate change, the elephant in the room. Follow the money – it is in researching supposed Man-made global warming alone, something that may be impossible to measure anyway. In the real world of ice-house Earth that we inhabit, things are getting colder, if anything.

A land grab is taking place at the moment around the Lake District fringes. Rich outsiders and some global corporations are buying up land as part of a massive subsidy chase. Some local farmers have been attracted, but most wish to retain their heritage and keep on producing beef, lamb, milk, eggs, pork, ducks or chickens. For the incomers, chasing the subsidy is paramount.

The land grab and subsidy chase is being inflicted on a significant percentage of these areas. Enough to change the landscape forever – a very dubious evolution, and a sudden change from centuries of continuity.

On the website of DEFRA, the Department for Environment, Food and Rural Affairs, multiple overlapping, complex and interconnected funds and processes are advertised, for example: ‘The WCaG (Woodland Carbon Guarantee) offers successful auction bidders the opportunity to access guaranteed government payments for Woodland Carbon Units captured by your project at an agreed price.’

Additional Infrastructure grants are available, additional contributions for perceived ‘benefit’.  The Woodland creation scheme, Woodland carbon code scheme and EWCO – England Woodland Creation Offer – cement your money into the hands of incoming subsidy-chasers, while wrecking the landscape and removing local agricultural production in the process. At a time when food security and local food sources are becoming ever more crucial.

More than £10,000 per hectare – around 2½ acres – is being offered to cover top-quality grazing land in trees. There is in addition an annual maintenance grant. This land will never produce food again. At a time when food security, like energy security,  is becoming critical, this policy of misappropriation of good farmland by government diktat is policy madness beyond belief.

The subsidy chase is unregulated. Planning permission for change of use is not required. The landscape is changing suddenly and forever in a very short time that will cancel out hundreds of years of beautification and productivity.

A local farm of 500 acres (200 hectares) has just been sold. The new owner could be paid £2million to cover it with trees, plus the maintenance grant – at least that is the local rumour. If this happens, there will be no more local food production from this land, a break in hundreds, if not thousands, of years of tradition and benefit.

In addition, major corporations are using the carbon offset scam to claim virtue and subsidy for their global businesses. This is abject politicisation and commoditisation of this glorious landscape, verging on criminal irresponsibility.

Blanket tree-planting also results in the countryside being littered with plastic tubes, used to protect the young saplings. There is no legal requirement for restitution and removal of those.

Observe also that forests are huge sources of methane. For anyone concerned about greenhouse gases, take a walk through the huge landholding of the water company United Utilities at Thirlmere.

This is a dank, dark, damp place, almost impenetrable in some parts. As trees fall and vegetation rots and decays, large volumes of marsh gas are produced in the waterlogged environment.

A walk through these areas will demonstrate the whiff of gas, certainly (for those concerned about greenhouse gases) not environmentally sound. The land would be better as wildflower grassland with productive grazing animals. Methane-marsh-gas-forest – if you have a problem with CO2 or CH4 – don’t plant trees in damp places!!

Regenerative farming would be far better for the local environment and the local economy. Also, bracken – the unspoken environmental disaster of the Lake District – still thrives under trees, contrary to what the tree planters say. Welcome to the tick-infested wilderness, hello Lyme disease! It’s a lose-lose situation. Do we want a bracken and biomass monocultural desert?

The Climate Change Act 2008, net zero and decarbonisation are cancers on every aspect of British life – destroying business, commerce, energy markets, manufacturing, agriculture, education, society and culture. Globalism and external control gone mad. It is guaranteed that those policies will have no impact on any natural change of global climate.

The whole process is a form of greenwashing with the system being milked by big landowners such as United Utilities, the Forestry Commission, who are doing the Government’s dirty work, and others.

In some cases, long-term farm tenants are being removed in order to chase tree subsidies. The National Trust (known colloquially by some in these parts as the National Front) has used similar policies to take farms out of production.

As Philip Walling pointed out in his TCW Defending Freedom  article, we are living a real dystopian Orwellian nightmare. This is worse than timeshare – no doubt carbon credit trades will multiply, allowing multiple selling, with disenfranchisement of Lake District people, heritage and traditions as the result and a complete and damaging change in the pre-existing landscape.

Subsidies must be stopped for so-called ‘renewable’ projects such as trees, biomass, solar and wind. The Climate Change Act 2008 must be repealed.

‘Net zero’ is impossible – this must be accepted. ‘Decarbonisation’ is impossible. Press the politicians to live in the real world, not in denial of Nature.

The Lake District and fringes must not be turned into a rewilded wilderness where the only winners are rich landowners chasing subsidy.

Share
Facebook
Twitter
WhatsApp
Email
Previous articleWhat is the jab risk to children? Why aren’t we being told?
Next articleHas the Third World saved the West from a perilous pandemic treaty? 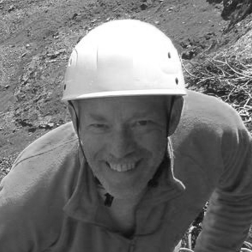 Dave Cumberland
Dave Cumberland is an independent researcher in energy, climate and the environment. He lives and loves rocks and climbs in the Lake District.