The Laura Perrins Interview: Christians have to fight back, says the Telegraph’s Tim Stanley 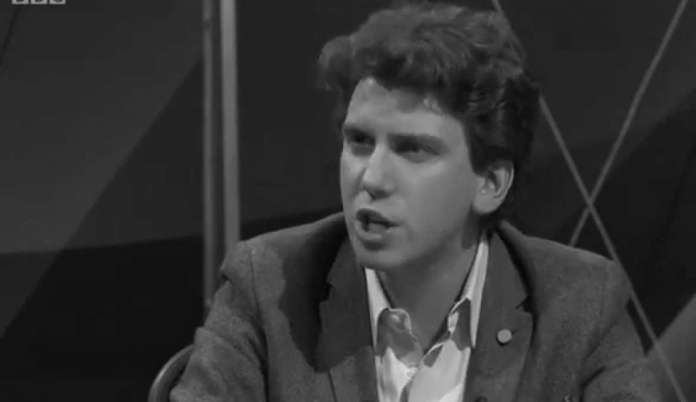 (Tim Stanley is a historian, leader writer for The Daily Telegraph, and contributing editor for the Catholic Herald.)

Laura Perrins: Why should Britain leave the EU?

Tim Stanley: There are logical reasons and then there are emotional reasons. Logically, the EU is turning into something that we don’t belong in. The only way to make the single market work is to integrate politically. Not only do we not want to do that but we’ve also made it clear – by staying out of Schengen and the Eurozone – that we’re not going to change. Hence, the British future within the EU is actually a future on the fringes of the EU. We’d have to suffer all the consequences of European decisions without full democratic control over the decision making. We’ve reached a point where the UK and the EU have to part company.

But I also have “sentimental” reasons for favouring Brexit. Culturally, legally, economically – we’re a very different place to the rest of Europe. Our future lies within the Anglosphere, trading globally. I’m tired of our Parliament being undermined. I don’t like pooling sovereignty, especially when the benefits are unclear.

LP: You support Brexit but many in the Catholic Church and hierarchy believe the EU is a force for good. Arguably the Union has stabilised the Continent twice ravaged by war in the last century. It has also brought huge economic benefits to the people of Europe. The idea of solidarity is essentially a secularist version of Christian charity. Surely, it is unchristian to want to leave?

TS: Yes, we Christians are universalists – and that should logically make us favour of political unions. But if they lead, as the EU has led, to economic chaos in constituent countries then the case for them collapses.

The Union has done nothing to defend the Continent or bring peace. If it had, that would imply that it has a political or military dimension to it – something Cameron denies and wouldn’t be desirable anyway (another natural conclusion to integration is a single army, and few actually want that). The Cold War only brought a veneer of stability to Europe: nuclear deadlock prevented war but not terrorism or post-colonial conflict overseas. After 1989, the Continent suffered genocide in the Balkans and now chaos in Ukraine. The EU isn’t a guarantor of democracy either. It has cut a new integration deal with Turkey, despite its government’s war on the press.

And, yes, solidarity is a secularist version of Christian charity and, therefore, inadequate. To stand with someone is not the same as to suffer with them – a literal translation of compassion. Christian action is best expressed through charity, aid, giving. Not regulations about the correct shape of bananas.

LP: In a recent piece in the Catholic Herald you discuss the dilemma facing American Catholics who might have to choose between Trump or Hilary Clinton for President.

You explain how Trump is quite popular with Catholic voters, despite him opposing Pope Francis on matters of immigration and “climate change” (my quote marks!).

As you say the choice probably facing the conservative Catholic establishment could be either Trump, “totally unpredictable and at war with the Vatican”, or Clinton “leading the sisterhood on the long march to the de-Christianisation of America.” You say neither outcome seems particularly bright.

If you had a vote, who would you vote for?

TS: I’m reluctant to say. I don’t have a vote, so it’s a moot point. And even though I love America and regard it as my second home (I’m proud of my visa), I don’t think I can quite fairly tell its citizens what to do. That said, I will admit that I was invited to vote as part of the Republicans Abroad primary poll – and I went for Ted Cruz. This was the time of the Iowa caucus and he was the best hope for stopping Trump. He remains so, and people can take from that what they will!

LP: You do have a rosary – who will you pray for?

TS: Usually it’s anyone who I’m in disagreement with. I don’t want that to sound patronising. I know that some people say “forgive your enemies because nothing annoys them more”. But I do, genuinely, take time out to think long and hard about anyone who I’ve had difficulty with, try to see things from their point of view, acknowledge my own mistakes and pray that they’ll be okay.

I think prisoners need our prayers in particular – especially bad people who don’t know that they’re bad. It must be very lonely to be so far from God.

LP: The death of Justice Scalia, the conservative Supreme Court Justice, was a huge blow for the conservative establishment in the United States, and I believe elsewhere. He was an intellectual powerhouse as well as husband of 55 years, father to 9 children whose son is a Catholic priest and led his father’s funeral mass. Will we see the likes of Justice Scalia again?

TS: Scalia does leave an enormous hole, but I have so many friends in Washington who could be future Scalias that I retain hope. In about forty years – hopefully longer – we might be saying of Paul Ryan, the new Speaker of the House, “we’ll never see his kind again”. We have to have faith that the well of human knowledge is kept fresh by the grace of God.

LP: You also explain elsewhere that Christians in Britain need to start acting like a minority group, I agree.

Only recently a magistrate was sacked for saying it is better for a child to be raised by a mother and a father. This was the view of pretty much everyone including the political establishment up to about 2 minutes ago. It is rather frightening, is it not, that you could get fired from a job for believing in the complimentarity between the sexes, and the right for children to have a mother and a father.

The truth is things are looking pretty bleak for conservative Christians. Should we just pack up our bags and go home?

TS: I’m a historian by training and I find short-term memory syndrome among politicians really, really distressing. In 2008, Obama and Clinton said marriage was between a man and a woman alone. Jack Straw, then Labour Home Secretary, said the same in 2000. The Left argued until very recently that civil partnerships represented the end of the debate about gay rights. It turned out to be the beginning of a whole new chapter. Amnesia about shifting goals is irritating because it means we find ourselves debating someone quite capable to reinventing the whole debate overnight – and crying loudly that this has always been their position, a position rooted in eternal, universal human rights that actually weren’t around until recently.

No, we shouldn’t give up and give in! My call to acknowledge that Christianity is in decline was intended to be a call to fight back. Its influence has always peaked and troughed. In the mid-19th century, church attendance had hit an all time low. Christians had to re-evangelise and, crucially, politicise. Their influence was felt on issues like child prostitution.

Go back to the first few centuries of Christianity and, of course, the picture was even bleaker. Never forget that Nero lit the roads with burning martyrs. Being sacked in 2016 is awful but nothing compared to what our brothers and sisters endured back then – or endure today in Syria. I’ve met Egyptian Copts terrified for their lives. They live in the shadows in Britain, their asylum claims often rejected, starving rather than returning to a country where they might be recognised and murdered.

Christ is offensive and outrageous. If we’re not despised, we’re probably not sharing his words honestly enough.