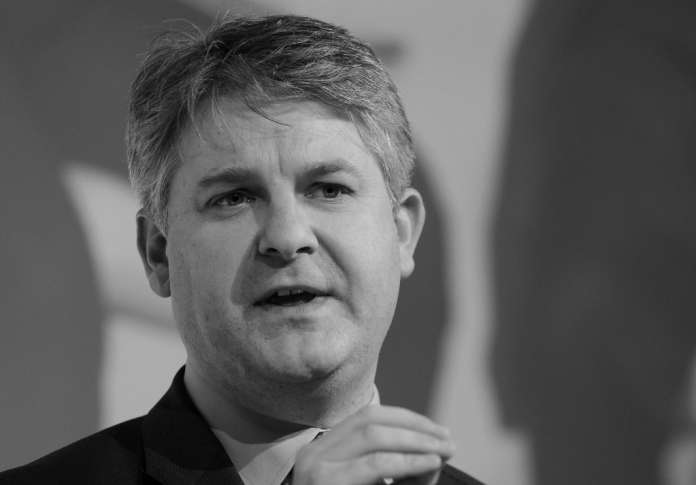 Laura Perrins: In your speech to the conference of Justice for Men and Boys, you have come in for criticism for daring to question the feminist orthodoxy, namely that women are always the oppressed group. In particular you said: ‘In this day and age the feminist zealots really do want women to have their cake and eat it.” …They fight for their version of equality on all the things that suit women – but are very quick to point out that women need special protections and treatment on other things.”

Philip Davies MP: I honestly do not think that there is a better point than the one I made about prison uniforms. Men in prison on the basic regime have to wear a prison uniform. Women in prison do not. How, I have asked on several occasions, can this be fair? Where’s the equality in that? We have a completely different policy simply based on the sex of the prisoner. I am told that it is because women are different and they may have self-esteem issues that prevent the policy of prison uniform applying equally. Yet there is no available evidence to back this up, no proper justification for it and yet it has been accepted as fact because nobody has actually challenged it.

Men and women are different. It is a fact. Yet this is not allowed to be a reason to prevent equality in the fields where men are “differently better” on the whole – e.g. when it comes to jobs that require great strength – as that would be sexist. A woman must have equality and do whatever she wants.  Except not when it comes to wearing a prison uniform. This is a simple but classic example of those who want women to have equality but only when it suits.

LP: At the conference you also said, according to reports, “Britain’s justice system was skewed in favour of women.”

Can you expand on this? I was a criminal defence barrister and represented both men and women. I think it is a mistake to conflate the needs of male and female defendants and prisoners – I believe their needs are different. I also think it is a mistake essentially to play one group off against the other. Arguably, both groups have been failed by our ultra socially liberal society. Young men in particular have been robbed of their fathers and role models, which can lead to catastrophic consequences. But equally young women have been denied their fathers as protectors, which can have equally dangerous if different outcomes?

I made it perfectly clear in my speech that I believe that there is no issue between men and women. Considering men and women separately – as if they live in complete isolation to each other – is actually ridiculous. Neither group is isolated. Both sexes have mothers and fathers, sisters and brothers, uncles and aunts, grandmothers and grandfathers, sons and daughters, husbands and wives, boyfriends and girlfriends etc, so for every woman there are related male parties and therefore a vested interest in men’s issues.

Ironically, if you think about it, men being incarcerated in the numbers they are means that it is women who make up the vast majority of those on the outside – many left struggling as a result of their partner’s/father’s imprisonment.

My simple point is that if you have a man and a woman who have committed the same crime in the same circumstances, the sentence should be the same. I am not talking about different crimes and different circumstances. I believe that what is sauce for the goose is sauce for the gander. For example, if a man and a woman go out in the night together, they both attack an old lady and steal her jewellery then I cannot see how on earth they should be treated differently. Yet this is exactly what is happening.

I asked the House of Commons Library again the other day for the very latest figures they could provide on sentencing and they are as follows: 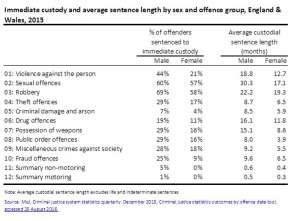 I do not think there is anything I can add to these crystal clear facts showing that across the board on sentencing, women fare better than men!

LP: The reaction to your speech over the Summer was ironic to say the least. First, the feminists demonstrated their zealotry in attempting to censor any debate or discussion of your points. To me this makes them the extremists. You are an MP answerable to your constituents, but they answer to no one but their fellow keyboard warriors?

PD: The evidence is undeniable, which is what makes the hoo-ha surrounding what I said all the more interesting. The very people I was referring to in my speech have done exactly as predicted as you say! I have seen very little in the way of sensible argument and am struggling to find anyone who has actually gone through what I said and come up with reasons for it being incorrect.  The problem for them is that they can’t argue with the facts. Instead, as Kathy Gyngell – co-editor of this site and someone who was also at the conference I attended – extremely helpfully pointed out [7th September] they decided to play the man and not the ball. Now when anyone plays the woman instead of the ball, all hell breaks loose, but this irony seems to be lost on those whose vitriol is directed at men.  This is precisely what the militant feminists I referred to want to see.

I always said from day one as an MP that I would fight political correctness and sometimes this means taking on unfashionable causes. If I was in a popularity contest this might not be the best subject to make waves about! However, I believe in fairness and honesty in debates and I am afraid this issue has been completely hijacked by those who see the evidence as a very inconvenient truth and who choose to spout completely irrelevant facts to make their case. This is all part of an agenda that I wholeheartedly oppose. The fact is that women are not treated more harshly in the criminal justice system – quite the opposite – and I for one believe they should be treated the same as men when it comes to sentencing.

LP: The second irony was Jeremy Corbyn tweeting that you were “deeply sexist and show utter contempt for women.” This coming from a leader of a party whose female MPs have been hounded by many of his supporters. Surely, he needs to leave the glasshouse before throwing any stones at you?

PD: Apparently my comments were “misogynistic”, “sexist” and I had shown “utter contempt for women”. I am not going to treat these comments seriously as people who know me can judge me for themselves.

What I will say is what would people like Jeremy Corbyn, Angela Rayner and the others calling for me to be sacked have said if the exact speech that I had read out had been read out by a woman? I know women who could easily have been saying the exact same thing – especially since so much of it was based on statistics and hard evidence – so what would have happened if they had said it? What of Ann Widdecombe whose column in The Express not only backed up what I had said but also was headed “Women want to have their cake and eat it, says Ann Widdecombe”?

Are Jeremy Corbyn et al seriously saying that someone in this day and age should be suspended from their party for making a factual speech on an issue the feminists have hogged for too long just because they are a man? If that is the case, then those in the Labour Party better be very careful indeed. What did Jeremy Corbyn do when a Labour MP referred to “lynching” a female Tory MP? Did he sack him? No. Did he suspend him? No. He made him Shadow Chancellor. Perhaps Jeremy Corbyn might answer what should happen to an MP who refers to lynching a female MP to whip up supporters.

I have been talking about this issue for a few years now – I am not a newcomer to all this. I actually ought to thank the feminists and politically correct males that I was criticising in this recent speech because, as far as I am concerned, they have made my point rather well for me and because of all the flak I have taken on the issue from them – it is at last being discussed!

Philip Davies MP is the Conservative MP for Shipley.