The Left loves minorities – until they go after the gays 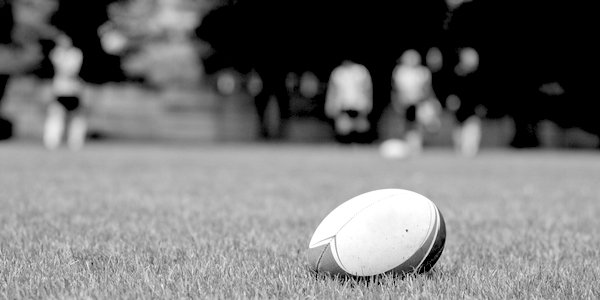 THERE are a few stories that have had the old lady brain thinking in the past week. They all have a common thread: minorities and the gays. First is the ongoing No Outsiders programme being used to push the radical LGBT programme in schools in Birmingham and objected to mainly by Muslims.

A row also erupted in the rugby world when Australia player Israel Folau decided to share his views on morality and the Bible on social media. Folau, a devout Christian, posted a picture which included the words: ‘Warning. Drunks, homosexuals, adulterers, liars, fornicators, thieves, atheists, idolaters. Hell awaits you. Repent! Only Jesus saves.’

Folau was sacked for this by Australia but this will now go to a hearing. A three-member panel will determine whether Folau breached Rugby Australia’s code of conduct by posting anti-gay comments on social media or whether he exercised his right of religious freedom.

Another player, England’s Billy Vunipola, got into trouble because he supported Folau’s right to express his views.

Vunipola was given a formal warning for this and issued an ‘explanation’.

Finally, also in the world of rugby, Samu Kerevi, who plays for the Australian national team and captains the Queensland Reds, sparked bitter controversy with a message of devotion and a verse from the Gospel. The 25-year-old posted a picture of himself with the caption: ‘For God so loved the world, that he gave his only begotten Son, that whosoever believeth in him should not perish, but have everlasting life.

‘Thank You Jesus for dying on the cross for me. I love you Jesus.’

He then apologised, and then un-apologised. It seemed. You can read it here.

Confused? Indeed I am. My point is not to get into the specifics of each case. Do I think in the rugby cases the players should be able to post and say this stuff? Yes, although there are limits when contractual obligations are involved. Do I think, morally, you should go around posting much of this stuff? Probably not. I’m not sure it is bringing anyone closer to God, which really should be the name of the game.

Critically, however, if you look at each of the men involved in these stories you will note that they are all from ethnic minorities. Not one has a membership card to the most evil group of all – the straight, white male. Three are Christians, which is a big blot on your copybook and one is Muslim which usually puts you top of the class in the Leftist category of oppression Olympics, but not in Mr Hussain’s case. What is the Leftist to do given the choice beween the gays and the people of colour? Who should be crushed by the bus marked ‘diversity’? Why, the minorities!

These guys will be thrown under the diversity bus because they went after the gays. That is my point about the new Diversity Gospel espoused by the Left – it goes only skin deep. They will only tolerate so much diversity, the Leftist kind.

What these ‘men of colour’ must understand (I hope got the parlance right there) is that they are mere ornaments to the Left. They are there to sit on the shelf and make their Leftie friends look good. But should they say something a little embarrassing, these ‘homophobes’ are straight white males in all but name.

You can be diverse, but silent. You can be diverse in the way a communist might argue with socialist, but that is about as diverse as you can get. Nice shoes, a funny name, a quirky hair-do – that is what the Left really mean when they mean diverse.

It most certainly does not mean holding any traditional Christian or conservative views. Or Biblical views. If you say anything along those lines then you are a ‘hater’, a hater plain and simple, and you go right down to the bottom of the class with all the straight guys and ‘Easter worshippers’.

So someone please send these guys the memo. Minorities with Biblical views should be seen and not heard. They do not seem to be up to speed yet.