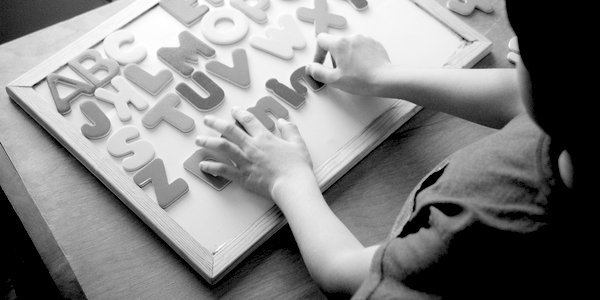 IF YOU can read this you are probably over fifty. Tiny snippets in tabloid papers sometimes offer clues to major national issues. At the bottom of a page in Metro on Friday, a few lines praised our improving education system.

The latest primary school SAT results show that while 70 per cent of girls reached the ‘expected standard’ in reading, writing and maths, only 60 per cent of boys did so. An overall figure gave a one per cent improvement.

The newspaper and the ‘school standards’ minister Nick Gibb are delighted. ‘It’s a testament to the hard work of pupils and teachers,’ said Gibb.

It certainly is, though some of us would award no gold stars at all. But if girls are doing better, hey, that must be good. Better get with the zeitgeist, as that is what state education in the UK is all about.

Yesterday was National Literacy Day. In effect, we were invited to celebrate a 1 per cent increase in our schoolchildren’s literary success along with Mr Gibb, and forget that our schools currently rank bottom, twenty-third out of twenty-three, for teenage literacy among Organisation for Economic Cooperation and Development (OECD) nations.

Those nations include Chile, Estonia, Hungary, Poland and Slovakia, which have tiny economies compared with ours, and Mexico, which is a failed state. We are the only one of the thirty-six OECD countries where the literacy of 16-24-year-olds is lower that of those aged 55 and over. This is the first generation in history to be less literate than their grandparents.

Former education secretary Michael Gove rightly referred to elements among UK teachers as the ‘enemies of promise’. As he tried to raise standards, he became anathema to the National Union of Teachers and the Association of Teachers and Lecturers. ‘Gove’ became a meme for their hatred of the capitalist system.

In the UK, unlike other countries, literacy is about politics. Between 2009 and 2016 the General Secretary of the NUT was Christine Blower, a one-time London Assembly candidate for the ‘London Socialist Alliance’, a Trotskyist coalition including the Socialist Workers Party.

The teaching unions have always denied that literacy standards are falling in the UK, and insist that international league tables are irrelevant. For years we’ve watched as teachers have been absurdly addicted to ideological teaching methods, persisted with even if they are patently ridiculous and don’t work.

Teachers resisted the reintroduction of phonics, even though children were not learning to read with the ‘whole-word learning’ technique. We had Glenys Kinnock, the wife of the then Labour leader, saying she was ‘very Left-wing about reading’.

Teachers, or ‘facilitators’ as they preferred to be known, clung to mixed-ability teaching even though it brought down the brighter pupils. They still abhor learning by rote, long known to be effective for teaching times tables.

When I taught in prison, the staff sneered at African prisoners, far more able than the English inmates, because it was believed they’d been taught by rote and so ‘were not creative enough’. I was grateful that they, unlike the English lads, could concentrate and contribute, with a much wider vocabulary.

It’s doubtful that there are any conservative teachers in state schools now. https://capx.co/where-have-all-the-conservative-teachers-gone/ I would characterise conservative teachers as people who love their subject more than politics, yearn to impart knowledge by traditional methods, and cherish an ancient canon of knowledge which they want all pupils to share.

Joe Baron wrote in the Spectator in 2016 that he’d lost his job as a teaching assistant after revealing he was ‘the only right-of-centre teacher in the history department’. He’d worried about the indoctrination of the pupils, particularly about the British Empire, with what seems to have been inaccurate information.

A poll before the last election showed that only 8 per cent of teachers were voting Tory. They probably gave that information secretly. According to Laura McInerny, founder of ‘Teacher Tapp’, an app trying to give a widerrange of teachers ‘a voice’, in 2017 60 per cent of teachers said they had voted Labour and 12 per cent Tory, which, says McInerny, ‘might account for why Tory teachers say they feel uneasy talking about politics in the staffroom’.

A YouGov poll before the last election found that 56 per cent of headteachers were voting Labour. Teachers I know never mention their conservative politics or support for Brexit in the staffroom. Thanks to this addiction to Marxist post-modernism, which insists that knowledge is relative and, worse, ‘elitist’, we now have an underclass of people who can’t wash their hands without diagrams, cannot recognise nutritious food or manage basic cooking for their families, let alone design a car engine.

They know nothing of geography, history or literature, apart from The Handmaid’s Tale and To Kill A Mockingbird. Ironically the Metropolitan Left now feel rather bitten by this, blaming the uneducated mass for Brexit. Joe Baron’s downfall came when ‘after keeping schtum for two months’ he challenged a colleague’s view that ‘Tory voters are all thick’.

As a nation we are now world-famous for the shambles of Brexit. Some on both sides of that divide worry that if it ever happens the educated, diligent (European) workers will leave. No need to worry: they will soon be replaced by south-east Asians who are more educated by the age of ten than many Brits are by 18. They will fill the learning and skills gap which of course is what the Left want – a new constituency for them in addition to the already captured state-dependent underclass. How the better-educated new arrivals will view our education system and its post-modern value system is another matter.