Shameless and vindictive – the Left’s attempt to silence Phillips 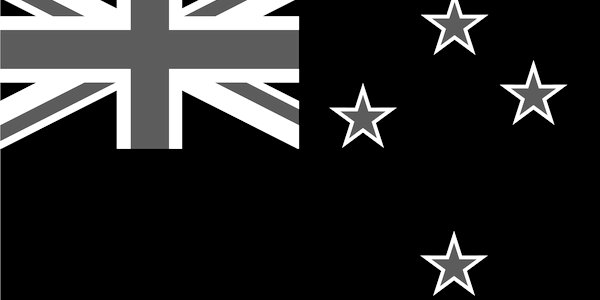 I USED to have a policy of not commenting or tweeting about terrorist attacks until at least 24 hours have passed. I do this because first it is indecent not even to wait until the victims are named before discussing any attack in a broader way, and second there are rarely any words sufficient to express your horror at the outrage and your sympathy for the victims and their families – especially as their names and stories will not be known.

I broke this rule, however, after the atrocity in Christchurch. Many on the Left could barely wait a few hours before scoring political points and in particular accusing well-known conservative commentators of essentially having a hand in the attack. Then I saw a lot of comments directed towards Melanie Phillips, until eventually she was top trend on my Twitter feed.

All the usual insults were there: she was a fascist sympathiser, she was a dyed-in-the-wool racist; one very well-known Left-wing commentator said: ‘Get a very big bin, and put Melanie Phillips, Rod Liddle, and Douglas Murray in it. Then fire the bin into outer space.’ Another classic was: ‘It’s very simple . . . Melanie Phillips is a nasty vindictive Zionist!’ And so it went on.

Quickly and perhaps predictably the calls came that Phillips should no longer write for the Times, or be given a platform on the BBC, especially on programmes such as Question Time. And this of course is the ultimate aim of many on the Left who couldn’t even wait a day before trying to make political hay out of this appalling atrocity in New Zealand – attack the people who we have always disagreed with politically. Let’s exploit this tragedy to silence voices that are well within the mainstream conservative movement, such as Melanie Phillips, Rod Liddle, Douglas Murray and Julia Hartley-Brewer, to get them and their views beyond the pale.

I admit the attack on Melanie annoyed me the most. I know Melanie a little (we run some of her blogs from her own website, as indeed we do today with her brilliant analysis of what the Brexit debacle means)

and we stay in contact if a big issue comes up. I also know that she observes the Jewish Sabbath, and although she could reply to the initial attacks by people such as Baroness Warsi, she was unable to do so after sundown on Friday and for most of Saturday. Meanwhile the abuse piled up.

Baroness Sayeeda Warsi (143,000 followers) saw fit to declare she knew the inner workings of Melanie Phillips’s heart, tweeting: ‘Please Melanie not today, Spare us the faux sympathy Today I have no patience 4your bull?, You are part of the problem

Please Melanie not today
Spare us the faux sympathy
Today I have no patience 4your bull?

Stop tweeting
Go sit in a dark room
Reflect
Ask yourself why u r so consumed with hate
Get help ? https://t.co/b9Qk9HwEEs

This was retweeted more than 5,000 times. It manages to be both patronising and just plain nasty – accusing someone of having ‘faux sympathy’ over such an awful terrorist attack is disgusting, plain and simple. I’m pretty sure it isn’t Melanie who needs to sit down in a darkened room.

Or perhaps the truth is that we could all go and sit somewhere, if not in the dark then at least somewhere far away from Twitter. Yes, I am heavy user of it, but it is on days like this that it really becomes a cesspool of hate. The point-scoring, the doubting of another’s expression of sympathy and therefore their humanity, the exploitation of a tragedy to attack others and shut down debate. It is just revolting – all of it. Which is why it is best to stay away from it for the rest of the weekend.