The liar who puts even Johnson in the shade 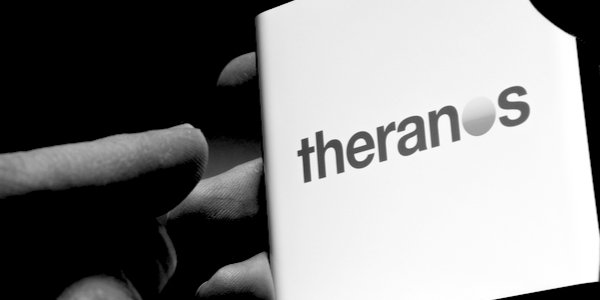 ‘I’M saying categorically that nobody told me, nobody said this was something that was against the rules,’ said Boris Johnson in response to the Downing Street party scandal, a defence so outrageous, showing such astounding chutzpah, that even he couldn’t believe that he could get away with it.

Or could he? As he faced the prospect of an unwanted early retirement, I was reminded of the parallels with an even more infamous person of flaxen tresses whose lies and subsequent fall from grace put even Johnson’s in the shade.

Earlier this month, Elizabeth Holmes was found guilty on four counts of fraud in California. If you are not familiar with the story of Holmes and her company Theranos, she was the start-up darling of Silicon Valley, claiming to have invented a way of analysing blood samples from just a pin-prick for hundreds of medical conditions, all in a matter of minutes. Truly this was a hugely significant advance in blood analysis, and Holmes attracted the attention of major venture capitalists and a super-heavyweight board including George Shultz and Henry Kissinger.

There was one problem: the technology did not exist. However, unbelievably, for over a decade Holmes got away with it until the whistle was finally blown after human trials showed wildly inaccurate results, in some cases perhaps threatening patients’ lives. It is a story of greed, gullibility, hubris, deception and not least considerable heroism from those who spoke out, most notably former employee Tyler Shultz, who had to face down both his grandfather and the near-mobster tactics of Theranos’s lawyers, as well as the tenacity and courage of the Wall Street Journal reporter John Carreyrou who broke the story.*

Naturally, there has been much gossip and amateur speculation on Holmes’s psychology. Like Johnson, from an early age she was insanely ambitious – a well-known personality trait in psychopaths. Whereas Johnson wanted to be King of the World, at nine years old Holmes wanted to make a billion, which is ironically the sum her investors eventually lost betting on her. Was she simply born bad, or was she corrupted by the culture of ‘the Valley’: the cult of the charismatic, totalitarian CEO; the ‘fake it until you make it’ or ‘vapourware’ mentality? Whatever the reason, she is certainly a very bad person today, showing little or no remorse for the lives she has ruined.

I think Holmes is merely the apotheosis of the wider spirit of our post-modernist age, namely that reality is what you say or more importantly feel it to be. Holmes took that ethos to its ultimate conclusion. Tony Blair may have convinced himself that Saddam Hussein had weapons of mass destruction, Johnson that the rules are not the rules, or he didn’t know about them, the Coulson jury that the rule of law does not apply if it contradicts wider motivations and emotions, but Holmes went even further. People at her company who developed qualms about the readiness of the technology and confronted her personally were fired for the crime of ‘being cynical’. Holmes really does seem to have believed that ground-breaking technology could be simply magicked into existence, and sustained there, as long as the narrative was kept going.

We see this same sickness in our elites all around us, in the collective madness of ‘Net Zero’ – another area where the ‘vapourware’ mentality holds sway and huge gambles are being taken on the promise of yet uninvented or unproven technology to save the day. We see it also in the stark, staring insanity that a man can truly become a woman, in the groupthink response to Covid-19, and so on. These are the ‘luxury beliefs’, held by extremely comfortable people morally and materially disconnected from the great masses they daily inflict disaster upon.

Nonetheless, the encouraging parable of Holmes and Theranos is that ultimately, the emperor thrives only until brave souls point out that he really isn’t wearing any clothes.