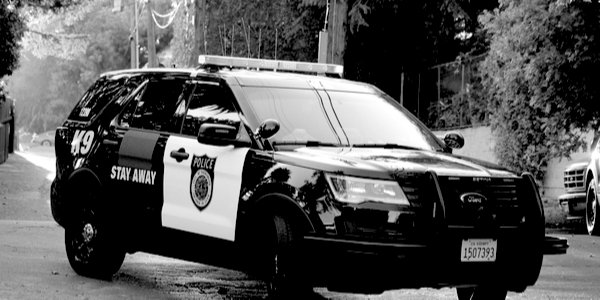 IN 2016, the American author and academic Heather Mac Donald warned that the Black Lives Matter movement was costing black lives.

Mac Donald,  the Thomas W Smith Fellow at the Manhattan Institute and contributing editor of City Journal, had just published The War on Cops, in which she warned that raced-based attacks on the criminal justice system, from the White House down, were eroding the authority of law and putting lives at risk.

Interviewed by Laura Perrins for TCW, she debunked claims that ‘we are living through an epidemic of racially-driven police shootings of black men’ that President Barack Obama, erstwhile Democratic presidential candidate Hillary Clinton and the entire mainstream media had been relentlessly amplifying. You can read the full interview again here.

She explained that the evidence was simply not there to support the claim – as Cresta Norris’s post today confirms – and worse that the false narrative has had, and continues to have, lethal consequences, and not just for police officers.

The terrible irony, Mac Donald pointed out, was that with cops ‘backing off proactive policing in black neighbourhoods’ black lives were being lost to drive-by shootings at sometimes record rates. The anti-cop lie, she said, had also resulted in a dangerous level of hostility being directed at officers in inner-city areas. Gun murders of police were up 59 per cent nationally, she reported, while in Chicago, where ‘anti-cop hatred is at a fever pitch’, gun assaults on officers were up 100 per cent.

Mac Donald’s has been one of the few voices challenging the received wisdom that American police’s historic legacy has left them systemically racist. Her article in this week’s Wall Street Journal, entitled The Myth of Systemic Police Racism, argues clearly that officers who use excessive force must be held accountable, but that there’s no evidence of widespread racial bias. Her concern is that George Floyd’s death in Minneapolis ‘has revived the Obama-era narrative that law enforcement is endemically racist’, though all the hard evidence shows that it is not.

The article is behind a paywall – unfortunately, because it deserves the widest possible dissemination as rioting and protesting that has spread across America is, even more irrationally, spreading here. So here is a summary.

Mac Donald holds America’s leading Democrats once more to account for reviving, so irresponsibly, the myth of institutional discrimination. She describes it thus: ‘On Friday, Barack Obama tweeted that for millions of black Americans, being treated differently by the criminal justice system on account of race is “tragically, painfully, maddeningly ‘normal’.” Mr Obama called on the police and the public to create a “new normal” in which bigotry no longer “infects our institutions and our hearts”.

‘Joe Biden released a video the same day in which he asserted that all African-Americans fear for their safety from “bad police” and black children must be instructed to tolerate police abuse just so they can “make it home”. That echoed a claim Mr Obama made after the ambush murder of five Dallas officers in July 2016. During their memorial service, the president said African-American parents were right to fear that their children may be killed by police officers whenever they go outside.

‘Minnesota Gov. Tim Walz denounced the “stain . . . of fundamental, institutional racism” on law enforcement during a Friday press conference. He claimed blacks were right to dismiss promises of police reform as empty verbiage.’

She goes on to detail how they were wrong during the Obama years and remain so today, that ‘however sickening the video of Floyd’s arrest, it isn’t representative of the 375million annual contacts that police officers have with civilians. A solid body of evidence finds no structural bias in the criminal-justice system with regard to arrests, prosecution or sentencing. Crime and suspect behavior, not race, determine most police actions.’

Police shootings, she asserts, are not the reason that blacks die of homicide at eight times the rate of whites and Hispanics combined; criminal violence is.

She cites two recent studies which are the latest in a series undercutting the claim of systemic police bias.

She goes on to argue that the false narrative of systemic police bias resulted in targeted killings of officers during the Obama presidency and that the pattern may be repeating itself: ‘Officers are being assaulted and shot at while they try to arrest gun suspects or respond to the growing riots. Police precincts and courthouses have been destroyed with impunity, which will encourage more civilization-destroying violence. If the Ferguson effect of officers backing off law enforcement in minority neighborhoods is reborn as the Minneapolis effect, the thousands of law-abiding African-Americans who depend on the police for basic safety will once again be the victims.’

She concludes with this: ‘The Minneapolis officers who arrested George Floyd must be held accountable for their excessive use of force and callous indifference to his distress. Police training needs to double down on de-escalation tactics. But Floyd’s death should not undermine the legitimacy of American law enforcement, without which we will continue on a path toward chaos.’