The living hell of Christians in Pakistan 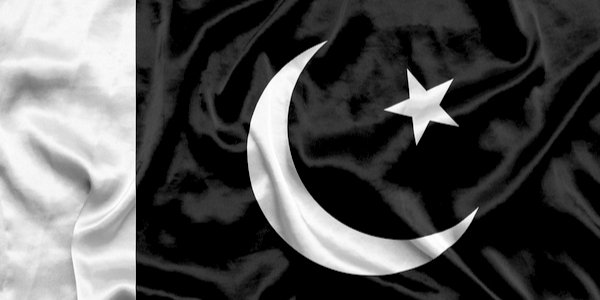 THE Pakistani prime minister, Imran Khan, is positioning himself as spokesman for those condemning the supposed rise of ‘Islamophobia’ in the West. In a recent UN speech he called for a global dialogue to counter Islamophobia. He has also repeatedly emphasised that no one must be allowed to create any connection between Islam and terrorism.

Imran proclaims that there is no such thing as radical Islam, there is only Islam which is rooted in compassion and tolerance. In an emotional address to the Pakistani parliament on the fall of Afghanistan, he praised the Taliban for having ‘broken the shackles of slavery’.

Meanwhile, persecution of Christians in Pakistan grows apace. In this year’s report of the United States Commission on International Religious Freedom, Pakistan was once again recommended to be designated a ‘Country of Particular Concern’ due to its treatment of Christians and other religious minorities. The Christian support organisation Open Doors 2021 World Watch ranks Pakistan as fifth-worst of the 50 countries where it is most difficult to be a Christian.

Persecution of Christians in Pakistan in the first quarter of this year has included false blasphemy accusations, abductions, forced conversions, forced marriages, physical violence, religiously motivated murders and general intimidation. Despite this, Pir Noor-ul-Haq Qadri, Minister for Religious Affairs and Interfaith Harmony, claimed on September 27 that all religious minorities enjoyed total freedom of religion in Pakistan.

On September 5 Muslims sprayed a Pentecostal service in Lahore with gunfire. A pregnant woman was among the many victims; for some, the injuries are life-threatening. Also attacked was the New Hope Church of Pakistan in the Sheracote, a district of Lahore, where the homes of Christians were similarly targeted.

Roheel Zafar Shahi, secretary general of the Pakistan Minority Rights Commission, reacted to the incidents. After stating the obligatory: ‘The government is making great efforts to protect and safeguard minority places of worship’, he had to admit: ‘Unfortunately, in the last three years, incidents and abuses against minorities have increased by 40 per cent.’

This year Salima Rani Bibi, a Christian woman routinely subjected to sexual harassment and assault by her work supervisor, filed a complaint with her employers in the municipal administration of Khanewal in Punjab Province. She also told the police. Despite there being numerous witnesses to the harassment and assault, no action has been taken with a court hearing being repeatedly postponed. The accused belongs to a powerful local family with connections to senior Punjab politicians. He has threatened to accuse Rani Bibi of blasphemy unless she withdraws the charges. She has gone into hiding with her children amid mounting pressure from the community around her.

According to Open Doors, Christians in Pakistan face extreme persecution in every area of their lives. Believers who have converted from Islam face the greatest levels of persecution, but all Christians are considered second-class citizens. Christian girls face abduction and rape with no recourse to justice. They are often forced to convert to Islam and marry their attackers.

Chashman, a 14-year-old Pakistani Christian girl, disappeared after school. Her family frantically searched for her in the streets. Repeated visits to the police were made but they initially refused to file a missing person case. ‘After much pleading, our application was converted into an FIR [First Information Report, No. 622/21], but the police remained indifferent to the issue,’ said the girl’s father Gulzar Masih, a rickshaw driver.

The following day, images of an Islamic conversion letter and affidavit supposedly signed by the under-age girl and witnessed by a sheik known for his ‘radical’ tendencies, were anonymously texted to the family. The documents indicated that the child had willingly converted to Islam and married a Muslim named Muhammad Usman.

‘We requested the police to at least recover Chashman and ask her under what circumstances she had left her home, but they are not listening to us,’ her father said. ‘They say she has changed her faith and married of her own will, so there’s nothing they can do. But my daughter is only 14 – she’s just a child.’

On September 23 a Lahore court refused to give custody of Chashman back to her father. This was on the grounds that mental capacity and not age was the deciding factor in conversion to Islam. She remains in the custody of the man who abducted her.

Chashman’s abduction adds to the growing list of under-age Christian girls who have been forcibly converted and married to their Muslim abductors, particularly in Punjab and Sindh provinces.

Child marriages are criminal under Pakistani law but like so much else in the country, what is said is one thing, reality another. Pakistani law recognises intercourse with a girl below 16 with or without her consent as rape punishable by death. However, courts have repeatedly held that the marriage of an under-age Muslim girl cannot be termed invalid because Islamic law holds that a consenting girl who has reached puberty can marry, even when that under-age ‘Muslim’ girl was forcibly converted.

It is reported by the UK-based non-profit Centre for Legal Aid, Assistance and Settlement that a Muslim couple in Pakistan’s Punjab province forcibly converted a 13-year-old Christian girl named Neha to Islam so she could work as a cook in their kitchen and touch utensils and food items. Now they are refusing to allow her to return home to her parents unless they pay a ransom. Her captor, a medical doctor named Altaf, recently told her parents that she had embraced Islam and he and his wife were keeping her as their servant.

Meanwhile Pakistan, which has its own space programme and nuclear weapons, is the top recipient of aid from the UK. In 2019/20 the UK government handed Pakistan £302million of taxpayers’ money.