The long shadow of Suez 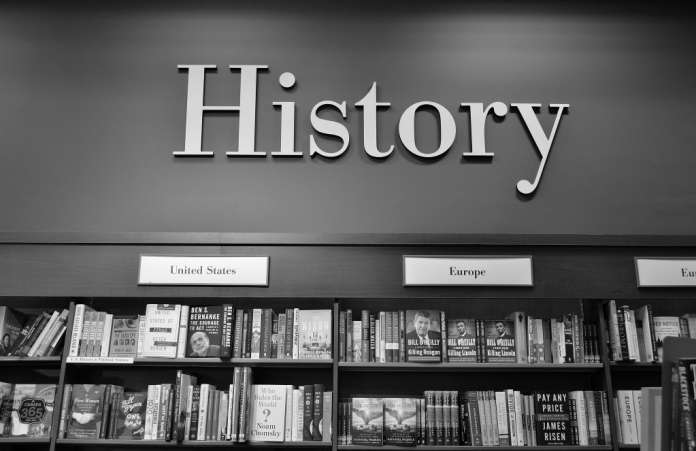 THE extraordinary sight of a gigantic container ship blocking one of the world’s most important waterways brings back into the headlines a name that holds bitter memories for Britain – Suez.

In 1956, our invasion of Egypt alongside the French and Israelis in an attempt to regain control of the Suez Canal and topple President Gamal Abdel Nasser ended in debacle, disillusionment and dishonour.

Historians mark the episode as the major turning point in Britain’s decline as a great power and a pivotal step towards the end of empire, when it became humiliatingly apparent that America and Russia now ruled the world.

The canal across the Suez isthmus, joining the Mediterranean and the Red Sea, was built by French engineer Ferdinand de Lesseps in collaboration with the Egyptians. Opening in 1869, it immediately gave a massive boost to world maritime trade. A ship that passes along the 101-mile ‘ditch in the desert’ is saved a 6,000-mile voyage around Africa, the journey time reduced from some 20 days to just 13 hours.

At first a private company consisting of mainly French and Egyptian shareholders owned and operated the waterway. In 1875, Britain bought the stock of the bankrupt ruler of Egypt, Ismail Pasha, for £4million, becoming the largest shareholder.

The canal was a vital link to our imperial possessions in the East – especially India – and had to be to be protected. So in 1882, after a military coup against Egypt’s then ruler, Tewfik Pasha, Britain invaded Egypt, defeated the rebels, and stayed there. It was the beginning of an occupation that in effect ended only in June 1956, when our troops were withdrawn from the canal zone by agreement.

A month later Nasser, furious at being refused aid by the US to build the Aswan High Dam on the Nile, seized control of the canal by nationalising it. Its shareholders were compulsorily bought out and Nasser apparently intended to use revenue from the canal to finance the dam project.

At first, opinion in Britain was for action over the seizure. Aside from the political considerations, the canal was an invaluable economic artery for Western Europe, the main conduit for oil supplies from the Middle East.

Tempers cooled as canal trade carried on without disruption. However, Prime Minister Anthony Eden was determined to strike back against Nasser. He and others saw the Egyptian strongman as a new Hitler or Mussolini, determined to become the kingpin of the Arab world. There were also justifiable fears that his actions might allow the Soviet bloc to infiltrate the Middle East.

However, the key to the whole issue was the attitude of America. In September 1956, Chancellor Harold Macmillan visited President Dwight Eisenhower in Washington and for some reason came away with the impression that the US would tacitly approve an invasion.

In fact, the Americans were against intervention in Egypt. They had long been hoping to woo Nasser into the Western camp as the Cold War became chillier. They knew that supporting an invasion might drive the Arab world towards the Communist bloc, a geopolitical nightmare.

However, the countdown to war had already begun. Between October 22 and 24, British, French and Israeli representatives gathered for a secret summit in the Paris suburb of Sèvres, where they agreed on an invasion plan.

It was decided that Israel would strike first, attacking Egypt westwards across the Sinai Peninsula. Britain and France would then issue an ultimatum to both countries to stop fighting. When this was ignored, the two Western powers would attack Egypt from the Mediterranean with a combined force of 80,000 troops, ostensibly to keep the peace.

On October 29, hostilities opened with Israeli air strikes and parachute drops against Egyptian positions in Sinai. On October 31, after issuing their ultimatum, Britain and France started bombing Egyptian targets, then their paratroopers, seaborne forces and armour went in.

Nasser’s response as the invaders inexorably advanced was to sink 40 ships in the canal, forming a blockage that would not be cleared until 1957.

In Britain, there were anti-war demonstrations and stormy clashes in the Commons, with Labour leader Hugh Gaitskell condemning the operation. However, among the public at large there was still some support for Eden’s adventure.

But with dramatic swiftness nemesis came from Washington. The US put a motion to the General Assembly of the United Nations calling for an immediate ceasefire and the proposal was overwhelmingly adopted on November 2.

Meanwhile, the volatile Soviet leader Nikita Khruschev waded in, saying he would launch a nuclear attack on Western Europe unless the British and French withdrew. Although this was an empty threat, it dramatically upped the ante.

In the face of such pressure, there was no alternative for the belligerents but to comply and a ceasefire came into effect on November 7. The British and French pulled out of Egypt and a UN force was sent in to maintain order. In a final blow, the UN granted Egypt sovereignty of the canal.

The death toll of British military personnel was just 16, while France and Israel lost ten and 172 respectively. Up to 4,000 Egyptians died, including 1,000 civilians.

But Britain’s loss of prestige and face in the international community was incalculable, and even now it is hard to fathom the thinking behind the Suez invasion. It was obvious in 1956 that Britain could no longer maintain its place in the world as an imperial superpower – it had quit India, its most prized possession, in 1947. Starting a war that could be seen as nothing but a large-scale colonial police action was ludicrous.

Eden left office in 1957 and Macmillan became Prime Minister. Three years later, he made his ‘wind of change’ speech in South Africa, acknowledging that British colonies would inevitably achieve independence. In view of Suez, perhaps he should have seen the irony.

Meanwhile the 200,000-ton container vessel Ever Given remains stuck across the Suez Canal. Huge traffic jams of ships are building up north and south of it, 100 IKEA containers and (bio-hazard) livestock ships amongst those caught in the logjam. Sixty-five years on from the ill-fated invasion, this new Suez crisis is proving again how vital this passage is for world trade – the lodged ship and the impotent queues painfully symbolic of the struggle the global economy faces following a year of lockdowns.

Update as of 2300 hours 28th March: The container remains stuck, blocking $9.6bn of goods per day and could take weeks to move