The madness of Lockdown Three 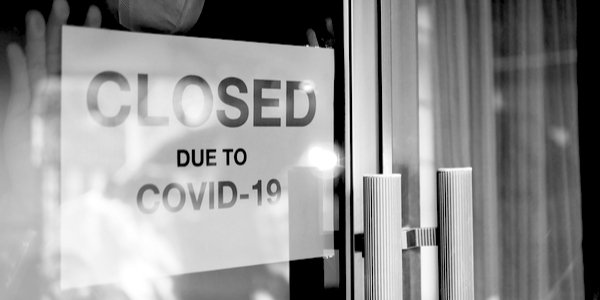 THE first lockdown, and indeed the second, constituted a disproportionate response to Covid-19 by the Government. The third is not only disproportionate, but wrong, cruel, and highly destructive.

Last November I argued against the second national lockdown. Nothing has happened since to change my opinion.

We now know that only (though, I must add, tragically) 388 people aged under sixty with no underlying health conditions have died of Covid-19 in England’s hospitals (according to NHS data, discussed here). Even the hype around hospitals being full fails to justify this latest in a series of Governmental attacks on British liberty and mental and physical health. The NHS is overwhelmed every single year, since long before anybody had heard of furlough, lockdown, or coronavirus. This image is a good illustration:

It seems as though this madness will never end.

Simply put, Health Secretary Matt Hancock is wrong to insist, as he did in November, that ‘the virus remains a potent threat . . . not just to the oldest and the most vulnerable but to anyone of any age and of any background’. The average age of death from the virus is 82.4 (a year higher than that from all other causes); only 8 per cent of those who have succumbed to the virus in Scotland had no underlying health condition, and according to Professor John Ioannidis of Stanford University, the infection fatality rate for healthy under-seventies is 0.05 per cent.

This is not to say that we should do nothing. It is clear that the virus does pose a threat. But to lock down the entire country should be out of the question. The cure is worse than the disease.

One in eight shops never reopened after the first lockdown. What might this rise to after the third (whenever it comes to an end), not to mention the fourth (and fifth, sixth, and seventh . . . )?

What is to become of those who are forced out of their jobs, often after many years of service? Some will undoubtedly become mental health statistics. The Royal College of Psychiatrists has already found that, since the first lockdown, the number of people needing support and advice because of suicidal thoughts has tripled. Caring about the economic impact isn’t just caring about money. Jobs equal lives (and livelihoods).

The rising number of delayed hospital treatments is also no small matter. In April, it was reported that 60,000 cancer patients could die because of lack of treatment or diagnosis due to the lockdown. The longer we lock down, the higher this gets. So much for saving lives.

And then we come to the matter of our liberty – of what kind of country we are. One in which Parliament has control and keeps extraordinary power grabs at bay, or one in which the Government rules by decree? One in which the police work with or against their communities? One in which those near the end of their lives can choose to live their final months with their families, or where they are forced to die alone, prevented – with the threat of a fine – from even hugging a loved one? I know which I prefer.