The man who paved the way for Jordan Peterson 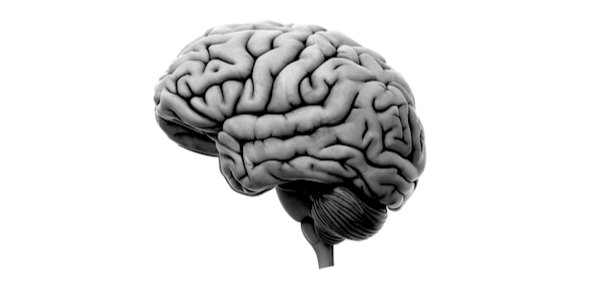 THE science of psychology offers a way for religion to reverse the decline in spiritual contemplation of the last centuries and open the way to a fuller understanding of Christ’s message, one more palatable to the modern intellect. Psychology Professor Jordan Peterson is leading the charge today but his work has a much broader and deeper precedent in Carl Jung.

The thinking and curious Christian, and I count myself one, can be forgiven some perplexity in deciphering what the Bible means in the pursuit of daily life. We can all pick the theme that most requires clarifying but I will pitch in with the question of what happened to the Paraclete that Christ left behind (John 14:16), the Holy Spirit which was to help guide humanity through the challenges ahead? I think psychology may hold the answer but it is useful to begin by surveying the historical barricades that have been strewn in the path of the necessary debate.

The Reformation of the 16th century cleaved Western Christianity in two and the resulting Protestant faith went on to fracture into a myriad Biblical interpretations. Layered on top of this evolving interpretation of the Christian faith, the individual man and woman has been unable to read the Bible for themselves, and thus interpret it, until relatively recently because literacy rates did not allow it. The third and perhaps most formidable challenge for Christianity has been a cultural one. At around the time literacy rates were allowing the majority of the population in Europe to read, the wider debate of how to interpret Christ’s message ran up against the shockwave of the Enlightenment and the intense criticism of the both the Church and scripture that followed, especially after the French Revolution, the Cult of Reason and the growth of imperial science, the latter severely restricting the ability of religion to move in the intellectual space. Friedrich Nietzsche, arguably the greatest thinker of his time, proclaimed ‘God is Dead’ in 1882, religious thinking went out of fashion and most of the finest minds have since turned their energies to the science laboratory or capitalist endeavours.

Now the science of psychology is opening the door to a deeper contemplation of the Bible and one that may prove more satisfying for the modern intellect. In tackling the Bible from a psychological perspective, Jordan Peterson draws in particular on the work of Carl Jung. Indeed it could be argued Peterson is essentially offering a reboot of Jung’s work for the 21st century.

Jung (1875-1961) was the son of a Swiss pastor and educated in the Bible from an early age. Initially working with Sigmund Freud, Jung went on to develop his own distinct theories and become the founder of analytical psychology. Many will be familiar with Jung’s work through personality assessments that assign people as introvert/extrovert and thinking/feeling types. However this is a laughably superficial view of Jung’s published work, much of which was devoted to the study of religion in general, and Christianity in particular, from a psychological perspective. For example this passage from Jung’s Red Book can stand with the most beautiful and poetic contemplations of Christ:

‘You would like to hear of the son of God, who shone and gave, who begot, and to whom life was born again, as the earth bears the sun green and colourful children . . . the radiating saviour, who as a son of the sun cut through the webs of the earth, who sundered magic threads and released those in bondages, who owned himself and was no one’s servant.’

Jung’s argument was that Christ showed the way for humanity to grow through his teachings, the example of his life and his spiritual actions. It is not a call to a hedonistic life – far from it. Jung felt it necessary for the individual to walk through the fire of the Passion, as Christ did, an extreme test of character, carrying their own cross and redeeming their own life in their own individual way against a background of an ambivalent external world that is not within our control, sometimes wonderfully benevolent, sometimes bitterly cruel. It is the individual meaning we find in these events that matters and that may be a comfort to people who hit hard times in their life.

Certainly there is a dramatic shift in psychological emphasis from the Old Testament to the New, from the wrathful Old Testament God, arguably culminating in the trials of Job, to Christ’s message of love, personal sacrifice and forgiveness, of God sacrificing his own son.

From a psychological perspective, the arrival of Christianity in the West caused consciousness to grow. One could argue this was Christ’s intention, so that the darkness could comprehend the light, so that humanity could comprehend the full message of the Logos, the Word of Christ as recorded in the New Testament. This meant consciousness could grow beyond the raw instincts and dream world of the unconscious psyche over the past two millennia. For better or worse Western culture has used its growing consciousness to drive capitalism and materialism, vastly improving material living standards but also creating a weapons arsenal more than capable of making the Biblical apocalypse of Revelations a reality. Spiritual reflection in our time has lagged and has arguably been in decline since the Reformation.

Jung’s psychology, with its call to introspection, offers the opportunity and method to integrate the unconscious psyche and its dream world into conscious life. To return to my earlier question – where is the Paraclete of John’s Gospel? Could it be that the Holy Spirit resides in the unconscious psyche, in what Jung termed the ‘collective unconscious’, activated for its own mysterious purposes or in times when the individual or society hits unusually hard times, emerging from the darkness of a dream or with the lightning strike of a vision? Perhaps this integration would bring matters full circle, Christ’s initial action to grow consciousness being unified with the unconscious psyche from which the former emerged. I believe that is what Jung was driving at.

Since psychology is once again exploring Christianity through its own unique lens, first through Jung and now through Peterson, there may be value in the Christian attempting to view the religion in this way and decide for themselves if there is any merit in it.

As to the future, the two institutions best placed to lead the debate, academia and the Church, are not culturally disposed to do so in the present time, with some notable exceptions in both camps. It seems to me the individual will take the debate forward with the authority of their own individual experiences against the background of a social media environment that greatly empowers the individual, more so now than at any time in history. 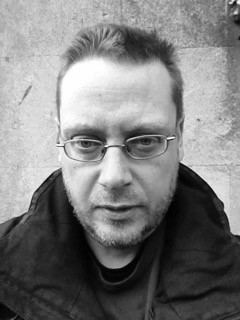 Ken Crawford
I have had a diverse career that has included working with environmental groups and the military. I enjoy writing about social and political issues with a view to creating positive change.