The Manchester bombing and the unseemly appropriation of others’ grief 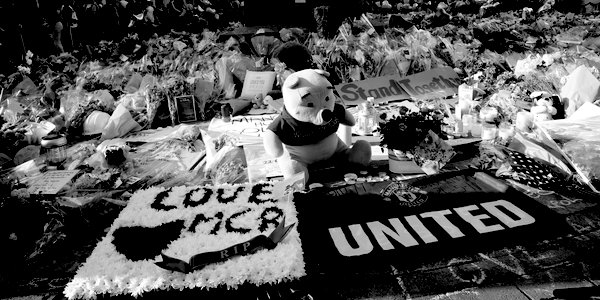 On May 22, 2017, Salman Abedi carried out a terrorist attack at a pop concert in Manchester, murdering 22 people.

The explosion detonated by suicide bomber Abedi tore through Manchester Arena. The victims included an eight-year-old girl, Saffie Rose Roussos, and many teenagers enjoying a night out. Around 120 other people were injured in the blast.

To mark the anniversary of this savage attack we shall not be lighting candles on the streets, nor shall we lay flowers or teddy bears. We will not do the State Approved method of remembrance.

Instead, we are posting this podcast by Mark Steyn who, after gathering his thoughts, said what needed to be said a few days later, on May 30, 2017.

In this powerful 27 minutes Mark notes the Rituals of Post-Terror Management, the State Approved response to these attacks. He also wonders why there is the public appropriation of another’s grief at losing the person they knew and loved. This person is someone we did not know and therefore we cannot possibly mourn them. There is something unseemly in pretending otherwise.