The mane thing is, Eamonn’s not racist 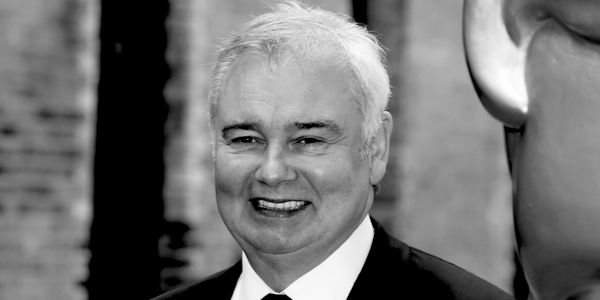 WHEN it comes to my mane, I am oh so very vain. I am used to engaging several different hairdressers on the go at the same time.

The benefit of this is having options for correcting disasters of course, such as with one stylist I had to divorce whose balayage – freehand colouring – techniques ended up turning me into an orangutan.

The outcry earlier this month against Eamonn Holmes, for saying on This Morning that a woman’s hair reminded him of alpaca fur, left me truly at a loss for words.

Entire YouTube videos have been made out of his comments, along with his allegedly micro-aggressive statement: ‘You just want to pet it’ (which I heard as  ‘pat’). There have even been calls for him to be sacked despite his having issued an apology.

The woman in question, Dr Zoe Williams, who is mixed race, posted on her Instagram page a request ‘that people are open to trying to understand where this upset comes from in order to make the necessary changes for future generations’.

The idea she proposes is that British culture needs to be modified now so that such statements are never made and our future generations can avoid feeling upset or offended.

The Eamonn Holmes controversy races on to even more absurd proportions as some of those outraged have pointed out his comparison is an insult to the now famous Geronimo, an alpaca scheduled to be put down after having been injected with tuberculin and testing positive for bovine tuberculosis.

As to the ‘Save Geronimo’ campaign, I can’t imagine how the Government scientific advisory body SAGE would model a potential outbreak of TB in humans after mutating from the alpaca species. But, given the risk of another pandemic, it would seem the most sensible solution to put the animal down.

Anyway, back to the hair controversy.  What would Dr Williams have us all do now then to avoid saying something out of line? Since hairstyles are often referred to as ‘manes’ and ‘mops’, are we now required to use only those approved terms?

Edmund Burke wrote that ‘the mind of man has naturally a far greater alacrity and satisfaction in tracing resemblances than in searching for differences: Because by making resemblances we produce NEW IMAGES; we unite, we create, we enlarge our stock.’

It is apparent to anyone who viewed the This Morning clip that Eamonn Holmes did not intend any offence with the comparison and meant to draw an amusing analogy with perhaps a segue into the Geronimo debate. Yet now he is being shoved into the stocks and pilloried for this perceived ‘racist’ gaffe.

But let’s be clear, despite how the papers described it, there was nothing actually racist about Holmes’s comment. The contention by Penguin Random House (in the above link) that ‘black hair is never “just hair”’ defies any common sense or modicum of rational thought.

This is precisely because to no woman is hair ‘just hair’. We ladies spend countless hours worrying about it, protecting it from the rain, and our relationship with our hairdresser is pretty well as sacrosanct as with our psychotherapist. If you want to know something, ask a woman’s hairdresser, who will inevitably know most of her deepest secrets.

The same people who are calling for Holmes to be sacked are doubtless also the ones who want to ban such movies as Gone with the Wind. Once we start down that road, it never ends. What about Breakfast at Tiffany’s, with Mickey Rooney’s portrayal of an Asian man which many would find deeply offensive?

But back to hair, seeing as it’s now the hot topic in the race wars. Top Shop one summer was doing cornrows at a pop-up hair bar in its flagship store and I went over during my lunch break to see what all the fuss was about.

For £15 I could emerge looking like Bo Derek coming out of the sea in the movie 10 (which would also have to be cancelled due to her sporting a traditionally black hairstyle).

When I returned to the office, the two guys I worked with (I was temping at a start-up firm) looked me over and both seemed pretty uncomfortable.

I have no idea whether the one (public school educated), or the other (more of a Silicon Valley type), thought I had committed the cardinal sin of cultural appropriation, or if I seemed more appropriately coiffed for a sun lounger in St Tropez than a windowless basement off Oxford Street.

In fact all of us women, regardless of race, colour or ethnicity, tend to be hyper-sensitive about our hair. I suspect that Eamonn Holmes and other men interviewing ladies on TV will now be cautioned not to make any comments on their hair, for fear of offending someone watching who may become upset at a microagression toward the female interviewee.

After that, some other unsuspecting speaker will be caught out in public discourse and another subject added to the proscribed list until there is very little anyone can talk about.

At least I will still have my bevy of hairdressers who will never judge my utterances or attempt to shame me for my verbal indiscretions.