The marriage of terrorism and anti-Semitism that produced Jeremy Corbyn 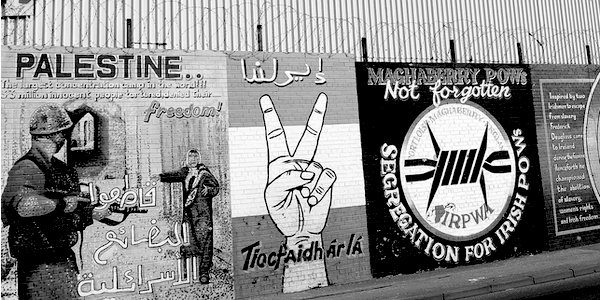 I’m not one to say I told you so . . . but, reading through the recent revelations on anti-Semitism and Labour – I told you so. Or at least I told the Labour Party.

After Corbyn’s election to the leadership my local CLP (Manchester Central) asked members for their initial thoughts. Many were still trying to work out who he was and where the hell he had come from. There was one voice, and I remember it well because it was my own, who warned the meeting that Corbyn’s past associations with terrorists, anti-Semites, misogynists and homophobes would one day come back to bite him. But the general attitude in the room was ‘let’s wait and see’.

Last year, I resigned from the party on the basis that the anti-Semitism that had always been on the fringes of the far Left had now taken root in the leadership itself and that in my view, with the unlamented demise of the BNP, Labour is now the de facto racist political party of this country. I wanted no part of it and I was getting out. It would seem that I am not alone.

One of the reasons I could see this coming was my own experience with terrorism, the Left and their links to anti-Semitic groups.

As a young gunner with the Royal Artillery in the late 70s, when I first went to Germany the Baader-Meinhof (or Red Army Faction) terrorist group were still very active. Not a name that will be familiar with Corbynistas; they might do well to learn a little of their history. A radical Leftist group born in the baby boomer era, they were sick of carrying their parents’ guilt over Germany’s not-so-distant Nazi past. They were anti-capitalist, anti-imperialist and supposedly anti-racist and pro-feminist. Under the leadership of the psychopathic Andreas Baader and Gudrun Enslin they bombed and assassinated their way through 1970s and 80s Germany. Ironically, they ended up, as their parents had done before them, murdering Jews, and founder member Horst Mahler turned out to be a vociferous Holocaust denier.

Anti-capitalism and anti-Semitism have always gone hand in glove. From the Tsarist forgeries of the Protocols of Zion, which influence much of the Arab world, to Ulrike Meinhof declaring that the six million victims of the Holocaust were thrown on the waste heap of Europe as ‘money-Jews’, to the vile mural by Mear One on a North London wall. No strangers to murals, the IRA (which I encountered while serving in Northern Ireland) and the PLO have a long history of co-operation, sharing training camps under the tutelage of the KGB in the ‘first and only Arab Marxist State’.

This is where it all comes back to. The IRA, Baader-Meinhof and the PLO all trained together in the Middle East. Different radical factions, all Left-wing in principle and all with the common thread of anti-Semitism. Whether it be IRA collusion with the Nazis, the anti-capitalist and ‘moneyed Jew’ Left-wing radicalism of Baader-Meinhof or ancient religious and conspiracy theory hatreds of Arabs towards Jews, it’s the same common cause and the same result.

The bonds between Irish republicanism and Arab terrorism are not easily broken. With his association with Hamas and the IRA, Corbyn has a foot very firmly in both camps.

I also have some experience in latter-day terrorism. In the last couple of years I have represented a number of clients arrested under anti-terrorism legislation. Believe me when I say that anti-Semitism and Islamist terrorism are inseparable and cannot be underestimated. They underpin the threat to the security of every single one of us. Should Corbyn win the next election, the thought of him, Diane Abbott and Richard Burgon – shadow ministers for the Home Office and Justice and security respectively – being in charge is frankly terrifying. Future generations will judge us on our attitude towards terrorism and anti-Semitism today. History will not be kind to Corbyn or his apologists.

Criminal defence lawyers often advise clients that it is better to plead guilty to an offence of handling stolen goods than it is to be guilty of burglary. The former is seen as less serious than the latter. But when it comes to sentencing a canny judge is quick to point out that if people were not so willing to buy and use stolen goods there would be no market for them, so the need for them to be stolen would disappear. So the burglar and handler are equally culpable. And so it is with Labour and its anti-Semites and terrorist apologists. If it wasn’t for so many in the party willing to give them house room, they wouldn’t exist in the first place.

But all is not lost. Contrary to propaganda put around by Corbyn supporters, he has seldom been on the right side of history. Every side he has backed has lost. The IRA, Hamas, Chavez, and latterly Maduro, of Venezuela. All failed.

Significantly, it is always the working classes and the poor that lose out under those regimes. Historically, the working classes actually know what it’s like to look fascism in the face and fight it, so they are wary of where far-Left politics will lead them. This is why today’s Labour care nothing for them and it is why Corbynism will and must fail.

It’s also why Corbyn’s support base is so profoundly middle class. His acolytes are mainly affluent, university-educated, spoiled brats playing at sixth-form radicalism and refusing to grow up.

Ironically, that’s where our best hope lies. Fears of a Corbynista insurrection will prove groundless. Despite John McDonnell’s snide attempts to stir up insurrection the far-Left revolution will never come, mainly because his supporters are such a pathetic bunch. Beyond their foul social media threats and the occasional street demo they are completely ineffectual.

I’ve stood toe to toe against them in the street when they have tried to get Jewish businesses closed down under the bogus guise of ‘anti-Zionist’ demonstrations, and aside from a few bully boys they are weak and stupid.