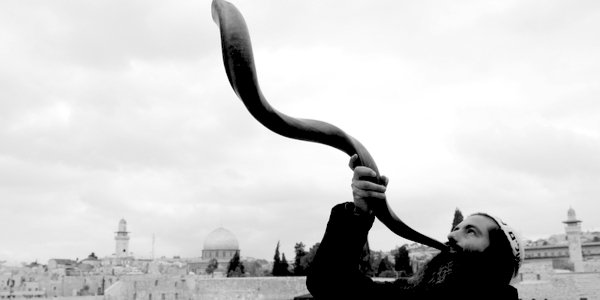 This is the second in a weekly series celebrating the immense Jewish contribution to popular music over the last century.

AS well as writing some of the 20th century’s most-loved songs, many with his brother Ira as lyricist, George Gershwin was the only popular composer of the period to make a significant contribution to the classical music world, combining influences such as jazz and ragtime to unique effect. 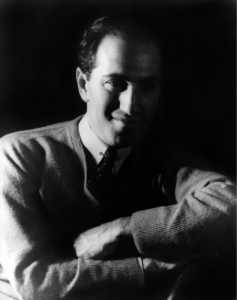 Gershwin was born in New York in 1898 of a Ukrainian Jewish father and Lithuanian Jewish mother. The family’s original name was Gershowitz. He spent his childhood with his older brother Israel, known as Ira, in the New York tenements and had no interest in music, even though Ira was learning the piano. When he was ten he heard a friend give a violin recital, and something clicked. He took over Ira’s piano, to Ira’s relief, and studied keenly under Charles Hambitzer, song-writer and pianist with the Waldorf-Astoria hotel orchestra. Hambitzer refused payment for his lessons, writing: ‘I have a new pupil who will make his mark if anybody will. The boy is a genius.’

In 1913, when George was 15, he left school and got his first job as a song plugger for the Jerome Remick music publishing company. Sheet-music sales determined the popularity of a song, and song pluggers worked long hours pounding out tunes on the piano for potential customers. It was an experience that greatly improved Gershwin’s dexterity and skills at improvisation and transposing. In 1916, he started working for Aeolian Company and Standard Music Rolls in New York, recording and arranging. He produced dozens, if not hundreds, of piano rolls under his own and assumed names, including his first published composition, When You Want ‘Em, You Can’t Get ‘Em, When You’ve Got ‘Em, You Don’t Want ‘Em (the longest title of his career), when he was 17. It earned him 50 cents. The lyrics were written by his friend Murray Roth.

While still in his teens, Gershwin was known as one of the most talented pianists in the New York area and worked as a rehearsal pianist for Broadway musicals, getting more and more of his own songs into shows. You can see what a great pianist he was in this 1931 clip of him playing I Got Rhythm:

In 1919 he scored his first national hit with his song Swanee, with words by Irving Caesar, a Romanian Jew born in New York. He said it took him ten minutes to write on a bus. Here Judy Garland sings it in 1955.

Always seeking to extend his range, Gershwin took lessons in harmony and orchestration from the Hungarian immigrant composer and violinist Edward Kilenyi, and in 1919 composed his first ‘serious’ work, the Lullaby for string quartet, though it was not published until 1968.

While writing songs and scores for revues (none of which has left much of a mark) in 1922 Gershwin and lyricist Buddy DeSylva created an experimental one-act jazz opera called Blue Monday, set in Harlem. It was incorporated in the 1922 edition of a series of annual revues called George White’s Scandals. This is a Russian production.

Blue Monday bombed and was removed from the show after one performance on Broadway, but the show’s bandleader Paul Whiteman was sufficiently impressed to ask Gershwin the following autumn to contribute a concerto-like piece for an all-jazz concert he was planning for February 1924.

One story has it that Gershwin forgot about the request until he read a newspaper article in January 1924 announcing that Whiteman’s latest concert would feature a new Gershwin composition. Another version says he declined because the time schedule was too short, but was spurred into action when he read that another composer was writing a piece. Either way, working at a furious pace, he produced Rhapsody in Blue in a few weeks. It was orchestrated by Whiteman’s arranger Ferde Grofé (Gershwin orchestrated all his own later works).

The opening clarinet glissando came into being during rehearsal when clarinettist Ross Gorman played it as a joke. Gershwin asked him to perform it that way at the concert and to add as much of a ‘wail’ as possible.

The programme was long, with 26 pieces of music. The ventilation system in the concert hall broke down and by the time Rhapsody in Blue came on, second to last, the audience were bored and restless. Gershwin played the piano, improvising some sections, and he did not write out the part until later. Here the work is played beautifully by the Royal Academy of Music Symphony Orchestra with soloist Adrian Brendle.

It received a standing ovation but the critics’ views were mixed. The New York Times said: ‘This composition shows extraordinary talent, as it shows a young composer with aims that go far beyond those of his ilk, struggling with a form of which he is far from being master.’

Lawrence Gilman of the New York Tribune said: ‘How trite, feeble and conventional the tunes are; how sentimental and vapid the harmonic treatment, under its disguise of fussy and futile counterpoint! . . . Weep over the lifelessness of the melody and harmony, so derivative, so stale, so inexpressive!’ The savagery of the review made me wonder if there was an element of anti-Semitism in it.

Part of Rhapsody in Blue was played by 84 pianists at the opening ceremony of the 1984 Los Angeles Olympics.

In 1924 George and his brother Ira collaborated for the first time on the Broadway show Lady Be Good, Ira writing the lyrics. Here is one of its hit numbers, Fascinatin’ Rhythm, danced by Eleanor Powell in the 1941 film of the show.

The Gershwin brothers had an unusual way of songwriting in that George’s melodies usually came first, the reverse of the process in most partnerships. He often composed them within a few minutes; sometimes he dipped into his notebooks of tune sketches and embellished an old melody he had labelled ‘g.t.’ for ‘good tune’. He once said, ‘I have more tunes in my head than I could put down on paper in a hundred years.’ Ira would then spend a week or more fitting words to the tune, polishing each line (to the extent that he was nicknamed ‘The Jeweller’ by other songwriters).

In 1926 the brothers teamed up with P G Wodehouse to create Oh, Kay! which featured the gorgeous Someone to Watch Over Me, sung here by Rosemary Clooney.

This song contains one of my favourite rhymes:

The following year they wrote Funny Face with ‘S Wonderful, sung here by Fred Astaire and Audrey Hepburn in the 1957 film Funny Face.

The same year, 1927, came Strike Up The Band, which included The Man I Love, sung here by Ella Fitzgerald (with a great background of Edward Hopper pictures).

The show was not a success so it was extensively revised in 1930. Inexplicably The Man I Love was removed while other songs were added.

In the mid-1920s, Gershwin visited Paris and applied to study composition with several tutors, who all rejected him, fearing that rigorous classical study would ruin his jazz-influenced style. A letter from the composer Maurice Ravel said: ‘Why become a second-rate Ravel when you’re already a first-rate Gershwin?’ (A similar remark is attributed to Arnold Schoenberg.) While there, Gershwin wrote An American in Paris, aiming to ‘portray the impressions of an American visitor in Paris as he strolls about the city, listens to various street noises, and absorbs the French atmosphere’ including real French taxi horns. It is played here by the Los Angeles Philarmonic Orchestra.

It was incorporated as a ballet in the Gershwin brothers’ next musical, Show Girl, in 1929. Here is part of the score in a scene from the 1951 film An American in Paris, choreographed by Gene Kelly and also starring Leslie Caron.

The next Broadway hit was Girl Crazy in 1930 with the song I Got Rhythm, which I mentioned earlier, and Embraceable You, performed here by Judy Garland in the 1943 film.

In 1935 came another landmark, Porgy and Bess, dealing with Porgy, a disabled black beggar in the slums of Charleston, and his attempts to rescue Bess from the clutches of Crown, her violent and possessive lover, and Sportin’ Life, her drug dealer. Gershwin described it as a folk opera. The critics were cool; they did not know what to make of it. Lawrence Gilman, who distinguished himself with his observations on Rhapsody in Blue, called the song Bess, You Is My Woman Now ‘sure-fire trash’. Of course Porgy and Bess is now recognised as a major work and the song Summertime became possibly the most recorded song ever, with 30,000 known versions. Here it is by Billie Holiday.

After the failure of Porgy and Bess, the Gershwin brothers bounced back, moving to Hollywood in 1936 to write the music and lyrics for the film Shall We Dance, starring Fred Astaire and Ginger Rogers, which was released in May 1937.

Here is a clip of They Can’t Take that Away From Me, one of Gershwin’s own favourites.

Early in 1937, when he and Ira were working on A Damsel in Distress, which had a screenplay by P G Wodehouse, Gershwin began to suffer blinding headaches and a recurrent impression that he could smell burning rubber. He developed co-ordination problems and mood swings. Only after he collapsed and fell into a coma did doctors suspect a brain tumour. He had emergency surgery but he did not survive it and died at 10.35 am on July 11, 1937. He was 38, still brimming with unforgettable tunes which we will never hear.