NewsPaperthe art of publishing
HomeNewsThe Midweek Aria: I Know That My Redeemer Liveth
13

The Midweek Aria: I Know That My Redeemer Liveth 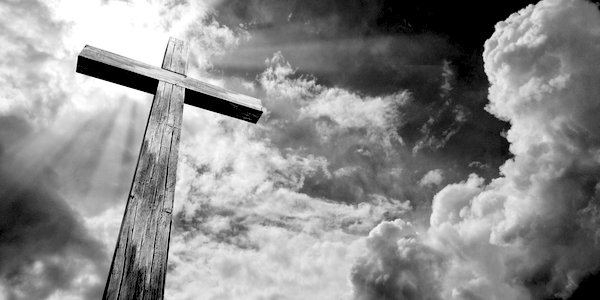 I WAS going to do a Midweek Hymn continuing the Resurrection theme, but the Easter Sunday bomb attacks in Sri Lanka have made me change my plans.

I am shocked at the way the mainstream media are avoiding the word ‘Christian’, preferring ‘Easter worshippers’. As a sub-editor, I could see the second phrase being used as an alternative to ‘Christians’ for the sake of variety in copy, but not to the exclusion of ‘Christians’. There seems a concerted effort to downplay or even ignore Christianity.

So today I wanted to make a statement with something special. I have chosen Handel’s aria I Know That My Redeemer Liveth, from Messiah. It is a profound and exquisite statement of Christian belief.

It is based on three verses from the Bible (all King James):

Job 19:25: For I know that my redeemer liveth, and that he shall stand at the latter day upon the earth:

Job 19:26: And though after my skin worms destroy this body, yet in my flesh shall I see God:

1 Corinthians 15:20: But now is Christ risen from the dead, and become the first fruits of them that slept. (The first fruits are the harbinger of harvest, and this is a pledge of the resurrection of all mankind).

This is an abbreviated version of the words:

I know that my redeemer liveth
And that he shall stand
At the latter day, upon the earth

George Fridrich Handel (1685-1759) was born in Germany in the same year as J S Bach, though the two never met. He worked in Germany, where one of his patrons was the Elector of Hanover, the future King George I of Britain, and Italy before settling in London in 1710. He was granted British citizenship in February 1727 and when the king died in June that year, to be succeeded by his son George II, Handel was commissioned to write the anthem for the coronation in October. Zadok the Priest has formed a part of every British coronation since. Here it is over footage of the 1953 coronation of the Queen.

Handel had success with a number of operas but in the 1730s interest in the form was waning, so he started writing oratorios. From 1735 he worked with librettist Charles Jennens, a wealthy landowner and patron of the arts who lived at Gopsall Hall in Leicestershire. In July 1741 Jennens sent him a new libretto for an oratorio. In a letter dated 10 July to his friend Edward Holdsworth, Jennens wrote: ‘I hope [Handel] will lay out his whole Genius & Skill upon it, that the Composition may excell all his former Compositions, as the Subject excells every other subject. The Subject is Messiah.’

Rather than a narrative, the libretto was a series of verses from the Bible and the Psalms in the Book of Common Prayer.

Handel composed the whole work at his home in Brook Street, Mayfair (now a Handel museum) in 24 days between 22 August and 14 September 1741. The score is 259 pages long and it has been estimated that there are about a million notes in it, which means that Handel would have had to write 15 notes a minute for ten hours a day. (Apparently this was par for the course for him: he started his next oratorio, Samson, within a week of finishing Messiah and completed it in a month.)

At the end of his manuscript Handel wrote the letters SDG for Soli Deo Gloria, ‘To God alone the glory’. You can see pages from it on the British Museum’s website (choose the musical category, click on the cover and turn the pages. I Know That My Redeemer Liveth is at the start of Part III. It remained one of the few sections that Handel never revised).

Messiah was premiered at the Great Music Hall, Fishamble Street, Dublin on 13 April 1742 in aid of three charities: prisoners’ debt relief and two hospitals. There was a packed audience of 700; to accommodate them all, gentlemen were requested to remove their swords, and ladies were asked not to wear hoops in their dresses. The performance was a big success and one report said: ‘Words are wanting to express the exquisite delight it afforded to the admiring and crouded Audience.’ The takings were around £400, providing £127 to each of the three nominated charities and securing the release of 142 indebted prisoners.

Messiah’s first London performance was on 23 March 1743 at the Covent Garden Theatre (now rebuilt as the Royal Opera House).

The reception was cool. Librettist Jennens was not pleased and asked Handel to make several changes. Jennens wrote to his friend Holdsworth on 30 August 1745: ‘[Handel] has made a fine Entertainment of it, though not near so good as he might & ought to have done. I have with great difficulty made him correct some of the grosser faults in the composition; but he retained his overture obstinately, in which there are some passages far unworthy of Handel, but much more unworthy of the Messiah.’

Handel directed two performances at Covent Garden in 1745 then set the work aside for four years. However its popularity increased during the 1750s.

The final performance of the work at which Handel was present was at Covent Garden on 6 April 1759, eight days before his death.

There are numerous performances on YouTube but I have chosen this one, by 11-year-old treble Henry Jenkinson.