The Miller-Major gang and the politics of Toytown 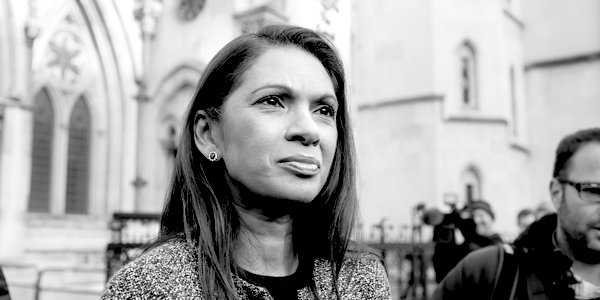 THE retired Supreme Court judge and Reith Lecturer, Lord Sumption, is very probably a Remainer. Nevertheless, as he should, he stood aside from his political preferences and made the necessary judicial distinction between what he considers politically disgraceful and what is lawful when discussing Boris Johnson’s prorogation. He said it was lawful, and that is all that is required of the law.

In spite of this Gina Miller and John Major have dragged Boris Johnson before the Supreme Court in an attempt to enlist it in branding him ‘The Father of Lies’ and further humiliating and crippling, not to say destroying, his executive.

Boris’s prorogation was a tactic (and, it should be noted, one that has failed spectacularly) designed to circumvent the passive-aggressive and contradictory behaviour of the Remainer Parliament that sought to thwart what it voted for. It is certainly two things at once. It is what he said it was; a suspension of Parliament before a new Queen’s Speech rolled up with the Conference recess and a canny means of thwarting the thwarters. In this it is complicated and sophisticated in a way that we can admire.

If, for this, Boris Johnson is the Father of Lies, most Parliamentary tacticians since the year dot deserve the same epithet. Dominic Grieve, for example, is, similarly, a ‘liar’ for bringing forward and succeeding in passing by one vote an amendment that obliged the fortnightly reports on progress in the attempt to restore stalled power-sharing in Northern Ireland. This suggested a deep concern for Northern Ireland. In reality he had got wind of Boris Johnson’s intention to prorogue Parliament and this was merely a sophisticated procedural strategy designed to obstruct it. I don’t like the man or his stance on Brexit but I can admire his wiliness.

In thousands of cases down the ages, politicians have gamed the system. They don’t want to destroy it, as most of them understand that the alternative to cumbersome political systems is probably the kind of rule by warlord we see in the DRC or Afghanistan. However, they play the system they are presented with, within the law, for all its worth, and we should admire them for their sophistication and ingenuity. They use it to address the political condition of humans as they must.

The Miller-Major gang want to enlist the Supreme Court to abolish such inconveniently opaque human clevernesses and replace them with a ploddingly literal process where people can do things for only one reason at a time. They also demand that this reason be transparently on display, at all stages, to such an extent that no politician would ever be able to achieve anything in the face of his or her sempiternal political opponents. They demand that the complexities of realpolitik should be banished and that we all become Pollyanna innocents like they, apparently, are. They seem to want the Politics of Toytown. Beyond this, as there often does with the infantile in adult affairs, there also lurks something more sinister.

In 1814, in his A Philosophical Essay on Probabilities, the French mathematician and philosopher Pierre Simon Laplace imagined a concept that would later be known as Laplace’s Demon. He wrote:

‘ We may regard the present state of the universe as the effect of its past and the cause of its future. An intellect which at a certain moment would know all forces that set nature in motion, and all positions of all items of which nature is composed, if this intellect were also vast enough to submit these data to analysis, it would embrace in a single formula the movements of the greatest bodies of the universe and those of the tiniest atom; for such an intellect nothing would be uncertain and the future just like the past would be present before its eyes.’

A legal system should presume only to be able to look at the surface legality of our actions. It should see it as beyond its remit to peep underneath the surface to discern political motives. Boris’s opponents are demanding that such a sensible system be replaced by judges acting as a kind of moral Laplace’s Demon – judges who can, in a sinister, Orwellian fashion, make windows on men’s souls and determine the morality and the motivation of each of their actions. Of course, apart from my fiction of a moral Laplace’s Demon, only one being has ever been thought capable of such comprehensive knowledge, and that is God himself.

This process in the Supreme Court equates with the attempt by moral simpletons with a totalitarian bent to force us to be good according to their infantile idea of in what goodness consists. It is the same idea entertained by those who think it is the role of the state to make us be good which confuses legality and personal morality. Of course, this project has never been thought to be enforceable outside Pol Pot’s Cambodia or Stalin’s Russia. It is the same mentality that thinks it can reliably discern love and hatred in men’s souls when it encourages arrests for ‘hate speech’. It wants to control us by abolishing human sophistication.