NewsPaperthe art of publishing
HomeNewsThe mirror of history: When a hijacking almost started a war
0

The mirror of history: When a hijacking almost started a war 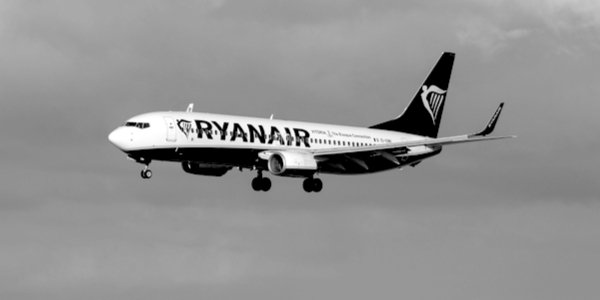 THE outrageous hijacking of a Ryanair jet on the orders of Belarus president Alexander Lukashenko to kidnap dissident journalist Roman Protasevich has dramatic echoes of an infamous incident on the high seas 160 years ago.

The so-called Trent Affair unfolded in a similar fashion and had far-reaching consequences, bringing Britain almost to the brink of war with the United States.

It happened in November 1861 during the American Civil War, when the British Royal Mail paddle steamer Trent was intercepted off the coast of Cuba by the US Navy frigate San Jacinto.

The Trent was en route to England and among her passengers were James Mason and John Slidell, envoys from the breakaway Confederacy,  who were travelling to Europe to try to enlist help for their secessionist cause.

San Jacinto’s captain, Charles Wilkes, ordered shots to be fired across the Trent’s bows, forcing her to stop. He sent over a boarding party which took Mason and Slidell captive, claiming the envoys were ‘contraband of war’.

The two were taken back to the US in chains and the Trent was allowed to continue her journey – a fatal mistake by Wilkes.

Under the neutrality laws, he was entitled to stop and search the British steamer, but he should have left the envoys aboard and declared the ship ‘a prize’, taking it into port for a ‘prize court’ to adjudicate on her fate.

In the US, there was initial rejoicing at the capture of the two Confederates. But it was quickly realised that the seizure was illegal. Much more seriously, it was a blatant challenge to British sovereignty and an insult to the flag.

When news of the incident reached London, Prime Minister Lord Palmerston is said to have told his Cabinet colleagues: ‘I don’t know whether you are going to stand this, but I’ll be damned if I do!’

After much discussion, an ultimatum – which Prince Albert helped draft – was sent to Washington demanding the release of the envoys and an apology for the slight to Britain’s honour.

Palmerston knew that if there was no climbdown he would have to declare war on the United States, and ordered preparations for a campaign.

Any fighting would be on the border of the US with British North America – Canada – and during December 11,000 troops were shipped across the Atlantic to reinforce the existing sparse garrisons there.

The British fleet in the West Indies was alerted to be ready to impose a blockade along the eastern seaboard of the US and attack Yankee shipping. In addition, a military expedition from Canada was mooted to secure a bridgehead on the Columbia River in the undefended US Pacific North West.

There were even tentative plans to thwart any American invasion of Canada by making a pre-emptive strike into the state of Maine, capturing the city of Portland.

Suggestions that British forces could join up with the Confederate armies for a possible assault on Washington were set aside as too problematical.

Yet while the sabre-rattling was going on, neither side wanted an armed conflict and the situation was gradually being defused. In Washington, President Abraham Lincoln decided that ‘one war at a time’ was the best course of action.

After much diplomatic to-ing and fro-ing, US Secretary of State William Seward finally conceded that Wilkes had acted outside his orders and Mason and Slidell were released at the end of December. The British were satisfied that victory was theirs.

More than a century and a half later, a similar drama has just been played out in the skies above Belarus, and how it will end is far from clear.

Will there be a climbdown by the dictatorial Lukashenko, releasing Roman Protasevich? Or will he remain defiant in the face of Western condemnation and sanctions?