The moon and the dark side of China’s space ambitions 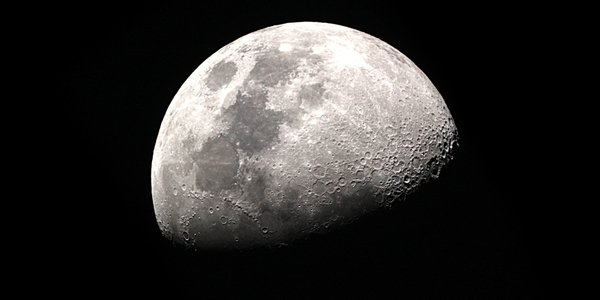 ON January 1 we heard of Nasa’s historic fly-past of Ultima Thule. We marvelled at the technical skill that could launch a satellite on January 19, 2006, and 12 years later have it zoom at more than 32,000mph within 2,200 miles of a small asteroid four billion miles away and send photographs back to Earth.

The next day this stupendous achievement was eclipsed by the news that China’s robotic Chang’e-4 lander-rover had pulled off the first soft touchdown on the moon’s far side, and sent back photographs.

This was followed up on January 3 when, after creeping down twin ramps from the stationary lander, the Yutu2 rover rolled on to the grey floor of the 115-mile-wide Von Kármán Crater, the largest crater on the moon’s dark side. The rover is now conducting the first in-depth scientific exploration of the far side of the moon.

Whinges about stolen technology are immaterial. Whether or not the technology was in part pilfered, the fact remains that China set out to do what no other nation has done, and succeeded.

‘This space mission shows that China has reached the advanced world-class level in deep space exploration,’ said Zhu Menghua, a professor at Macau University of Science and Technology who has worked closely with China’s space administration. ‘We Chinese people have done something that the Americans have not dared try.’ The only flag on the far side of the moon is China’s.

When it comes to space exploration, China is ambitious. It is only the third country, following Russia and the United States, to send its own astronauts into space aboard its own rockets. Its first crewed mission took place in 2003, and since then it has sent a total of 11 astronauts into space and put a pair of space stations into orbit.

China’s space programme is not confined to lunar exploration. In 2016 the state news agency reported on plans to deploy a rover to Mars by 2020. The rover is intended to carry a remote sensing camera and ground-penetrating radar capable of studying the planet’s soil and water, among other things.

China also plans to ‘probe asteroids’ around 2022, and bring Martian samples back to Earth in 2028. Its National Space Administration has announced plans to send an exploratory mission to Jupiter around 2029. And by 2050 China wants to have a robot-operated lunar research station that would be visited occasionally by astronauts.

Although a latecomer, China intends to make the running in space exploration. ‘Our overall goal is that, by around 2030, China will be among the major space powers of the world,’ Wu Yanhua, deputy chief of the National Space Administration, said last year.

China insists its ambitions in space are purely peaceful. The USA is not so sure. America’s Defense Department warns that despite its very public stance against the militarisation of space, China is strengthening its military space capabilities. The Department says ‘Space operations are viewed as a key enabler of People’s Liberation Army campaigns aimed at countering third-party intervention.’

It continues that one of China’s aims in space is to develop a ‘real-time surveillance, reconnaissance, and warning system and is increasing the number and capabilities of its space systems, including various communications and intelligence satellites and the Beidou navigation satellite system.’ The Defense Department has accused China of pursuing activities aimed at preventing other nations from using space-based assets during a crisis.

Speaking of the Chang’e-4 success, independent strategic analysist Namrata Goswami, who has written about space for the US Defense Department’s Minerva Research Institute, said: ‘China views this landing as just a stepping stone, as it also views its future manned lunar landing, since its long-term goal is to colonise the moon and use it as a vast supply of energy.’

China has a strategy of exerting influence, economic, diplomatic and military on a global scale. As noted earlier in The Conservative Woman, China’s military modernisation effort has already provided the first challenge in decades to US might in the Asia-Pacific region. It is now exerting its muscle in space. In 2016 Lt Gen Zhang Yulin, deputy chief of the armament development department of the PLA’s Central Military Commission, said: ‘The earth-moon space will be strategically important for the great rejuvenation of the Chinese nation.’

To counter China’s growing presence in space, a reversal of Obama-era space policies and a return to Nasa’s main function of space exploration is required.

Under Obama, Nasa was in effect repurposed to become not only a space exploration agency but also an ‘Earth improvement agency’. Ex-Marine Corps Major General and former astronaut Charles Bolden  said: ‘When I became the Nasa administrator, he [Mr Obama] charged me with three things. One, he wanted me to help reinspire children to want to get into science and math; he wanted me to expand our international relationships; and third, and perhaps foremost, he wanted me to find a way to reach out to the Muslim world and engage much more with dominantly Muslim nations to help them feel good about their historic contribution to science, math, and engineering.’

Under Obama we saw the cancellation of the Constellation programme for manned space flight, the successor to the Space Shuttle. As a result Nasa is unable to travel beyond the Earth’s lower orbit without international assistance, and going to Mars without help is unthinkable. The US is dependent on the priorities of other nations, many of whom are increasingly influenced by China’s economic power. The future shape of space exploration is being decided.