The moral case for conservatism Part 4 – the community

In the final part of a speech we’ve been publishing by Sam Burgess at the launch of his recently published book, The Moral Case for Conservatism, Sam focuses on the role of and need for community – those relationships of belonging, mutuality and help – in his moral conservative paradigm and which the imposition of a large state destroys, along with opportunity.

Whenever we hear the allegation that limiting government is just an excuse to abandon the poor, conservatives must emphatically make the case that the opposite is true. We want to limit government because a bloated state is invariably toxic for the poorest.

To be clear, there is a legitimate and critical role for government: no one in our country should go hungry, or be left without healthcare or housing. There is enough wealth for us to assure a basic standard of living for everyone.

But the socialist fallacy is that the more money we throw at people, or the more free services we provide, the more quickly their problems will disappear. This has been shown to be demonstrably false so many times during the last century it is astounding that it is still deemed a credible position.

The imposition of a large state breaks down our communities in two key ways. The first of these is by destroying communities of work.

As the Labour Party expanded welfare to unprecedented levels in the first decade of the century, the number of people classed as being in severe poverty rose by 900,000, but perhaps more damagingly the number of workless households doubled. Indeed every single Labour government has left office with unemployment higher than when it came to office. The same can be seen in Francois Hollande’s France in which his socialist policies pushed unemployment up by 25 per cent.

Our workplaces are where we forge friendships, work productively alongside people and cultivate personal pride in the positive contribution we are making to society. It is not a coincidence that the number of unemployed people who wrestle with psychological illnesses such as depression is more than double that of those in employment. While we can debate whether there is a moral obligation on governments to incentivise work, there is certainly a moral obligation not to disincentivise work.

In short, the limited government and pro-market policies of conservatism do not just create wealth, they create work, with all the friendships, camaraderie and purposefulness which that entails.

The second way in which the big state breaks down community is by occupying the space that belongs to the mediating institutions of civil society.

Highly centralised and heavy-handed government dispossesses people of the incentive to get involved and take responsibility for their own community. When governments try to stop communities setting up their own schools, or prevent neighbourhoods from holding their police force accountable, or create endless red tape for small businesses and local interest groups, it stops everyday people from having a stake in their own communities, and it prevents us from forging the relationships which create a community.

The small platoons of society are where we make friends, find mutual interests and share common elements of our national life.

Now I am not pretending that if government simply limited its reach then civil society will just spring into life. A political solution is only ever half the answer. Conservatism has a symbiotic relationship with civil society in a way that the great state-driven ideologies do not. Precisely because conservatism seeks to limit government, we need everyday people to lead the charge to create a healthy culture and engender civic participation.

This is not something that can be mandated by government, but it can be facilitated by government. In order for charities, social enterprise, religious organisations and individuals to make the changes that they wish to see in their communities, they often require financial aid, volunteers, grants or information. It is right for the state to play a limited role here.

If all this sounds familiar, then it should. David Cameron’s Big Society initiative was, in my view, absolutely correct in its driving principles, but as many commentators noted, it was often met with bemusement. It is a telling fact that the percentage of British people who volunteer time sits at 31 per cent, significantly lower than those who donate money (70 per cent).

But this shouldn’t put us off. Encouraging a culture of community engagement is achievable and there have been some really positive success stories in our country, but, like all cultural values, community must be nurtured.

To conclude, in this book I have made the case that the conservative tradition of Burke and Canning, Peel and Disraeli, Churchill and Macmillan, is needed more than ever in a divided country.

One nation conservatism isn’t just hot air, designed to avoid spending money on the needy, but it recognises that the best hope for the enrichment of individuals and communities is found in unleashing all the passion and potential of those who want to make a difference, but are held back by the bureaucracy of excessive regulation and a bloated government.

A conservative government promotes a culture which says that there should be genuine equality of opportunity for all, no matter what family you are born into or where you are from. Increased choice in educational institutions, provision of world-class vocational training and low barriers to market entry for new businesses are just a few ways in which conservative policies can ensure that where you start in life will not determine where you will finish.

It is my sincere hope that conservatives will be prompted to reflect on the human heart of their own tradition, ensuring that it never strays into exclusivity or avarice. But I also hope that sceptics will reconsider their opinion of a tradition which has brought opportunity to millions and in the past has set Britain on a brighter path.

The Moral Case for Conservatism can be purchased here.

Share
Facebook
Twitter
WhatsApp
Email
Previous articleWhen will they accept the link between cannabis and violence?
Next articleThe UK must be able to defend itself, whoever the aggressor 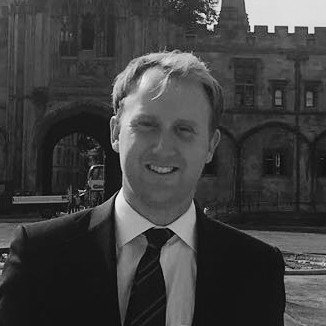