NewsPaperthe art of publishing
HomeCulture WarsThe more normal you are, the more the Regime hates you
0

The more normal you are, the more the Regime hates you 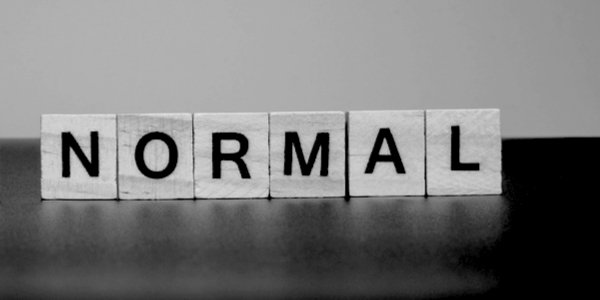 YOU may have noticed lately that if you support issues such as ‘freedom’ and ‘free speech’, and are opposed to perverts grooming your children in schools, you are ‘far-Right’. Well, you’re not far wrong.

What is happening is that normal people are being represented as dangerous to the Regime. It is normal to have conversations about mass immigration (for which no one voted) without anyone present breaking into applause. It’s normal to prefer not to be incinerated in a pointless nuclear war.

We live in a society in which to be normal is to be some kind of extremist. It seems if you are not emotionally unstable you are dangerous, selfish, hateful even.

This applies to wearing a silly mask which actually damages your health, refusing to have injections which

Not having Aids is a bad thing these days. Who doesn’t want to have Aids? Fascists, irrational anti-vaxxers, that’s who. YOU.

If you are a normal woman, and dare to define ‘woman’ in public, you run the risk of being arrested and groped by a man in a wig, before being sent to prison to be raped by men dressed up as you. Normal people think this is insane.

All these far-Right opinions are commonplace amongst the hate group known as ‘The Reality-Based Community’. A few years ago these opinions were about as controversial as gardening.

The Regime is right to brand normal people as extremists, because the more normal you are, the less you depend on the memes of the Regime. You don’t need a drip-feed of virtue signals to compensate for your awful life, you don’t attach your broken identity to lunatic catchphrases, you don’t fetishise consumerism, you are probably not addicted to therapy, drugs, pornography, plastic trash, debt or junk food. If you are not dependent you are independent – which is why being normal is the New Bad Thing.

If you are normal you will not require that your life choices are fortified with feelgood factors™. You will not base your politics on whether or not some mad scheme soothes your neurotic emotions, nor whether it provides you with an excuse to announce your moral superiority whilst voting for the ruin of your (and everyone else’s) lives for a momentary dopamine reward.

Entertainment does not entertain. The news does not inform. Education breeds a grotesque hostility to freedom of speech. The Regime media provides dopamine treats for its dependants, rewarding repeated use with another little crumb of fake self-esteem.

These consolation prizes are for life’s losers, for people who need to retreat, like the lifelong children they are, into fantasy worlds. Social media provides them with a host of imaginary friends to populate these alternate realities, whose purpose is to provide an escape from the durable facts of social reality. From normal people, and from the truth. They are addicted to a packaged, sterile Reality© on special offer from the trusted supermarketplace of ideas.

Free speech, freedom of thought and opinion are dangerous to these Regime loyalists, as nothing exposes a fake like comparison with the genuine article. This is why our illiberal friends know their freedom to behave as they do requires strong censorship and aggressive legal protection, because practically everything they celebrate is a revolting outrage to common sense and decency. It is anti-normal.

Normal speech may once more be permitted on Twitter thanks to an eccentric billionaire. Normal viewpoints which I hear in daily life may no longer be excluded from Twitter because they are true and therefore upsetting. Elon Musk threatens to normalise normality, which is why he is evil and must be stopped. Lol, as all intelligent people say.

Lucky accidents such as this will doubtless be accompanied by movement in the opposite direction. There are other billionaires whose actions you do not like, remember. This is no time to be cheering for the Gates/Bezos/Soros Axis of Evil. You might not like the next one who makes such a revolutionary gambit. Such are the caprices of Bonapartism, which is what I think is beginning to replace Liberalism. A populist leader (whom you may or may not like) from outside the mainstream, supporting broadly authoritarian views tinged with traditionalism. After the deluge, a Bonaparte.

I have already written here https://www.conservativewoman.co.uk/dont-just-sit-there-complaining-change-the-world/ about revolution, which I do not think happens when ‘the People’ ‘wake up’. ‘The People’ do not exist, which is why they have never been known to ‘wake up’. Groups form around ideas and make bids for power. Revolutions happen when a dissatisfied segment of the intellectual class detaches itself from the mainstream and attracts backing from finance and industry. Whilst this is not (yet) a revolution, this splintering of the mainstream into pro- and anti-normal factions is now irreversible.

What this means right now is that the ‘disgruntled intellectual class’ is you and people like you. Normal people. That is how wacky the world has become.

Obviously the money and business side is Musk, whose attempt to hop on the bandwagon of sanity is to distance himself from the increasingly unstable project of Clown World, which now supports

This is ‘progress’. The Regime cannot stop being ever more ‘progressive’. It must push every boundary further and further until it breaks, since it is based on the idea that freedom is the result of destroying every religious, moral, cultural and legal restraint in Western culture. It is a death cult. It asserts the death of God, of your entire culture, of your people and of your homeland. It does not shrink from encouraging you to support the nuclear war in which you will die.

It is completely insane and wholly destructive. If you have not gone mad as a result of being howled at like this, well done. That is a victory of which you should be proud. We shall see how far this new leader is willing – or permitted – to go down the road of radical normality.