The NHS is neglecting child cancer patients. Why won’t the media expose this?

ON April 5 this year I wrote to the news desks and / or health editors of the Telegraph, Guardian, Birmingham Live, GB News and the Express, alerting them to the closure of the teenage cancer wing at Birmingham Children’s Hospital (BCH) owing to alleged staff shortages.

Sadly, my niece is being treated for cancer at BCH and she has received shockingly negligent care. I detailed conditions at BCH which included this summary: ‘The whole ward is filthy. One nurse said: “The NHS is falling apart, it’s even worse overnight”. The conditions my sister describes could be lifted entirely from the Ockenden Report.

‘Only one nurse working the ward, doctors appearing sporadically, bloods not checked properly, aggression towards distressed parents. Please could you investigate and if BCH fob you off, keep going. If it can’t even treat child cancer sufferers decently, then really what on Earth has happened to the NHS?’

I did not receive any reply or acknowledgement from any news reporter or health journalist. So I telephoned the BCH press office myself and asked why the teenage cancer wing was closed.

After two days of silence, I received an email saying I would need to contact a different hospital. I picked up the phone to call again and then the dread panic afflicted me.

What if the hospital finds out who my niece is? What if they further torment her? What if they decide to neglect her care? I put the phone down in defeat.

A few weeks later, the teenage cancer ward had reopened, but alas the care my niece receives has continued to be negligent. Lost reports, rude consultants, cancelled scans, agency staff, maladministered chemotherapy and so on.

So it was no surprise whatsoever when she checked in again two days ago to be handed a letter detailing the arrest of one of the nurses at BCH for potentially poisoning a child to death in intensive care. And of course, this story made the front page of the Sun and was covered by all the major newspapers. The same press release was recycled by all concerned.

And yet when I had contacted similar newspapers with a story of neglect of teenage cancer sufferers that was happening at that very moment, there was only silence.

I can predict what will happen. In ten years time, a report will be written about it all and the BBC’s Panorama might dedicate an hour to ‘the callous way teenage cancer sufferers were treated by the NHS way back in 2022,’ and politicians will promise to ‘learn lessons’. But reporting on the suffering NOW? Forget it.

Well, for any journalists (this does not apply to Allison Pearson, who is a lone voice offering reportage of NHS neglect) wanting to write a good story: Enter any hospital today. NOW.

Spend one hour in one of the Costa Coffees most hospitals now have and talk to relatives of people being treated there NOW. Don’t wait ten years for the official report to be written. Describe it NOW.

An update from my sister this morning: ‘The hospital is surrounded by camera crews covering the poison nurse story and I just wish I could go out and tell the world about the horrific care going on across the board in here. But I won’t, as XX needs me to be positive.’ 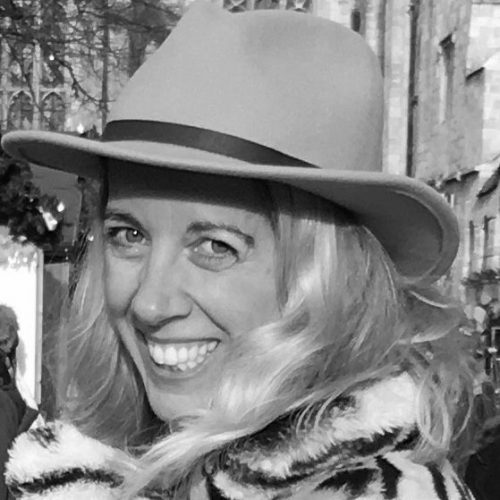