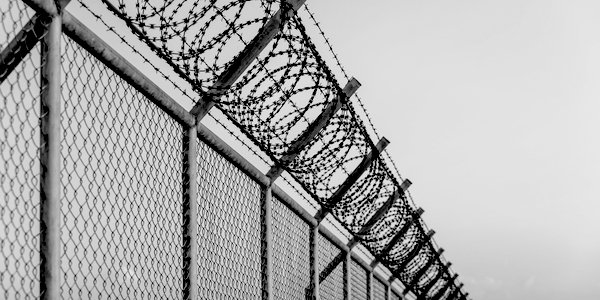 If the government is to be believed, we are into the final straight of the Brexit negotiation, despite the negotiations appearing to have turned into a peat bog. While the talking continues, we hear ‘Norway, Norway’ from the political sidelines. Now, what’s all that about?

‘Norway’ is of course short for European Economic Area (EEA), which comprises the EU, Norway, Iceland and Liechtenstein. EFTA is something different again and includes the aforementioned countries plus Switzerland. But let’s leave EFTA out of it for now. Let us focus on ‘Norway’.

A variety of politicians from all the main parties in the Commons and the Lords, as well as cross-bench peers, commentators and academics have proposed temporary membership of the EEA to allow for an acceptable divorce arrangement to be negotiated. Others have called for long-term membership of the club. I do not intend to go into all the ramifications of EEA membership; I will just focus on what it means for immigration. We at Migration Watch UK have today published a paper in which we conclude that the ‘Norway option’ would keep our borders wide open to an unlimited flow of workers from the EU. Let me flesh this out.

Both those who see the EEA as an interim solution and the proponents of a permanent arrangement gloss over the fact that a consequence of EEA membership would be uncontrolled immigration from the EU continuing. What will this mean? Well, even at current annual levels of net EU migration of about 90,000 (down from 190,000) it would mean an additional 450,000 population over five years, roughly the size of Leeds or Cardiff. Consider the number of hospitals and GP surgeries needed for a city of 450,000. Are we going to build even some of the extra hospitals and dental schools needed and train the additional doctors, midwives, nurses and GPs? No. Which of course will mean even more pressure on existing resources. Will we build the extra houses required? I very much doubt it. Is it any wonder that people are seriously concerned about immigration levels?

Remainers and some leavers have claimed that immigration was a minor consideration in the minds of those who voted in the referendum and it therefore did not significantly influence the result. I say ‘tosh’ to that. They might talk to the likes of Professors Goodwin and Eatwell, respectively of the Universities of Kent and Bath, who in their recently published excellent book National Populism: The revolt Against Liberal Democracy describe immigration as ‘the top concern for leavers’. If EU migration is less prominent in the minds of some of the electorate than it was at the time of the referendum, I suggest it may be because it has fallen from its peak and that Brexit will in any case be the solution to the problem. For all that, one poll in March 2017 found that 68 per cent of the public supported ending free movement. Guess what, folks, the ‘Norway option’ will do no such thing.

Were EEA membership even practicable, and there is considerable doubt that it is, some have claimed that we need have no fears of free movement because as a member of the EEA the UK would be able to limit damaging migration flows. I am afraid this does not wash. The mechanisms available to stem heavy migration flows are cumbersome and limited. Perhaps that is why the Norwegians have never attempted to apply the ‘emergency brake’. They would first have to prove that there were exceptional circumstances then go with their proposal to the EEA Joint Committee. If the committee agreed to any proposed action, it would review the position every three months. Control, such as it might be, would be temporary and entirely in the hands of the committee (in other words the European Commission.) The risk of retaliation would always be there even if the committee went along with the action proposed. Norwegian officials have given this as the main reason for never having gone for the ‘emergency brake’. In any case, it would have little, if any, effect.

There are other examples given of EEA member states applying EU law to expel unwelcome EU citizens, Belgium and Liechtenstein being two such countries. The problem is that the numbers involved are small – the population of Liechtenstein is barely 40,000, and in Belgium’s case there is little evidence of how many of the 2,200 expelled in recent years have actually left.

Regarding the UK, it would mean dealing with much larger numbers, assuming we were able to secure permission to apply an ‘emergency brake’. And if we used existing laws to remove those we decided should not be here, we would face the practical difficulties of locating and removing them. It would not, by any stretch of the imagination, be the control of our borders that most people want. EEA membership would effectively mean we had thrown away the opportunity to stem the uncontrolled, and uncontrollable, flow of EU migrants. This would not go down well with the vast majority of the electorate.