The NY Times catches up with Old Father Biden 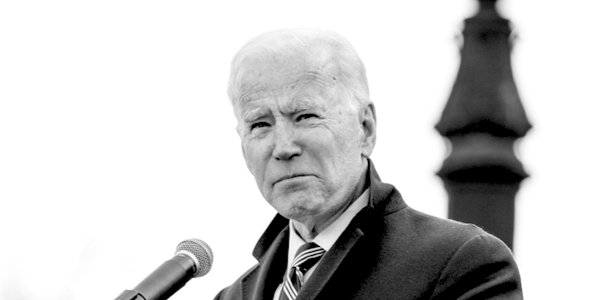 THE New York Times, which like most of the liberal MSM has been highly protective of President Biden, has run two damaging hit pieces based on his age which appear to admit that his presidency has become an embarrassment that Democrats would like to be rid of.

An analysis by chief White House correspondent Peter Baker was an apologetically expressed but devastating account of the president and his performance headlined: ‘At 79, Biden is testing the boundaries of age and his presidency.’

Speaking for Democrats who fear Biden might be tempted to try for a second term, columnist Michelle Goldberg said flatly that Biden was ‘too old to be president again’.

That the loyalist NYT, from which most of the liberal MSM take their lead, should have turned on Biden is an earthquake for the administration. It opens the floodgates for more damaging discussion about the president’s fitness for his office. Democrats are now free to criticise their president with the imprimatur of a flagship ally.

The Times, which chose previously not to discuss Biden’s age, is catching up with a reality that was evident to everyone even before Biden won the Democratic nomination in 2020 when his senility – politely described as cognitive decline – was already on clear display.

With its recent articles, the paper was almost certainly conveying a message from top Democrats to Americans that a White House shake-up is in the works – no matter how it is cosmetically packaged to protect the president’s feelings– because the electoral future of the Democrats is at stake. They are on course to lose Congress this November and the presidency in 2024 even with a candidate other than Biden.

As with Boris Johnson and the Tories, there is a lot of shilly-shallying. No sitting American president has been sacked by his own party. Until now, speculation has focused on whether Biden would run in 2024. The immediate dilemma: there is no better replacement. If he surrenders the presidency, Kamala Harris, a failure herself, gets the job automatically.

Biden’s inadequacies are demonstrated daily in large and small ways such as his gaffes when trying to read a teleprompter, falling off his bike or tripping three time on the stairs of his plane. Although such things can happen to anyone, they reinforce the idea that he is accident-prone.

The real problem has been his handling of the big issues which affect not only the everyday lives of all Americans but also the country’s international credibility. Boasts that this would be America’s century – China, what China? – look hollow as the mishaps pile up, compounding those of George Bush and Barack Obama.

On the home front, how did Biden and his administration miss the supply chain problem and the inflationary danger of flooding the economy with billions of printed dollars? He claimed that inflation was transitory but made it worse. In pursuit of Net Zero, he made America dependent on energy imports again while politically sensitive pump prices soared.

How the world’s richest country – which looks upon breastfeeding aghast – ran out of powdered milk to feed its babies is not a question for an Einstein. It happened because Biden’s officials mistakenly closed down a vital production plant and American law hindered imports available from Europe. It was a textbook example, and there are scores more, of the fatuity of progressivism’s holy tenet that more government is the answer to every problem, even when its inflexibility starves babies.

The unreality of the Democrats’ base – and their contempt for due process – was shown after the supreme court’s repeal of federal abortion. Do something, they screamed, although they know no president has the power to change the court’s verdicts without causing a constitutional crisis.

The administration cares even more about transgenderism. The party of science cannot define what a woman is, referring to ‘birthing persons’, who include men for the first time in history.

The polarisation of America began long before Biden and will continue whoever is president until progressives are evicted from their positions of power. It took a century for them to reach almost total control of the administrative state, the media, education and now the armed forces and that will not easily be reversed.

What is certain is that Biden is not a reverser. Despite a previous reputation as a moderate, he has governed domestically from the left, laughably (in the end) to the extent of wanting to appoint a Soviet-educated Leninist to regulate the currency system. The nomination failed when it was discovered she wanted to nationalise every American’s bank account.

Biden’s record abroad is just as dismal. His approval ratings – now somewhere in the 30s – began to collapse after he abandoned Afghanistan in chaos during which a suicide bomber killed 13 American soldiers at Kabul airport and the US military used a missile to wipe out an innocent Afghan family it wrongly blamed for the attack.

He has, so far unsuccessfully, continued President Obama’s appeasement of Iran over its nuclear weapons development. The Iranians, scenting Biden’s desperation, are avoiding the signature of a deal no matter how much he sweetens it in the mullahs’ favour.

Then came Vladimir Putin’s invasion of Ukraine which he launched because Biden refused to appease him over the stationing of Nato forces – that is, US troops and missiles – on Russia’s western border. Biden, mindful of Putin’s nuclear arsenal, committed himself to a self-defeating promise to secure Ukraine’s independence without providing the means.

The Ukrainians, supplied by Nato with inadequate amounts of defensive weapons, are still fighting but the war is lost whether they or Biden admit it or not.

When Biden took office, he proclaimed that ‘America is back’ meaning that he wasn’t that awful Donald Trump. The fellow leaders he deals with at their endless summits are glad not to be hectored by Trump any more but reportedly treat Biden like a kindly old uncle who’s not quite with it, which is not really an improvement.

That’s the evidence for a failed presidency well under two years in. If they want to avoid a Harris succession, the Democrats have to get rid of her first so that Biden can appoint a viable candidate for Senate approval.

If that happens, a dignified departure for Biden can be arranged in due course on health grounds. However, there is a more brutal option based on his son Hunter’s laptop and the alleged evidence it contains of Biden’s corrupt dealings with China and Ukraine. If the CIA and FBI files on President Ten Percent were made public, Biden could be impeached and removed with the votes of his own party.

It’s unlikely to come to that but the clear message to him is that enough is enough.