The Palace and the difference between class and cla$$ 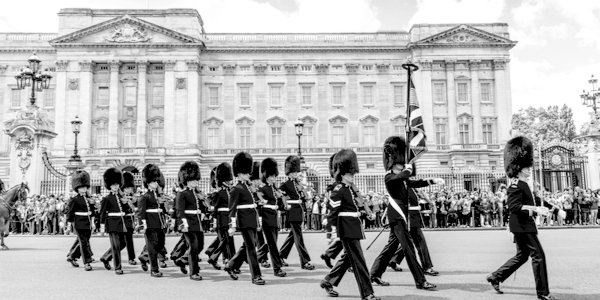 WELL, it goes without saying that it has been quite a week in the culture wars. We needn’t go over that appalling Oprah interview, which has been thoroughly picked apart by now. Instead let us look more deeply at what followed, and what it shows about how the Woke Left has become so dominant and how it can be ultimately defeated.

The first thing to say that the response from the Palace was a work of genius. Plainly whoever crafted it understands human psychology brilliantly: firstly, there was the deliberate pregnant pause, which spoke volumes that Her Majesty wouldn’t be dancing either to Markle’s tune or the media’s. Secondly, there was its succinctness. Its very sparsity was an exercise in the psychological projection of soft power, as the exceptionally powerful often do or say very little.  The contrast with the verbal and emotional incontinence of the nearly two-hour Oprah interview was hugely telling – it was like a disappointed adult dealing with spoilt, attention-seeking children, which of course, is exactly what it was. That is not to say damage hasn’t been done, but nonetheless what looked like becoming an uncontrollable firestorm that could even bring down the monarchy was, if not put out, certainly much dampened. This was the first time that I can think of anywhere that a major institution pushed back so effectively and with dignity: no admission of guilt, no apologies, no panic.

As someone put it quite brilliantly on Twitter: it was ‘the difference between class and cla$$’.

Now contrast the Palace’s response with the craven grovelling of ITV, sacking their star Good Morning Britain presenter Piers Morgan*. It reminded me of the strange removal of the respected Sky News presenter Mark Longhurst shortly after Owen Jones’s notorious temper tantrum following the Orlando massacre. Perhaps Longhurst too was cancelled because he was insufficiently deferential to Jones and by extension the forces of Woke.

What is most interesting in such actions is not the cancelling itself but that instances in the corporate world often seem to defy all commercial logic. ITV’s share price dropped 5 per cent overnight: get Woke, go broke. It tells us something very concerning about our corporate elites that they obviously fear the opprobrium of their peers more than they do their shareholders.

That said, the rise of the Woke corporation has often more method in its madness than is commonly understood. The first thing is that Woke appeals to corporations because it aligns completely with how they tend to think of people: as discretised, internally homogeneous categories to market things to; promoting bland, global Woke identity cultures that do away with messy, complex individualism and localised subtleties makes long-term sense for them.

Secondly, all consumers are very definitely not equal in the eyes of corporations, and in the case of media companies like ITV, those who advertise with them. When building or maintaining a brand, corporations are fixated on attracting the young and the rich, the young because once the habit factor is established they may stay loyal for life, and the rich for obvious reasons. Culturally both demographics tend to be heavily Woke, and both brands and advertising agencies will constantly pressure media companies like ITV to do everything they can to hold on to them. The loss of older and poorer customers, even if they are more numerous, may well be judged a price worth paying. Not only does this drive the removal of star presenters who are judged not onside, like Morgan, but content creation across the board. Indeed, TCW owes its birth to such trends as its founders watched the disappearance of social conservative voices in the mainstream media such as the now Daily Wokegraph.  Woke activists also understand these commercial realities very well, cannily lobbying the advertising customers of major media companies, most famously in the successful removal of the Sun’s Page 3 girls.

The end result is a huge cultural skew towards minority elite opinion. The celebrated feminist academic Camille Paglia opines that Woke has become so powerful in the Anglo-Saxon world because of the historical legacy of puritanism. She may be right, but it is also in the Anglo-Saxon world that income inequality is most pronounced, which explains why elite opinion is so powerful and majoritarian opinion so ignored, even in its corporate citadels.

To defeat your enemies you first have to understand them. Her Majesty showed us part of the way this week with a devastating example of soft power projection, but it is not in itself enough. We have to look both at the corrupt, incestuous Woke elites who run our society and what can be done to break them up, and also how to craft a new capitalist economic model that skews income distribution back to the middle and working classes so that their voices and opinions can be more readily reflected in the culture of our society.

*Morgan’s tantrum looked a little contrived to me – I wonder if he had already decided to go (GB News, anyone?) and wanted to big up his notoriety and market value by quitting in spectacular fashion. The same thought has occurred to James Delingpole, who points out that Andrew Neil has said Morgan would be a ‘huge asset’ to GB News.