The pandemic and a question of timing

An open letter to the Prime Minister

I have to say, I’ve been very sceptical about SARS CoV2 right from the start. It is extremely likely that it was engineered in China (preliminary work done in US), with funding from several agencies in the US; a truly collaborative approach that smells appallingly bad,

And of course with the Repo market troubles in the US, starting back on September 17, 2019, and continuing for a number of months thereafter, it nearly caused a catastrophic collapse in the banking system.

Thankfully, though, BlackRock had anticipated the bankers’ next calamity when they wrote their ‘Dealing with the next downturn‘ paper in July of 2019, and presented it to a bunch of bankers at the Jackson Hole Economic Policy Symposium a month later on August 22, 2019.

The key bullet point in that document:

‘An unprecedented response is needed when monetary policy is exhausted and fiscal space is limited. That response will likely involve “going direct”: Going direct means the central bank finding ways to get central bank money directly in the hands of public and private sector spenders.’

Sounds an awful lot like furlough money/stimulus checks/business grants to me.

The Who’s Who of the banking world were at Jackson Hole, including our then very own Mark Carney of the Bank of England (he of ‘if you don’t fit in with our green agenda we’ll bankrupt you’ fame).

A month later, on September 17, 2019, the New York Fed repeatedly had to enter the Repo market. A month after that, on October 18, your buddy Bill Gates had his Event 201, scenario planning for a coronavirus pandemic that actually started for real a month or so after that!

It appears that just about the only thing they got right that day was co-ordinating efforts, by governments and the media, to censor ‘mis/disinformation’. They certainly did diddly squat about PPE or testing.

And of course, who can forget the rather lacklustre performance of the US military in the Military World Games 2019, which ran from October 18 to 27 – in Wuhan, China! It was almost as if their minds were elsewhere.

I have to hand it to your overlords, Boris, they really have played a blinder. I’m convinced that they brought their Covid plan forward, probably by a few years, because of the imminent collapse of the world’s economy. And they don’t like these things happening naturally. They prefer to contrive their own calamities in order to exert some control and influence on the unfolding of their plan . . .  Order out of chaos (ordo ab covid).

So, when they eventually do bring down the entire economy on purpose, they’ll have their scapegoat Covid-19 at the ready, and blame it on that. They were only trying to save the world after all (where’s Crash Gordon when you need him?)

Of course, we’ll need to have a great reset, a shiny new digital currency (eventually acquiring an expiry date), with no physical cash allowed. And they will take advantage of their Great Reset to impose their environmental, social, and governance agenda upon us, thereby throttling the concept of a free market economy, further strangling small enterprise, and choking the population to more ‘sustainable’ levels.

Why anyone of sound mind would allow the very people who are responsible for bringing us to this point to impose and implement their Great Reset is anyone’s guess. Maybe it’s our turn?

You and your cohorts are way past your ‘use by’ date, and I don’t know how much longer I can hold my nose (your masks are about as useless at keeping out the stench as they are at keeping in, or out, a virus particle 5,000 times smaller than the weave of said mask’s fabric).

I’m going to pretty much leave it there for the moment, Boris. But I have a lot more to say on the furtive, underhand way you and your uber-cabal have gone about your attempts to recast our world, and our society, in their rather ugly, shallow, archontic image; with absolutely no discussion with the population of this planet.

That speaks volumes on what you ‘elites’ really think of democracy; with you guys in charge, democracy is dead . . . and has been for quite some time.

You and your lot have raped, pillaged and poisoned this planet for all of recent history (245 years), and you have cynically adopted a supposedly green agenda for nefarious purposes.

When the Club of Rome callously sought ‘a common enemy to unite us’ in 1991, in their First Global Revolution report, they wrote this on page 115:

‘The Common Enemy of Humanity Is Man

In searching for a new enemy to unite us, we came up with the idea that pollution, the threat of global warming, water shortages, famine and the like would fit the bill. In their totality and in their interactions these phenomena do constitute a common threat which demands the solidarity of all peoples. But in designating them as the enemy, we fall into the trap about which we have already warned, namely mistaking symptoms for causes. All these dangers are caused by human intervention and it is only through changed attitudes and behaviour that they can be overcome. The real enemy, then, is humanity itself.’

Notice, your buddies weren’t looking to save the world, they were looking for something that fitted the bill, to meet their objectives. Nothing more.

In essence, they wanted to manipulate us into waging war against ourselves. Sadly, so far, they have been very successful in duping so many to do just that.

The Rio summit, just one year later, birthed Agenda 21. The rest, as they say, is history. We are currently living through their First Global Revolution, and you, Boris, are aiding and abetting them, with no mandate whatsoever to do so.

My next missive is going to be a trip through the Covid-19 landscape, where we’ll be stopping at a number of interesting viewpoints, any number of which should leave a curious and inquisitive mind questioning the story they’ve been sold so far, by your ‘reliable & trustworthy’ news sources. It really is going to be a story of co-ordination, coincidence, contradiction . . . and consequence, for those who didn’t play along.

Let’s see how the narrative holds up, Boris. Speak soon.

A longer version of this article can be seen here. 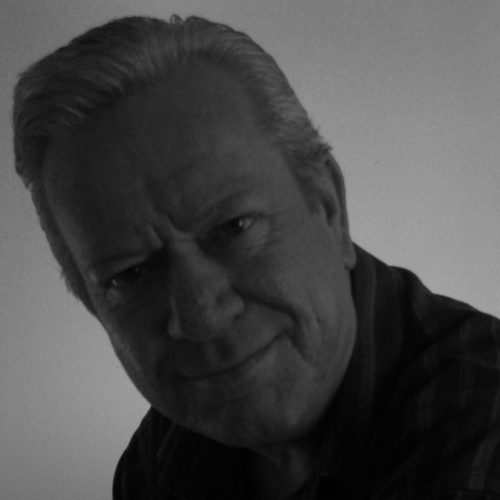 Roddy Duncan
Roddy has been in the marketing business for over 25 years, specifically database marketing. His ongoing interest is in the possible future of databases, and what they might become capable of.